A Fantasy Adventure – Act 16a.

The party had returned to the city, to find a very worried Frito being tailed by a depressed looking Kobbe. They had worked out that financing the renovation and staffing of their new house was going to cost the party all their gold and lots more besides.

However Frito remembered an old map that he had picked up in the wererats' lair. The map showed an island surrounded by reefs, but there was a safe anchorage marked in a bay. It appeared to have it's coordinates shown but none of the party were sailors so couldn't decipher them. In the interior of the island, a stepped pyramid shaped temple was marked.

Frito went down to the North Docks to try and discover more. There he went into The Thirsty Sailor, an infamous dive. Frito asked around for information about the island and for a ship's captain that could take the party there. Sax Dread, a notorious hobbit thief and knife-fighter, challenged Frito to a knife-fight; if Sax won he would get Frito's knife, if Frito won Sax would help the party find a ship. 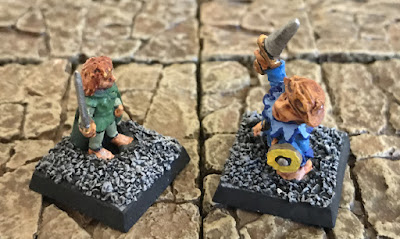 The challenge was, as usual, the best of five. Frito won surprisingly easily, he got the first three "touches" with his knife. Maybe there was more to Frito's past than anyone else in the party knew about.

Sax took the party to meet Captain Finn "The Ghost" Morrow on board his 70 ft 2-masted ship, the Golden Hind. Wildbladder, the paladin, took over the negotiation and managed to persuade the captain to give them passage there and back for 300 gp. The captain was so happy with the deal that he even offered to take Eeyore, the party's pony, free of charge provided that Wildbladder mucked out the hold after Eeyore.

The next morning, the party boarded the ship and set sail for the island. 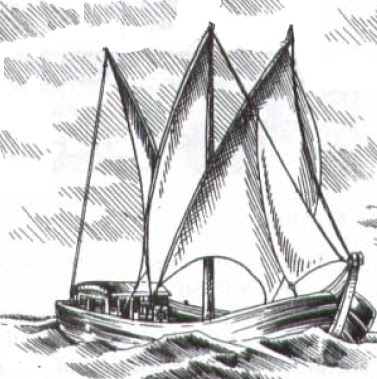 The Golden Hind arrived at the island and Captain Finn "The Ghost" Morrow carefully followed the navigation instructions on the map to pass through the reef into the bay and anchored up. The party was sent ashore in a rowboat. Once ashore, they found the track leading inland as marked on the map and followed it.

They arrived at the temple just as dusk was falling. They camped overnight and in the morning proceeded towards the temple. 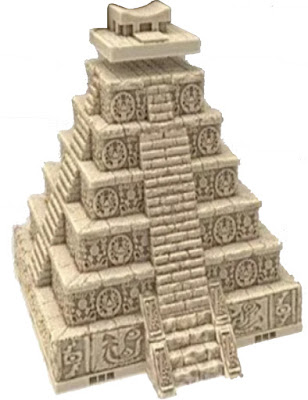 The party moved towards the temple's steps. They trod carefully across cracked and overgrown flagstones, stepping over fallen and shattered pillars, pushing aside vines and briars.  Then the earth shuddered and gaped open beneath their feet and they fell amidst the roar of collapsing masonry. Dust filled the air and the sunlight disappeared as the darkness swallowed the party. 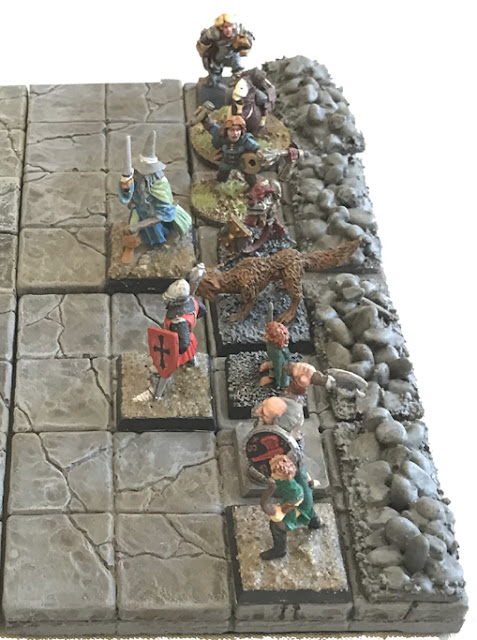 As the dust settled it was no longer pitch dark. Although there was no sunlight coming in, 6 small reddish oily glowing lights could be seen moving slowly towards the party. The Bishop of Bathenwells tried to remember his light spell, but before he could the giant fire beetles attacked. 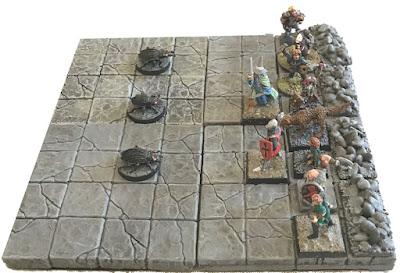 Frito ran behind the first beetle, jumped on its back, and stuck his short sword into the beetle killing it with one sure thrust. 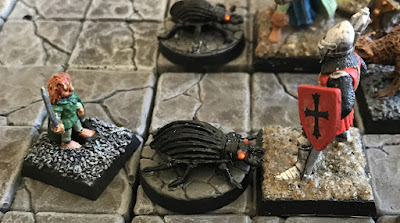 The second beetle went for Kranoval, but was chopped up by Gimlit. 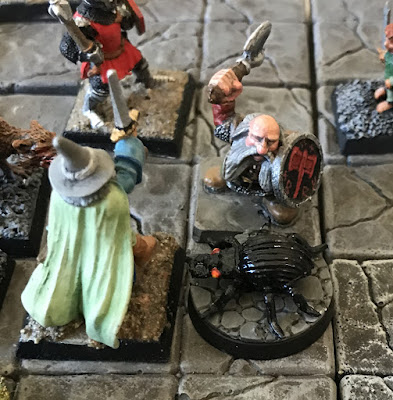 Wildbladder finished off the third. 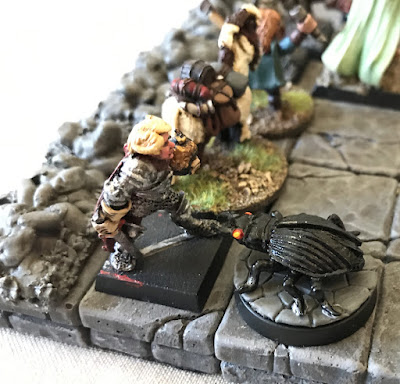 The party left the room via the door and entered a hall which was 20 ft wide and 60 ft long. It had a dead end. In the middle of the hall, with its back to the left wall stood a 12 ft high stone statue of an ogre. The party searched the room.

Frito examined the statue. Its eyes appeared to be black shiny glowing gemstones, its nose and forehead are chipped and scratched. With Gimlit standing guard, Frito climbed onto Wildblader's shoulders and then onto the statue. 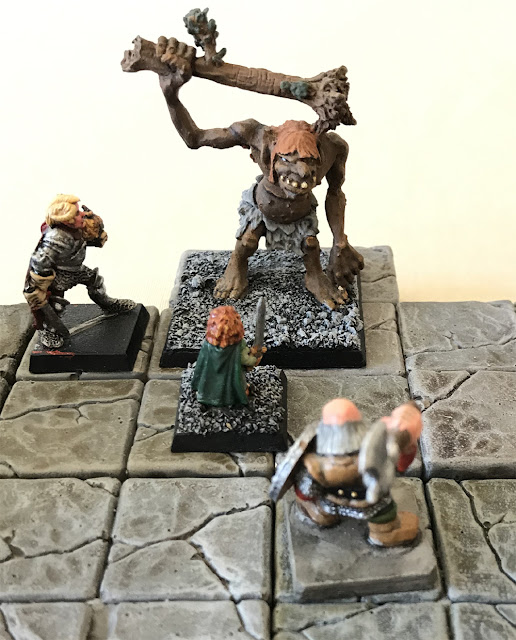 As Gimlit attempted to pry out its eyes, the statue fell forward. Both Gimlit and Frito jumped to one side but were both hit by the falling statues. The gems worth 50 gp each could now be prised out.

Behind the statue was a short hallway ending in a door. 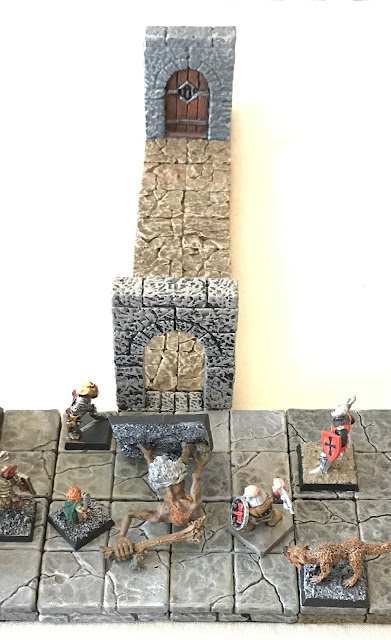 The party went down the hallway led by Gimlit and Bathenwells to the door. On the door were inscribed the words: “Behind this portal is death”.

Gimlit opened the door, and out shot three magic missiles and hit him straight on the chest. Behind the door was a small alcove, the far wall from which the bolts came radiated magic. 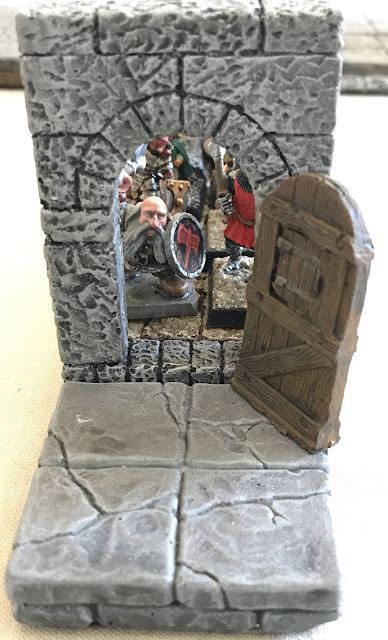 Gimlit, Bathenwells and Frito went into the room and searched. Finding nothing, they closed the door and searched again. 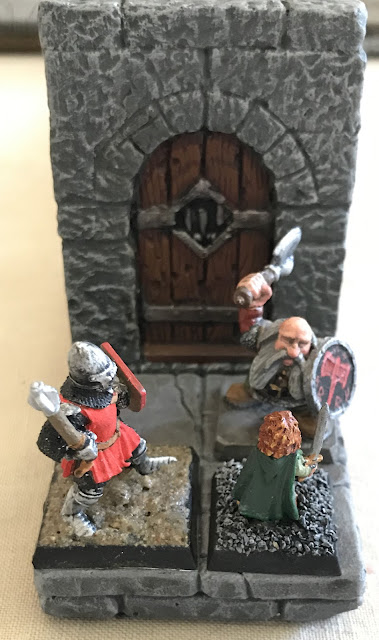 Bathenwells opened the door to leave, and three magic missiles hit hon straight in the back. 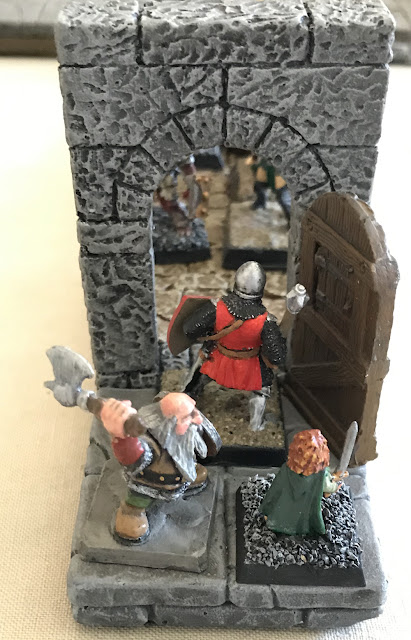 Deciding that the door was just a detraction, the party searched the passageway and Kranoval, with Gimlit's help, found a secret door or the right hand side. Frito and Kranoval opened the door.

When the door was pushed open, the party could see a 50 ft long 40 ft wide chamber. The roof was supported by 4 pillars and in the far wall was a large double door. In the middle of the chamber was a coffin. Chained to the walls, by neck, wrists and ankles, are 12 skeletons probably dead prisoners. 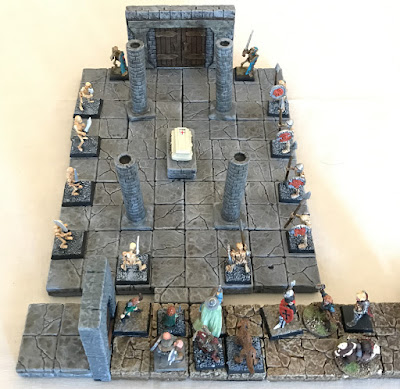