Army HQ had tasked the squadron to pick up a spy with critical information from behind enemy lines. The spy was hiding out in a Belgium farm to escape the German troops that are out hunting.  Lieutenant William Algernon "Billy the Bishop" Tempest bravely volunteered to fly the pick-up in the Brisfit with his friend Lieutenant Terence “the Rook” Turner escorting in his Sopwith Camel.

However they were attacked by two Fokker D.VII scouts and the Brisfit was shot down, crash-landing in a meadow near the farm. In his shot-up Camel, Terence “the Rook” Turner saw the fate of his friend. Not wanting to face the two Fokkers, Terrence turned for home vowing to return to pick up both his friend and the spy. There is a report of this action.

On returning to his airfield, Terence “the Rook” Turner commandeered another Brisfit. Captain Jack "Casanova" Yates had just returned from another mission, and offered to escort the Brisfit. 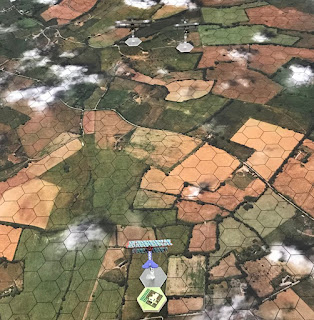 The sly Hun slipped his Fokker D.VII to the right, planning to get on the port side of the Sopwith Camel, knowing that the Camel turned poorly to port. Even Turner chose to slip the Brisfit to starboard, opening the distance to the Fokker. 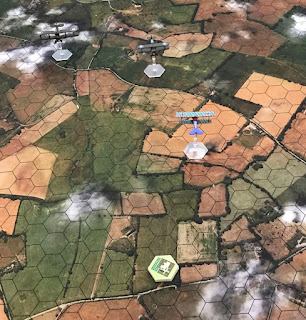 The Camel turned slowly to its left, while the sly Hun reversed the direction of his slip, and opened fire at close range. 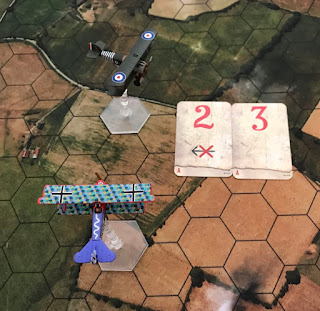 Distracted by the tempting target that the Brisfit made, the Fokker turned towards it. Without a crewman in the rear seat, the Brisfit couldn't return fire. However the Camel turned sharply right and got a close range shot at the Fokker. 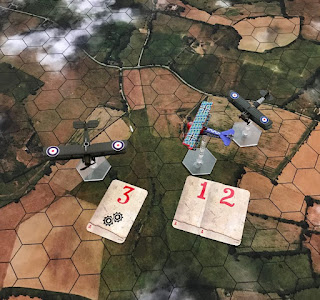 Yates in the Camel turned onto the tail of the Fokker which was still concentrating on the Brisfit. The Camel got a lucky shot which damaged the Fokkers rudder. But the Fokker opened fire on the Brisfit, but both Spandau machine guns jammed. 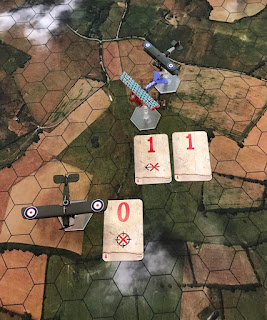 With its rudder damaged, the Fokker turned sharp right in an attempt to avoid the Camel. The Brisfit turned in towards the farm where Billy the Bishop was hiding together with the spy. 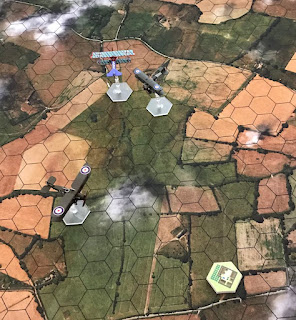 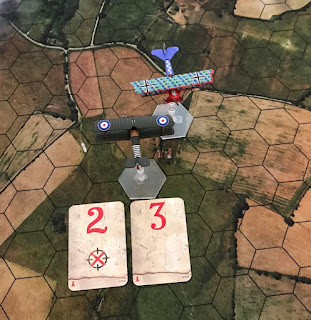 The Camel got onto the tail of the Fokker, but Yates was still trying hard to unjam. The Brisfit was slowing down getting ready to land as it approached the meadow next to the farm. 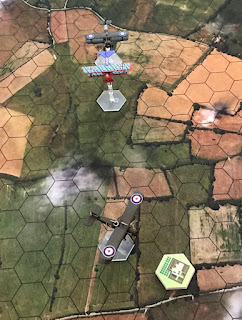 Yates had finally unjammed his machine guns, and opened up from a close range tailing position on the Fokker. The Fokker opened fire on the Brisfit, determined to destroy it before it could land, but for a third time this mission the Fokker's machine guns jammed. 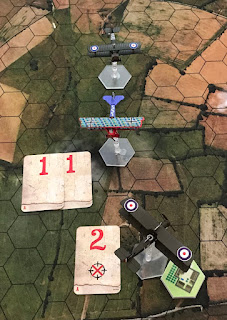 The Fokker could take no more, and crashed into a field. 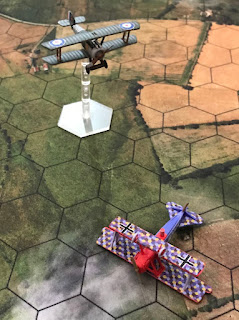 Upon returning to their aerodrome, "Billy the Bishop" Tempest bought both Terence “the Rook” Turner and Jack "Casanova" Yates double whiskies in the Officers' Mess to celebrate being plucked from the jaws of the Huns.

The Fokker pilot limped away from his wrecked aircraft. He hitched a lift back to the airfield on a horse-drawn supply wagon. Once back, he tore a strip off his mechanic, how was it possible that the Spandaus could jam three times in a single mission. The mechanic promised to check all the bullets thoroughly before future mission. Special Effect: the Hun pilot may ignore the next jam result he gets.