This is the thirteenth scenario in a Battle of Britain campaign that follows the exploits of the fictitious Country of Dampshire 369 Squadron Auxiliary Air Force. We use the Wings of Glory WW2 rules, slightly modified to give faster play, together with our own set of campaign rules. We use the Wings of Glory planes where the right model is available, other manufactures are used to fill in the gaps.

All three German Air Fleets were to lauch attacks on Britain when the fine weather they had been waiting for arrived on August 15th.

Luftflotte 5 based in Scandinavia launched attacks with He 111 bombers escorted by Me 110 fighters from Stavanger and Ju 88s from Aaborg. Because of the distance involved, the Me 110s left their rear-gunners behind to allow for extra fuel, however this was not expected to be a problem as the Luftwaffe believed that all of Fighter Command was tied up fighting in The South.

The armada consisted of 115 bombers and 35 fighters which approached Britain in two prongs. The incoming bandits were tracked by RDF and RAF fighters were sent to intercept. When the RAF formation leader spotted the bandits, he continued to head out into the sea in order to attack out of the sun. This caused one of his wingmen to ask, “Haven’t you seen them?” In a reply that was to become famous throughout fighter command, the leader said “Of course I’ve seen the b-b-b-bastards, I’m trying to w-w-w-work out what to do!”.

Of the 150 planes sent on the raid, 22 were destroyed, as a result of which Luftflotte 5 never attacked again in strength for the rest of the Battle of Britain.

Pilot Officer Cholmondeley Featherstonehaugh returned to 369 Squadron after a few days recovering from his wound. Squadron Leader Foxy Moron, the Intelligence Officer could see that Featherstonehaugh was still not fully recovered; he seemed so introvert, just wandering around alone mumbling "Bang! It will work! Cuckoo clocks! Freezing! Bang! Got him!".

Pilot Officer Sir Price was going up to Scotland to visit with some friends from his Dartmouth days. He was going to fly up in the squadron's "Maggie", so Foxy persuaded him to take Featherstonehaugh along for the ride.

Sir Price landed at a RAF Acklington to fuel-up the “Maggie”. The chaps had just hopped out and were on their way to the Mess for a drink when a dozen pilots, rushed out, ran past them, jumped in their planes and scrambled! “What’s all the fuss about?” asked Sir Price.

RDF had detected a large raid of bandits heading in from over the North Sea. “Oh my”, said Cholmondeley, “We can’t do much good in the Maggie”. To which Sir Price replied, “That’s true, but I saw a couple of old Hurricanes parted on the taxiway when I flew over them for landing”. “Jolly good”, said Cholmondeley, “Off we go! Tally Ho!”.

Sir Price in the lead, spotted the Kraut formation. An Me 110 in the lead with a couple of Ju 88s behind. In his excitement, while manoeuvring towards the Germans, Cholmondeley managed to bump into Sir Price damaging both Hurricanes.

Seemingly unaware of the Me 110s frontal firepower, both Hurricanes headed straight towards it. The Me 110 gave Sir Price a nasty burst and then despite Sir Price’s manoeuvrability advantage, the Me 110 managed to get on his tail with an Immelmann. 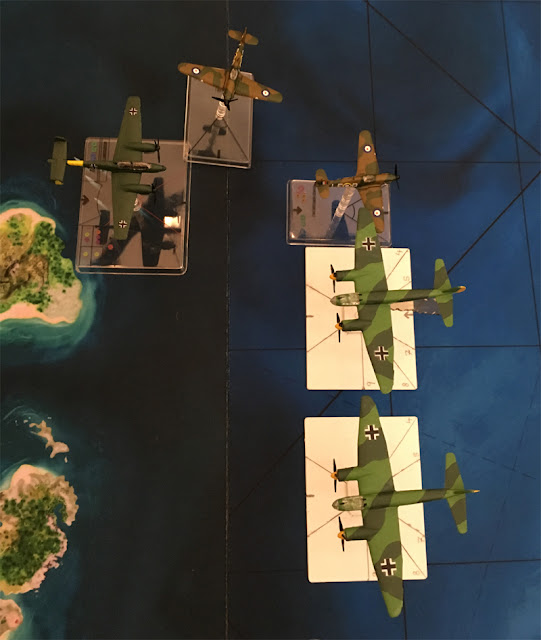 The Me 110 did for Sir Price while Cholmondeley concentrated on the bombers. Soon smoke was pouring out from the bomber’s engine. 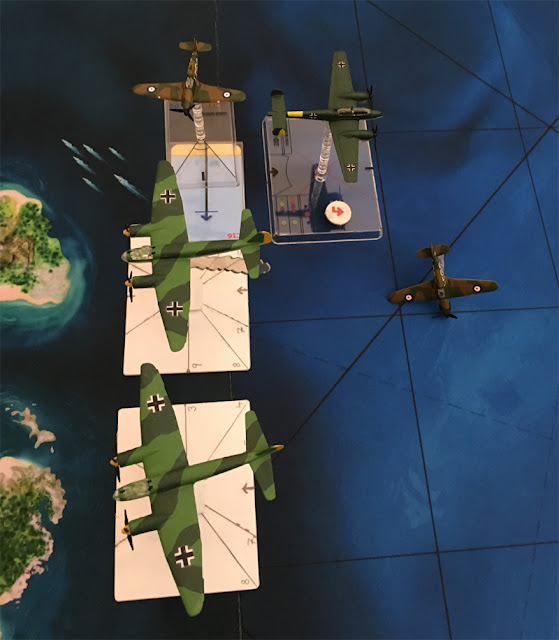 Cholmondeley stubbornly concentrated on the bomber in his sight, its smoking engine then caught fire! The Me 110 turned to try and catch up and protect the bombers. 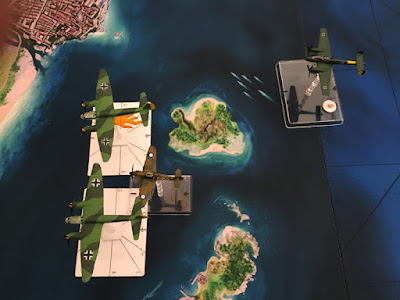 However Cholmondeley’s luck ran out, and his borrowed Hurricane gave up under the hail of return fire from the bombers.

The fire on the Ju 88 could not be put out, the plane continued flying towards land and as soon as they reached the coast, the crew baled out and were taked prisoner by the local Home Guard. The second Ju 88 continued with its mission, bombed the Coastal Command airfield that was its target and then returned to its base over the North Sea.

Cholmondeley managed to nurse his Hurricane back to base and make a dead-stick landing, which was nearly perfect until he ran out of field and went straight into the hedgerow. Carried away on a strecher, he claimed a kill of the bomber which he had seen in flames.

Sir Price crash landed near the coatline and hit his head on landing. In the ambulance he had a miraculous recovery when he heard the nurses talking about the brave Pilot Officer Featherstonehaugh who'd shot down the Hun in flames. He jumped up, ripped of his bandages and rushed to the airfield where he pointed out that the Hun was his, he'd shot at it first, and Cholmondeley had just sneaked in and taken it from him.

Even the local Home Guard claimed a shot down Ju 88, they had opened fire with their shotguns when the flaming plane flew overhead.

Although the wreckage from only one Ju 88 was found, it was decided to award two kills: one to encourage the Home Guard and one to be shared between Cholmondeley and Sir Price.

Sir Price decided he didn't like Scotland any more, so early the next morning he stuffed the still bleeding Cholmondeley into the back of the "Maggie" and flew back south.

As the Germans flew this mission from Scandinavia, we used no-name pilots for them.