The Decider - The Battle of Beneventum (275 BC)

Instead of using the normal board, I used a board made by a good friend. It folds out like in many children's books, and the camp fortifications and woodland popped up. 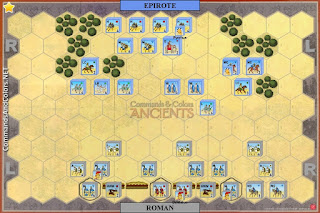 The battle commenced. Looking at the Roman fortifications, Pyrrhus decided the best thing to do was to storm them. 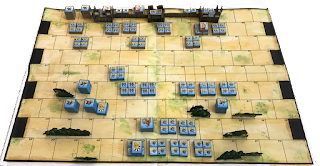 As the Romans skirmished, Pyrrhus advanced his centre.

The Romans reformed their lines, bringing forth reserves from the fortifications and hiding the decimated legionaries in the rear.

Pyrrhus ordered his front line to charge. The Warriors rushed the legionaries and the Medium infantry double-timed to keep up. 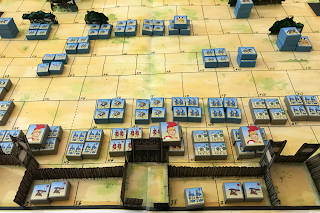 The fierce Warriors smashed through the Roman light infantry, climbed the ramparts, eliminated the already decimated legionaries behind.

The Medium infantry attacked the elite Roman legionaries, although the caused some casualties, they were both pushed back with severe losses. 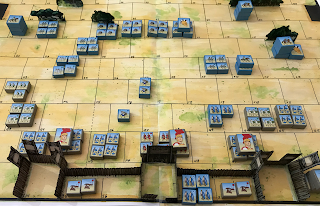 The Romans counter-attacked, pushing out the Warriors from the fortifications but taking losses themselves. They also took the chance to attack the retreating Medium infantry. 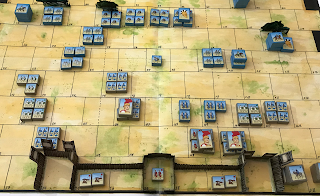 Again the Epitotic Warriors charged the fortifications, massacring the elite Roman legionaries occupying the central camp and destroying half of the Roman ballistae. 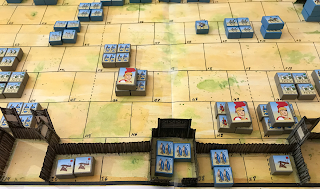 The Romans had had enough of the pesky Warriors, and attacked in force, only a small unit a warriors managed to escape back to their own lines.

Pyrrhus now ordered his phalanx forward, which engaged and destroyed a unit of Roman legionaries. 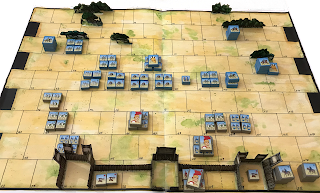 Pyrrhus brought forward the cavalry on his left flank, intending to attack and destroy the Roman cavalry.

But before they had a chance, the Roman cavalry performed a Mounted Charge... 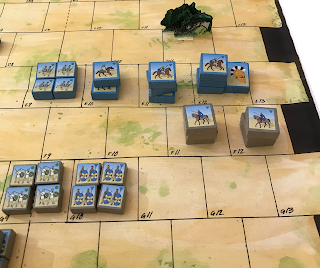 ...and slaughtered both the opposing cavalry units and causing their commander to flee into a nearby forest. Thus they turned the tide of the battle. 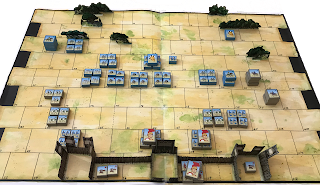 In a vain attempt to save the day, Pyrrhus ordered his right flank to attack, destroying a Roman unit. 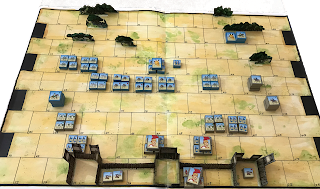 But now Pyrrhus couldn't stop the Roman cavalry, they had tasted victory and they rolled up his left flank. 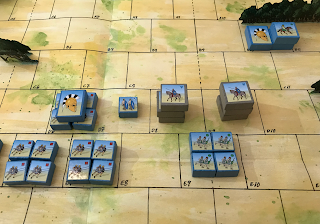 It was a historical result! Pyrrhus withdrew from the field with what was left of his army and returned to Epirus, never to return to Italy. Beneventum was the final pivotal battle in the Roman Republic's bid for control of the entire Italian peninsula, and the first great victory of the legion over the phalanx.

With a result of 7 victory banners to 6, it was "the nearest-run thing you ever saw in your life".