This is the eighth scenario in a Battle for Malta campaign that follows the exploits of the Country of Dampshire 369 Squadron Auxiliary Air Force fighting against the Regia Aeronautica squadriglia d'aquila - two fictitious squadrons. We use the Wings of Glory WW2 rules, slightly modified to give faster play. We use the Wings of Glory planes where the right model is available, other manufactures are used to fill in the gaps.

When Italy entered the war on 10 June 1940, Malta's air defence rested on Gloster Gladiators, which managed to hold out against vastly superior numbers of the Italian air force during the following 17 days. Initially there were six Gladiators, though after a while, only three were able to be flown at any one time because of a shortage of spare parts, and they became known as "Faith, Hope and Charity".

Four Hurricanes which had been flown out to Malta from Britain the previous month via France and North Africa joined the Gladiators at the end of June, and together they faced attacks throughout July from the 200 enemy aircraft based in Sicily, with the loss of one Gladiator and one Hurricane.

Knowing what dire straits Malta was in, the mission 'Operation Hurry', was formed to reinforce The Malta Fighter Flight. HMS Argus left Scarpa Flow with the 12 Hurricanes of 418 Flight RAF on board. They joined ‘Force H’ at Gibraltar and headed into the Mediterranean. At dawn on 2nd August 1940 HMS Argus was just of the west of Sicily, 418 Flight RAF took off from the deck of the aircraft carrier and flew to Luqa in Malta.

Shortly thereafter, 418 Flight RAF and the Malta Fighter Flight were amalgamated into No.261 Squadron for the defence of the island.

The Hurricane played a significant role in the defence of Malta. These were among the first Hurricanes to operate in the Mediterranean theatre

Flying Officer Cholmondeley Featherstonehaugh and Pilot Officer Emmett Hollingberry each got a new Hurricane. They took off to try out their new birds and were flying a patrol over Malta near Valletta. 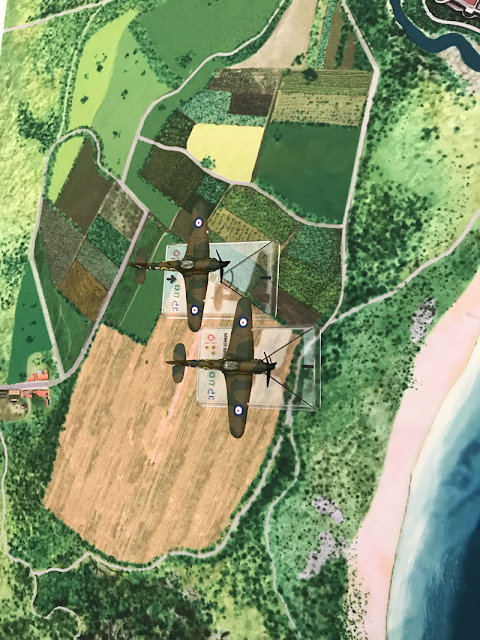 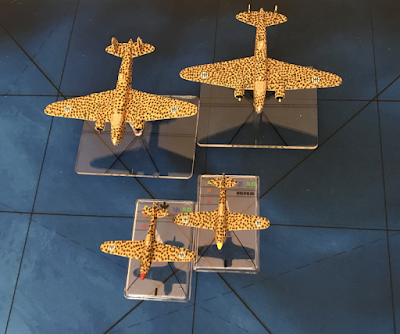 As the Italian's approached Malta they were spotted by the eagle-eyed Cholmondeley Featherstonehaugh who shouted "Tally Ho Emmett old boy! Here come the Spaghetti Eaters!". 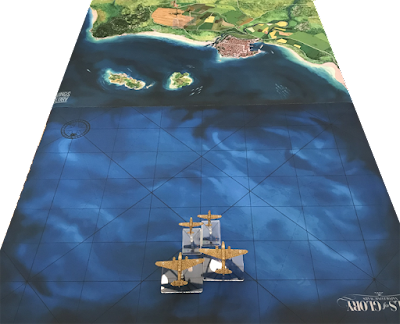 Cholmondeley and Hollingberry headed out to sea, to meet the Italians before they made it to Valletta.

The Italian bombers closed up their formation while the Folgore fighters raced ahead to tackle the Hurricanes. 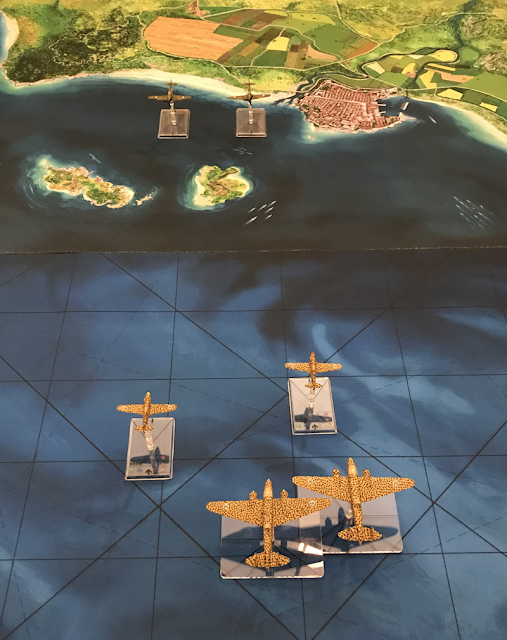 As the fighters approach each other, the bombers turned away from the incoming Hurricanes. 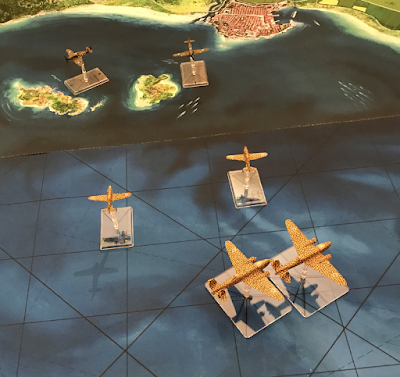 The bombers turned in towards Valletta. Hollingberry is way out of the fight. 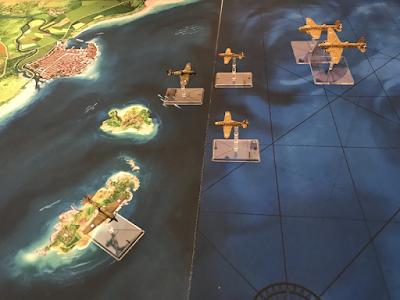 Cholmondeley goes head-to-head in his Hurricane with an Italian Folgore. Good shooting from Cholmondeley and smoke starts pouring out from the Folgore's engine. 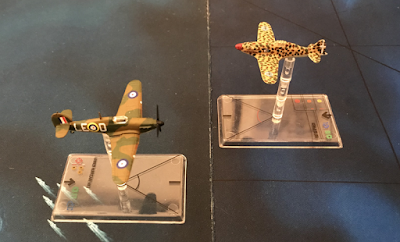 The bombers head steadily towards Valletta as the Folgores start to dogfight with Cholmondeley. Hollingberry brings up the rear. 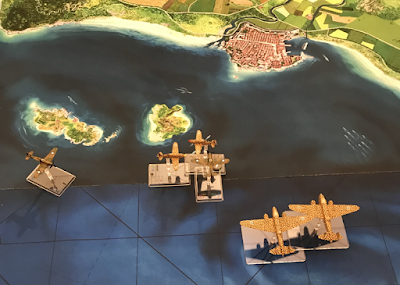 Everyone opens fire on everyone else. 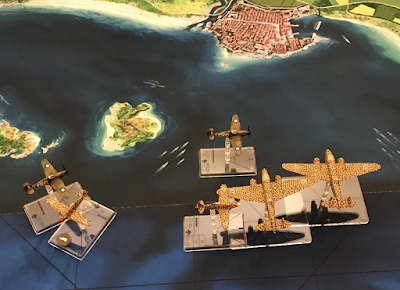 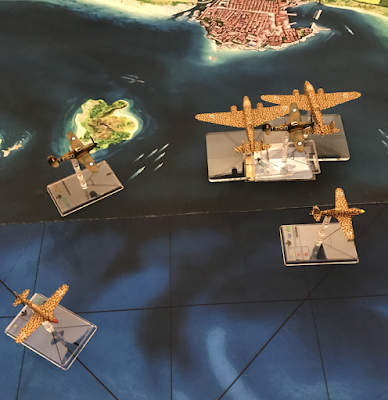 The Italian fighters seem to have lost the plot, as Cholmondeley and Hollingberry pepper the bombers with machine-gun fire but in turn receiving fire from the rear-gunners. 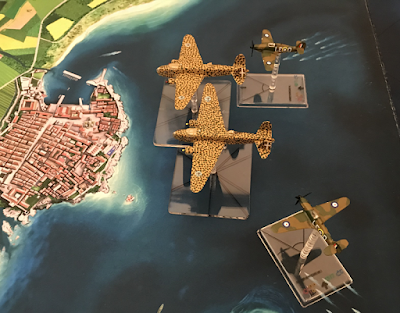 Cholmondeley continues his dual with the bombers while Holingberry Immelmanns away. 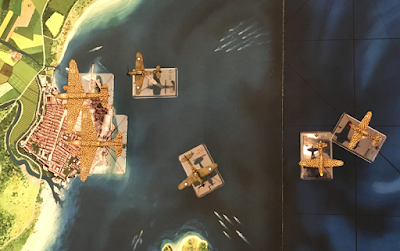 Having dropped their bombload, the Italian bombers now turn for home. 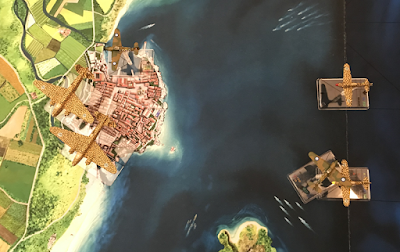 A pause in the fighting as contact is lost. 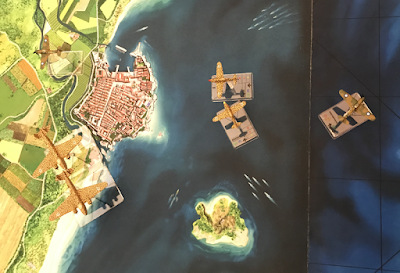 Both Hurricanes opened up on the left hand bomber which returned fire. At the same time one of the Macchi C.202 fighters got in a deflection shot at Cholmondeley Featherstonehaugh. 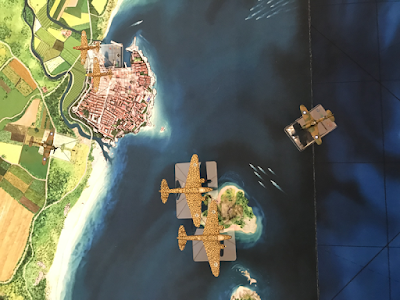 Both the bomber and Cholmondeley Featherstonehaugh in his Hurricane were shot down. Featherstonehaugh bailed out over Malta and landed near an Anti-Aircraft battery which plied him with sweet tea before driving him back to his airfield. 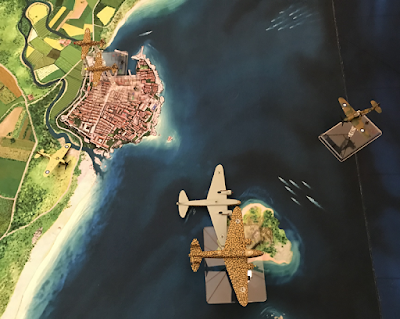 As Hollingberry passed the other bomber, its rear-gunner got in a good burst of machine-gun fire. 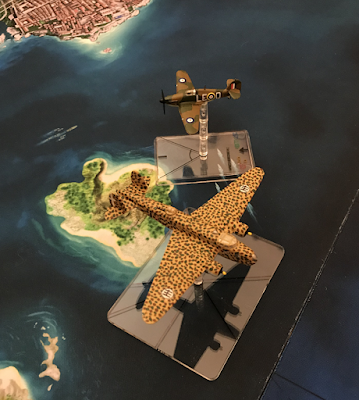 Hollingberry turned tightly to intercept the bomber, which had put its pedal to the metal and was heading for home. Hollingberry's turn meant that the Italian fighters were now tailing him. 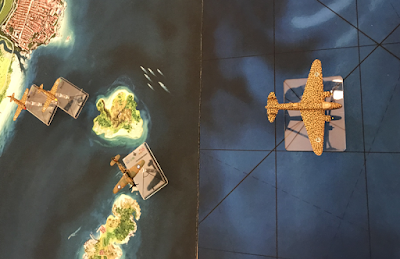 One fighter turned to cover the bomber's tail while the second pursued Hollingberry. 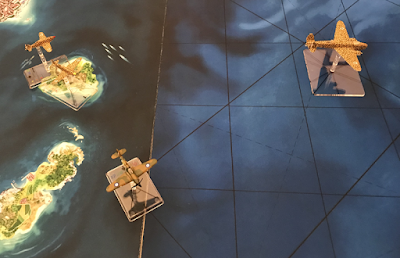 Hollingberry performed an Immelmann turn to get at the pursuing Italian fighters. 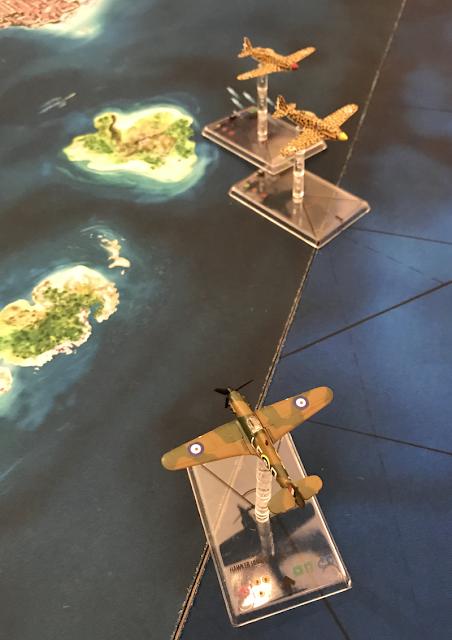 Some good deflection shooting by the Macchi C.202 and Hollingberry was in trouble. 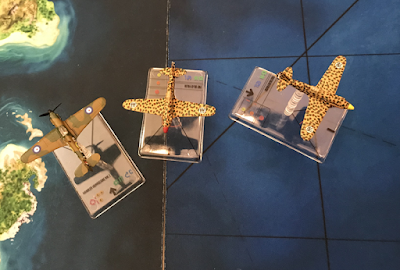 Hollingberry's Hurricane could take no more damage. He tried to glide back to Malta but didn't make it, so he bailed out over the sea and was luckily picked up quickly by a local fishing boat. 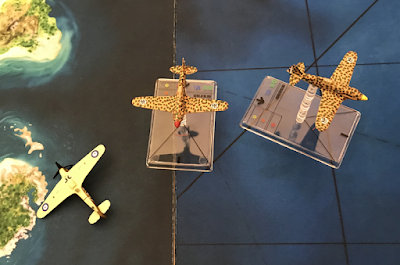 The Italians headed for home. While they mourned the loss of one bomber, they considered it a very good exchange for the two Hurricanes and the bomb damage done to the Valletta.

On stepping ashore, Hollingberry was patched up by an army medic and was driven back to his airfield in the back of a lorry. He could be heard mumbling complaints about the lack of nubile nurses.

So far in this campaign we had been using the Fiat CR.42 Falco from ARES, but now we wanted to use some other Italian planes. Therefore we used the Macchi C.202 Folgore and Fiat B.R.20 Cicogna from Armaments in Miniature (AIM), an American company that has a range of unpainted resin models in different scales. Their 9mm (1:200) scale models fit well together with the WW2 models for Wings Of Glory. All the models are very reasonably priced, the bombers cost $7 each, the fighters $5.

I had previously been using plasticard bases for my bombers, but I disliked the white card. So now the bombers are using LITKOs WOW Medium Bomber Flight Stands which are clear plastic.