Off the coast of Dunkirk

The Dunkirk evacuation, code-named Operation Dynamo, was in full swing. A flotilla of hundreds of merchant marine boats, fishing boats, pleasure craft, yachts, and lifeboats was called into service from Britain and together with the Royal Navy they were evacuating thousands of allied soldiers off the beaches at the French town of Dunkerque.

The evacuation was being hindered by the Luftwaffe which continually strafed and bombed the ships, harbour and beaches. High in the sky, often unseen by the troops on the ground, the RAF flew many sorties to protect the evacuation.

Two intrepid RAF pilots, Pilot Officers William ”Half Pint” Carruthers (left) and Emmett Hollingberry (right), took off from Little Bobbington aerodrome in their Supermarine Spitfire Mk I's and headed out across The Channel towards the French coast. 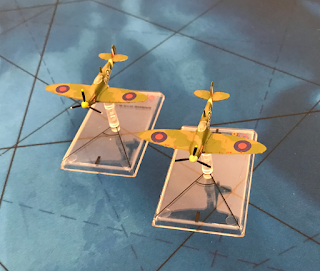 As they neared the town of Dunkerque, they spotted two patrolling Messerschmitt Bf 109 E-3's. 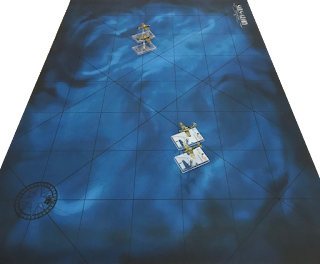 The two enemies spotted each other at the same time and turned in towards their opponents. 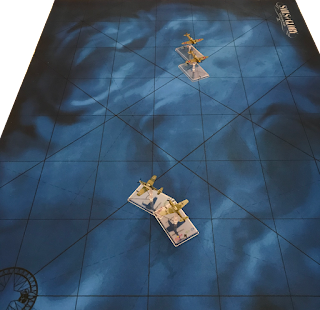 ”Half Pint” Carruthers followed Emmett Hollingberry towards the 109s. 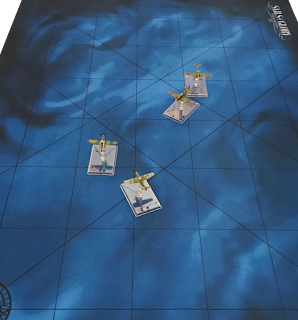 Hollingberry opened fire at extreme range without doing any noticeable damage on the 109. 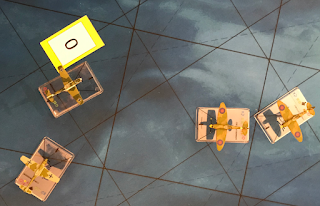 The two pairs of fighters closed at full speed, passing each other with only inches to spare. 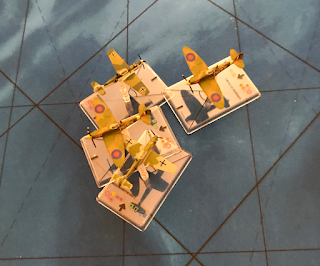 As the flashed passed each other, both sides opened fire. The Spitfires were riddled by the 20mm canon of the 109s. The eight .303 calibre Browning machine guns that equipped the Spitfires did much less damage!

[Note: We have a house rules that allows overlapping aircraft to fire at each other. We much preferred the WWI damage cards to the WWII damage counters, so we printed some damage cards to use for WWII with the same values as the counters.] 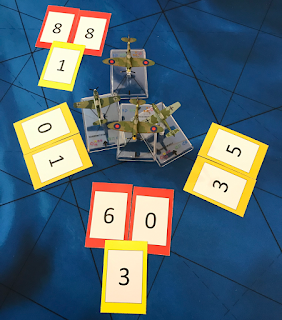 The two pairs of fighters passed each other. 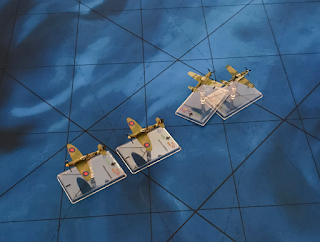 The Spitfires continued straight ahead. One 109 performed an Immelmann turn while the other turned right. 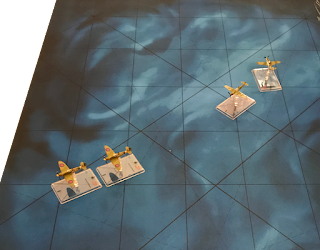 The two Spitfires performed Immelmann turns while being chased by one 109. The second 109 went straight ahead, the pilot preparing to Immelmann. 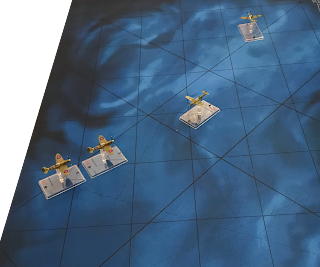 ”Half Pint” Carruthers, now in the lead, exchanged fire with the 109 at long range. 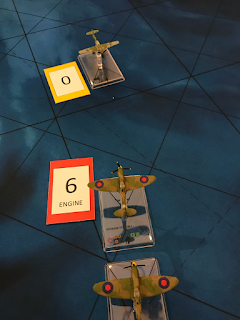 The 20mm canon of the 109 had totally destroyed the Spitfire which tumbled seaward. 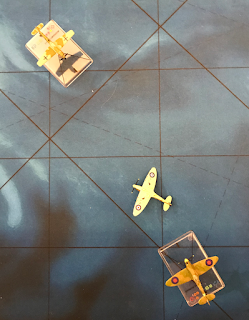 Hollingberry and the 109 closed, flying head-on passed each other. The second 109 performed an Immelmann turn and headed back towards the dogfight. 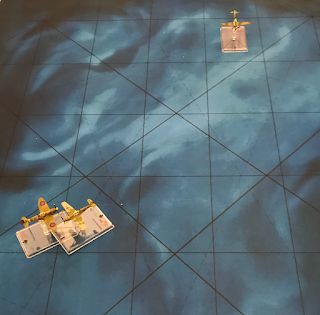 Both planes took damage, but Hollingberry's Spitfire was beginning to resemble a sieve. 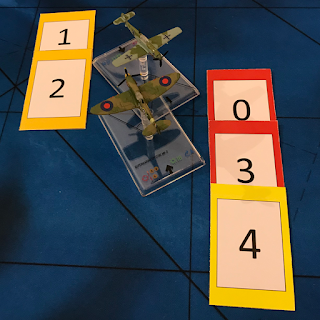 The two opponents continued passed each other as the second 109 turned in towards Hollingberry. 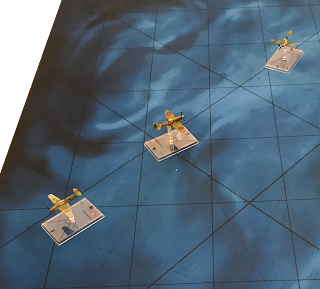 Hollingberry turned right as the second 109 tried to get on his tail. The first 109 performed an Immelmann and headed back towards Hollingberry. 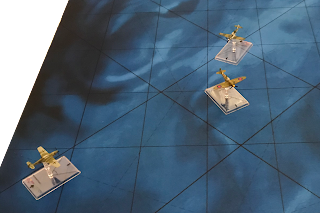 The 109 opened fire at what was just close range. 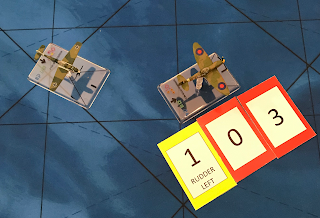 This burst of fire was the end for Hollingberry's Spitfire. 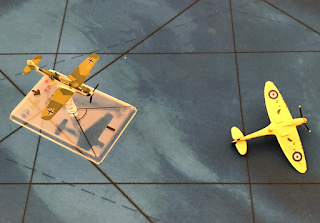 Both RAF pilots parachuted from their stricken Spitfires.

Pilot Officer Emmett Hollingberry was picked up by a T class RN destroyer, HMS TIDDLYWINK, and was taken to the wardroom when he was given copious amounts of grog in order to keep the cold out. On returning to RAF Little Bobbington it took him two days to sober up, and another two to get rid of the hangover.

Pilot Officer William ”Half Pint” Carruthers was picked up by a fishing smack, the Ethel & Millie. After his return to RAF Little Bobbington he had to wait a whole week for the fish smell to disappear, before which he wasn't allowed into the Officers' Mess.