Had great fun at the club yesterday playing Oxenstierna, one of the rebels at the Siege of Stegeborg Castle, Sweden, in the year 1318. We, the brave and righteous rebels, were attacking the Swedish King Birger Magnusson in the castle when his son Prince Magnus attacked us in the rear with his Danish reinforcements. 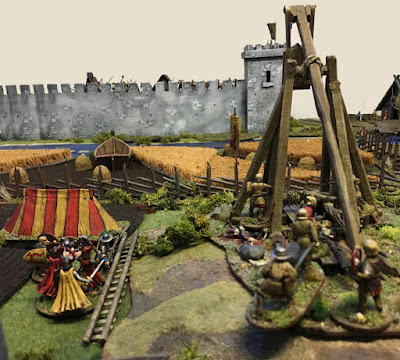 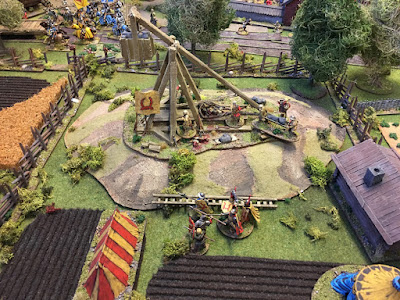 When it looked like the Danes were advancing in too large numbers, Oxenstierna challenged and killed Prince Magnus which demoralized the Dames. 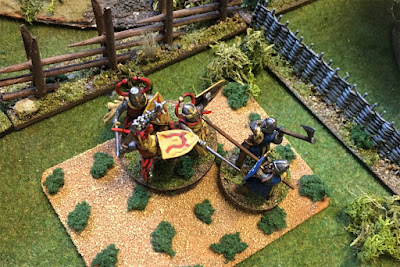 The battle resulted in a great victory for the brave and righteous rebels.

The whole battle can be found on Dalauppror's blog,