This is the fourth scenario in a Battle for Malta campaign that follows the exploits of the Country of Dampshire 369 Squadron Auxiliary Air Force fighting against the Regia Aeronautica squadriglia d'aquila - two fictitious squadrons. We use the Wings of Glory WW2 rules, slightly modified to give faster play. We use the Wings of Glory planes where the right model is available, other manufactures are used to fill in the gaps.

The port and airfields of Malta were the main targets for the Regia Aeronautica. 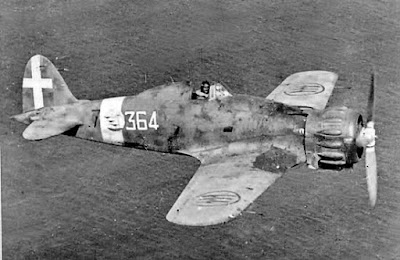 Having successfully defended their airfield from a British attack, Capitano Vitello Tonnato decided that he wanted to give the RAF some of its own medicine. Unfortunately the Regia Aeronautica had no bombers available that day, so Tonnato decided that he and Tenente Vespa Piaggio would make do with a low-level strafing attack instead. They consulted the map of Malta, and picked Luqa airfield as their target.

Capitano Vitello Tonnato decided that they would fly the brand new Macchi C.200 fighters. The took of and headed over the Mediterranean towards Malta.

Flying Officer Cholmondeley Featherstonehaugh and Pilot Officer Emmett Hollingberry were in the ready-room of Luqa airfield drinking tea and eating digestives when a telephone call came through that RADAR had spotted and incoming raid heading straight towards Luqa. 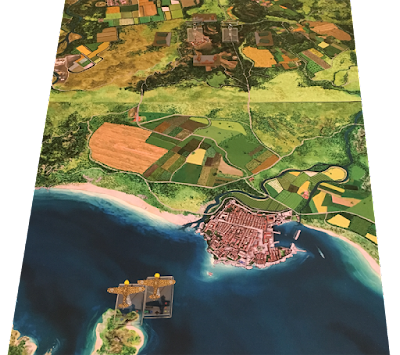 Flying Officer Cholmondeley Featherstonehaugh and Pilot Officer Emmett Hollingberry scrambled; they ran and jumped into their waiting Gloster Gladiators and took off. 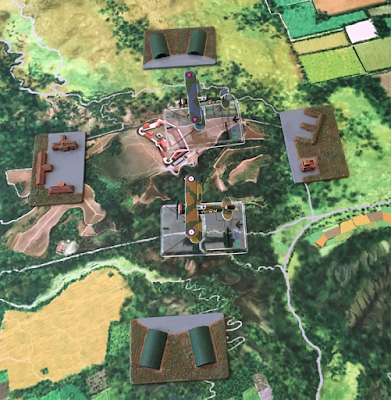 Both side headed straight towards each other. Tonnato climbed his Macchi to avoid the risk of collision with his wingman. 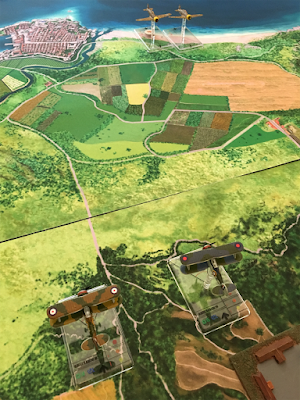 Both sides continued straight forward, each waiting for the other to make the first mistake. 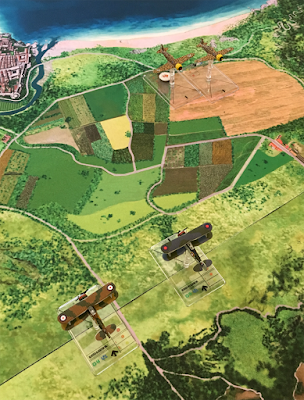 Yet again, both sides continued straight forward. Tonnato and Piaggio started to think about sneaking past the Gladiators without needing to fight. 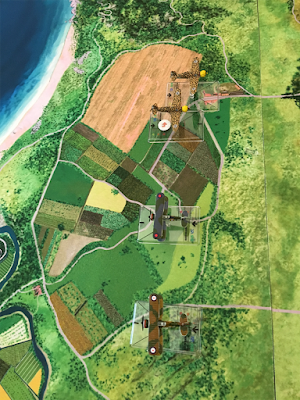 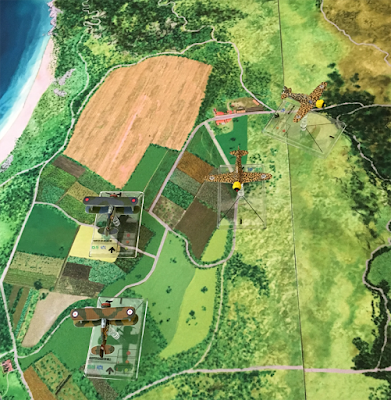 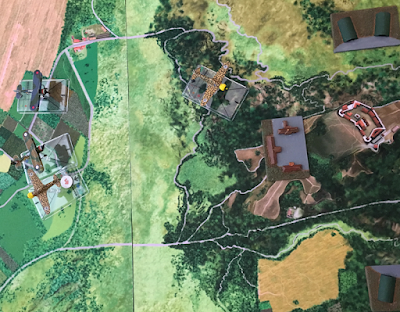 Featherstonehaugh and Hollingberry chased Piaggio as he strafed the airfield. Tonnato performed an Immelmann in the hope of getting on the tail of a Gladiator.

Featherstonehaugh turned back to face Tonnato. Piaggio completed his run across the airfield. Hollingberry misjudged his turn and overshot his target, Piaggio.

Tonnato pulled a sharp right turn and got a close range burst into Featherstonehaugh. Piaggio performed an Immelmann in order to make a second pass over the not burning airfield as Hollingberry turned in to attack him. 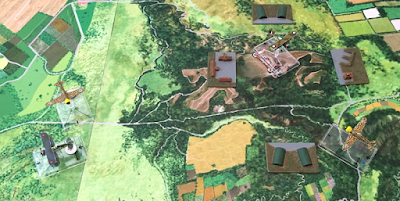 Hollingberry overshoots again with his left turn, while Piaggio destroys the airfield. Featherstonehaugh and Tonnato continue their dogfight.

As Piaggio finishes his second strafing run across the airfield, Tonnato turns in to try his hand at shooting up the hangers. Featherstonehaugh and Hollingberry are too far away to make a difference. 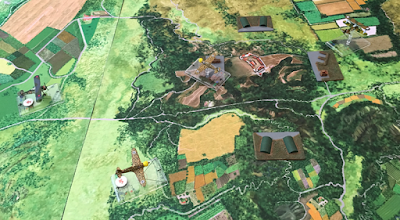 Featherstonehaugh in his Gladiator goes head-to-head with Piaggio in his Macchi. Tonnato continues to shoot up the hangers. Hollingberry performs an Immelmann intending to rejoin the fray. 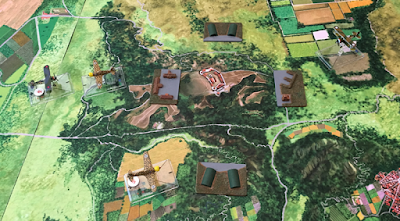 Both the Italians gang-up on Featherstonehaugh leaving his plane looking like a colander. Hollingberry is trying to rejoin the fight. 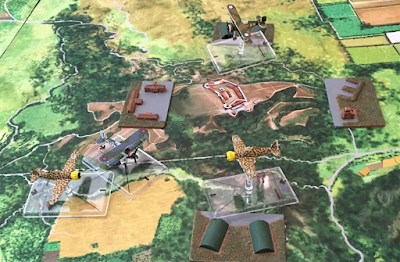 Featherstonehaugh's Gladiator was barely flyable, so he headed out of the fight looking for a safe airfield to land at. Piaggio turned and fired a long close range burst into Hollingbarry. 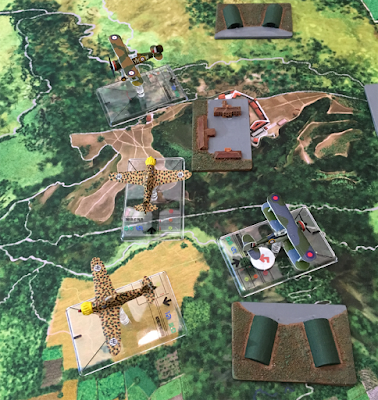 Featherstonehaugh left the fight as fast as his crippled Gladiator would take him. Hollingberry and Piaggio exchanged snap shots as they almost collided. 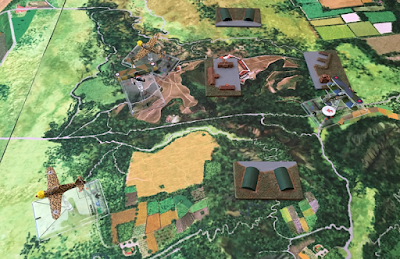 Both Macchi C.200's now decided their work was done. They had taken some damage but the planes were still flyable and they had left behind an airfield in flames. Hollingberry was left circling over the smoking Luqa, looking for a place to land.

All airplanes returned safely to their bases. Although Featherstonehaugh's Gladiator would take many weeks to repair.

ARES has no Macchi C.200 Saetta models so we used the ones from Armaments in Miniature (AIM).