This scenario is a refight of the Battle of Bailén (19 July 1808) during the Peninsular War. It was played using the Commands & Colors Napolionic rules but on hex terrain from Kallistra and using 6mm figures from Baccus instead of blocks. This is the first battle in our Peninsular War campaign.

Large areas of Spain had rebelled against the French invasion. Dupont’s French Corps advanced to occupy Cordoba and Sevilla. Most of Dupont’s troops were newly formed conscript units. Soon Dupont found himself facing General Francisco de Castaños’ force of 30,000 men to his front, and harassing guerilla forces that cut his line of communications until a reinforcing French division re-opened it. Fearing that his communications would be cut again, Dupont retreated, but did so too slowly, encumbered by a long baggage train. Half of Castaños’ army under Reding executed a decisive flank march that placed them on high ground at Bailén, squarely across Dupont’s line of retreat. Dupont remained unaware of their presence until too late.

On July 19th Dupont’s advance guard (Chabert’s brigade) made contact with Reding’s defensive line. Without reconnaisance, Chabert sent his 3,000 infantry and cuirassiers forward against three times their numbers. The attack was driven back. Most of Dupont’s corps marched behind the baggage train, making reinforcement difficult. Arriving units were thrown into a second French attack piecemeal, and were again repulsed. Dupont arrived on the field and assumed command. Led by the Marines of the Guard, the third understrength French attack also failed. Adding insult to injury, most of Dupont’s Swiss infantry, originally in Spanish service, deserted back to their former employers. With no additional reserves and the rest of Castaños’ Spanish army moving in behind the French, Dupont surrendered. 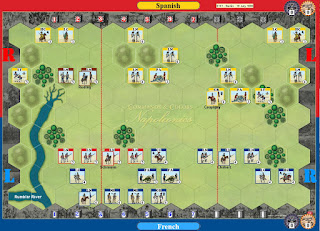 The battle commenced with the French withdrawing their cuirassiers from the centre to make room for them to deploy two batteries of foot artillery. 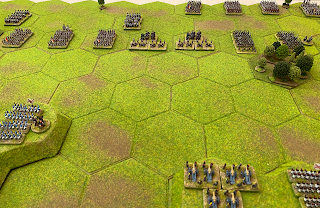 On the Spanish left flank, the French advanced their cavalry and the Spanish moved forward their light infantry to the edge of the woods, supported by a column of line infantry on the hills behind.

The French general decided that staying stationary was not an option, so he ordered his cavalry to charge the Spanish guns on the hill. He also moved his cuirassiers from the centre to support the attack. 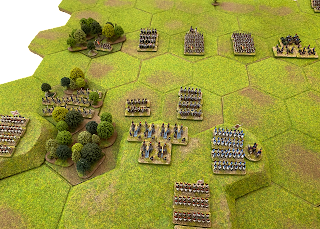 With only slight losses to themselves, the stubborn Spanish artillerymen halted the charging French cavalry causing serious casualties. 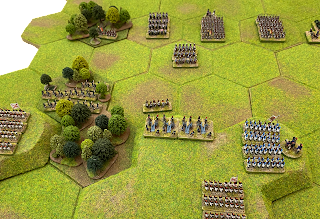 The Spanish artillery on the hill, and light infantry in the woods kept up a steady fire on the French destroying a cavalry regiment and the infantry lurking in the woods opposite.

The French General then ordered a second attack on the Spanish guns by the surviving cavalry from the first attack and the fresh cuirassiers. But this time, General Chabert brought up a column of infantry in support. 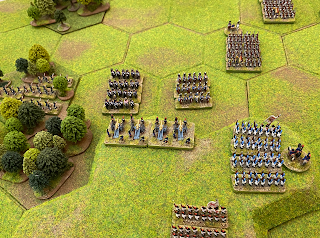 The cuirassiers overran the Spanish artillery and then continued up the hill, forcing the infantry under the command of General Coupigney to form square. 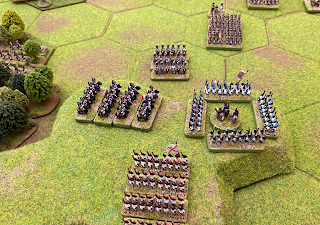 The Spanish brought up infantry reinforcements which caused casualties on the cuirassiers.

The French general ordered his infantry columns to fix bayonets and charge in support of the cuirassiers on the hill. 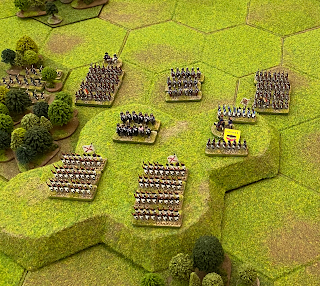 One of the French columns destroyed the Spanish square on the hill and capturing General Coupigney in the process, while the second attacked the Spanish light infantry in the woods causing them to flee to the rear. 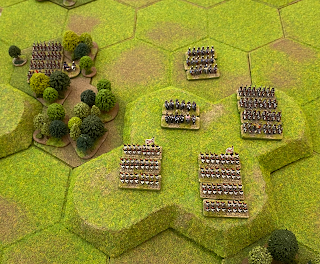 A ferocious battle ensued on the hill, with both sides taking heavy losses. 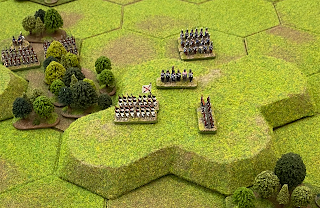 Hoping to tip the balance, the Spanish advanced a regiment of hussars, which wiped out the remaining cuirassiers and forced the lone French infantry into square. 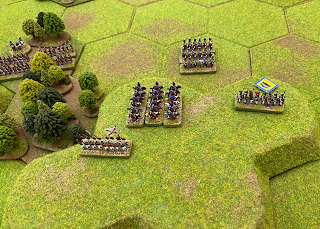 But the French square held, causing the Spanish hussars to retire back off the hill. 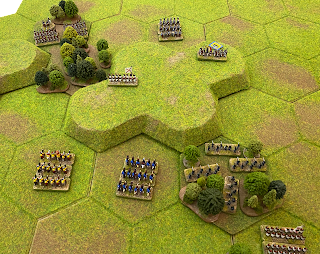 The battle now moved to the Spanish right flank. The French opened with a bombardment that slaughtered the Spanish infantry column located on the hill next to the artillery.

The Spanish brought up their cavalry reserve to support their infantry. 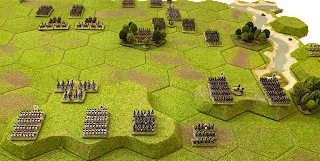 Back on the Spanish left flank, the Spanish light infantry advanced and destroyed the understrength French square, retaking the hill with the support of the hussars. 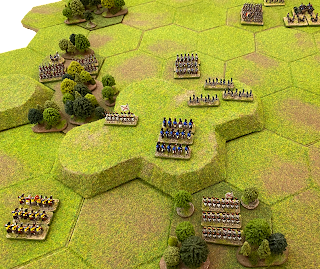 The French charged their Chasseurs à Cheval up the hill into the Spanish hussars. Both sides took losses in an undecisive engagement.

At the same time, General Chabert led his infantry out of the woods up onto the hill whereupon they opened fire on the Spanish dragoons causing them to retire with casualties. 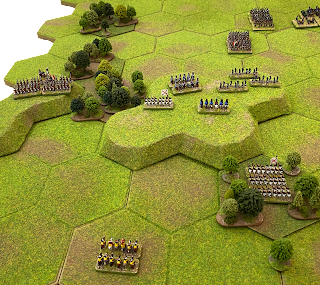 The French Chasseurs à Cheval caused the Spanish hussars to flee before they themselves being charged and destroyed by the Spanish dragoons. 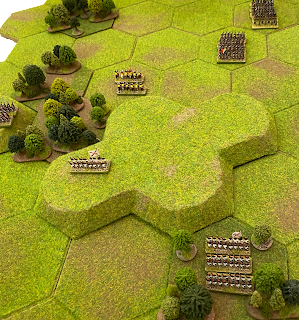 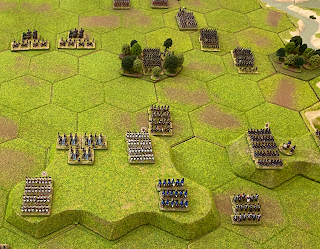 The Spanish counterattacked, wiping out the French cavalry regiment. 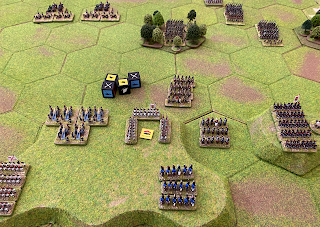 On the left, the French infantry took the hill, destroying the understrength defending Spanish infantry and forcing back the Spanish dragoons with losses. 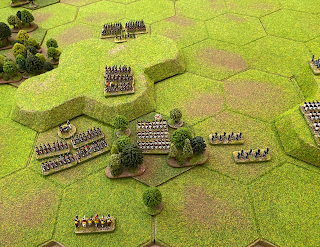 The French advance continued, causing the Spanish dragoons to flee the field. The second French column pushed the Spanish infantry out of the woods and caused serious losses. 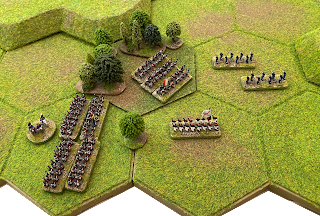 The Spanish infantry attempted to retire towards their own centre.

The French infantry column charged into the understrength Spanish infantry and totally destroyed them. 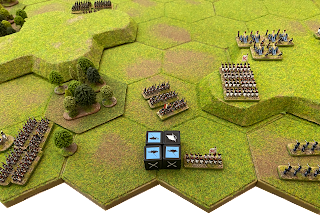 Disheartened by all their losses, the Spanish army turned and fled the field.