This is the ninth episode of a campaign representing fictitious battles in the air over the Western Front during the First World War. It was initially planned to use the Wings of Glory rules, but these were modified to use hex based movement in order to facilitate remote play over the Internet due to Corona restrictions.

Before dawn, the squadron commander Major Fritz Detterman called two of his pilots into the briefing room. He explained to Udo Lockbach and the second Erbprinz Rupprecht zu Sachsen-Zenda that army headquarters had been complaining about the early morning patrols flown by enemy aircraft. So the KuKuK Jagd-Schlachtstaffel had been tasked with intercepting and destroying one of these dawn patrols in order to teach the enemy a lesson. Lockbach and zu Sachsen-Zenda would each fly a new Albatros D.V and the Major said he expected that the both would return with confirmed kills.

In the grey light of dawn, they took off and headed for the trench lines. As expected, there they found two Sopwith Camels flown by Captain Jack Yates (in two hearts) and Charles “Half Pint” Carruthers.

High up over the trench lines at 14,000ft, both sides spotted the other while still at quite a distance. 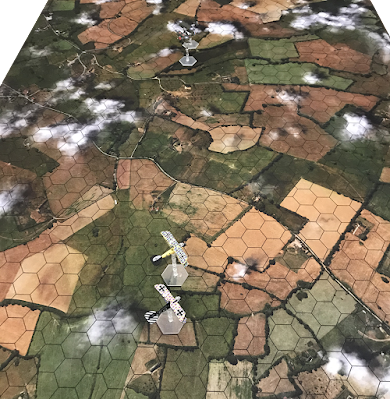 The Camels performed a U-turn in order to get the enemy on their right hand side.

The Albatros D.Vs headed straight in towards the Camels. 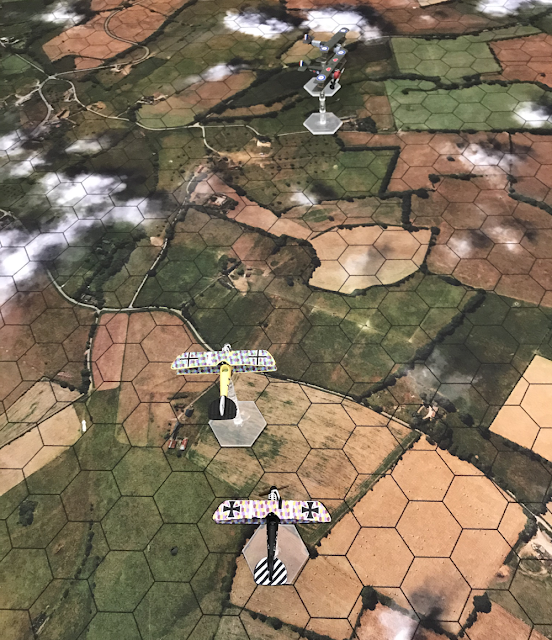 The aircraft turned in towards each other and both Camels opened up on the yellow-bodied D.V flown by Erbprinz Rupprecht zu Sachsen-Zenda who returned fire.

A lucky shot from “Half Pint” caused the D.V's rudder to jam and Sachsen-Zenda could sense that he could only turn to the left!

Udo Lockbach in the black-bodied D.V was too far behind to take part. 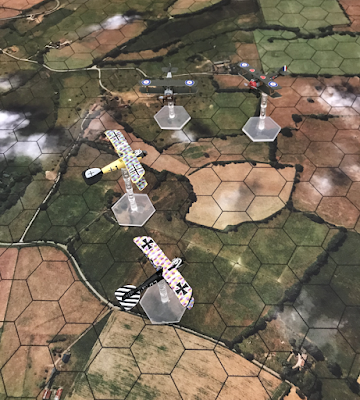 Sachsen-Zenda turned left and both Camels tried to get behind him. Yates in two-hearts opened fire damaging the D.V and wounding Sachsen-Zenda.

While "Half Pint" was concentrating on chasing Sachsen-Zenda, Udo Lockbach in the black-bodied D.V turned in and opened fire on him. 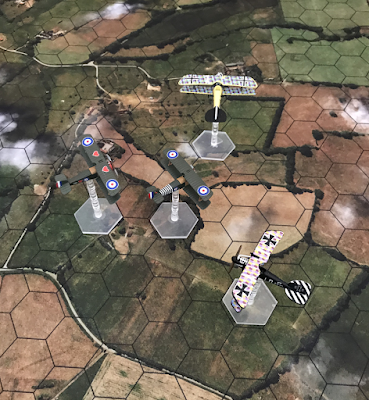 Both D.V's turned, in what appeared to be an attempt to trap a Camel in a pincer movement. But "Half Pint" sneakily avoided it and opened fire on Lockbach at point blank range. Some bullets tore into the Albatros but then the Vickers machine guns jammed! 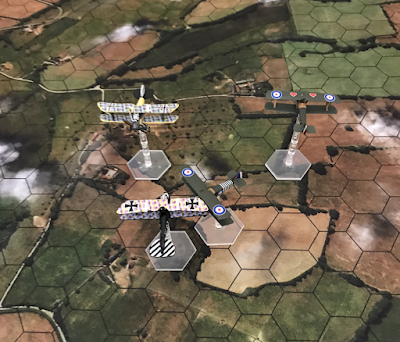 "Half Pint" flew straight ahead, away from the dogfight, while trying to un-jam his machine guns.

Lockbach and Yates turned towards each other but neither got off a good shot.

Sachsen-Zenda fired a burst from his machine guns at close range, damaging Yates's Camel and wounding Yates in the leg. 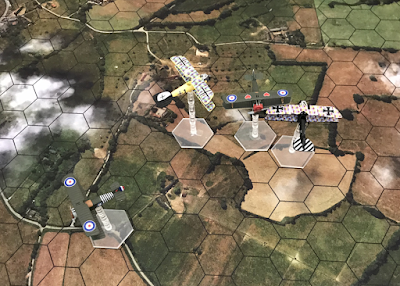 "Half Pint" turned back, towards the dogfight, while trying to un-jam his machine guns. 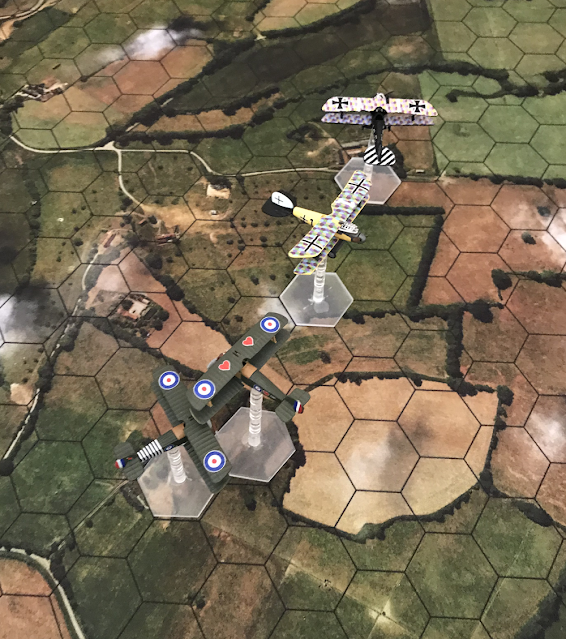 Lockbach in the black-bodied D.V turned sharp left and opened fire on Yates doing severe damage to his Camel.

"Half Pint" opened fire on Sachsen-Zenda, but yet again his guns jammed. 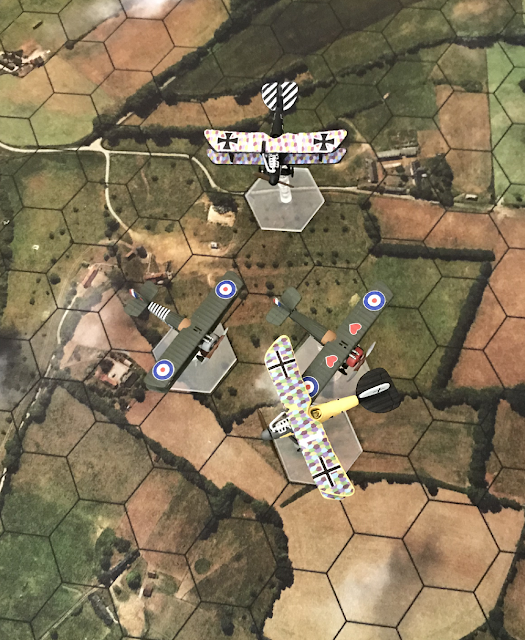 With both Camels in trouble, Yates's seriously damaged and Half Pint's with no guns, both pilots decided to head for home and dived out of the dogfight leaving the two Albatros D.V's behind. 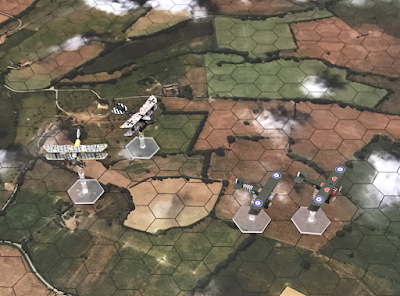 All four aircraft returned safely to their aerodromes. Both Captain Jack Yates and Erbprinz Rupprecht zu Sachsen-Zenda were dispatched to their local field hospitals. Captain Jack Yates leg wound was found to be serious and he will still be limping when he returns to active duty.