Age of Sail - Off the Brittany coast

This second battle was between four 74 gun ships of the line, the Royal Navy's HMS BELLONA and HMS VANGUARD verses the French Navy's Commerce de Bordeaux and Generaux.

HMS BELLONA closely followed by HMS VANGUARD leaving Spithead for a cruise in The Channel.

1)
Both squadrons headed towards each other, with the French lead ship, Commerce de Bordeaux, turning downwind at the last possible moment and opening fire with her starboard broadside at medium range without the British being able to return fire. 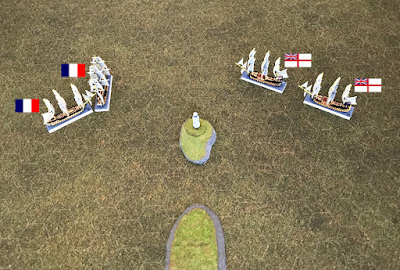 2)
The french closed with the British, while HMS BELLONA copied the French previous tactic and turned downwind to fire of her larboard broadside raking the Generaux. 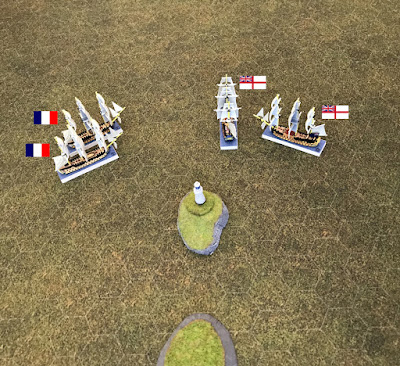 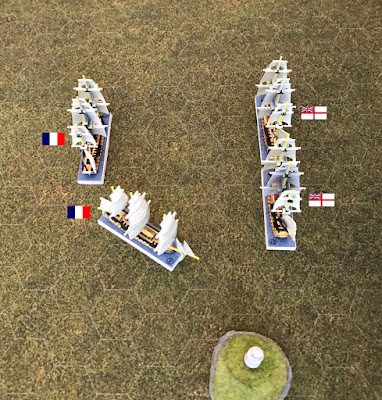 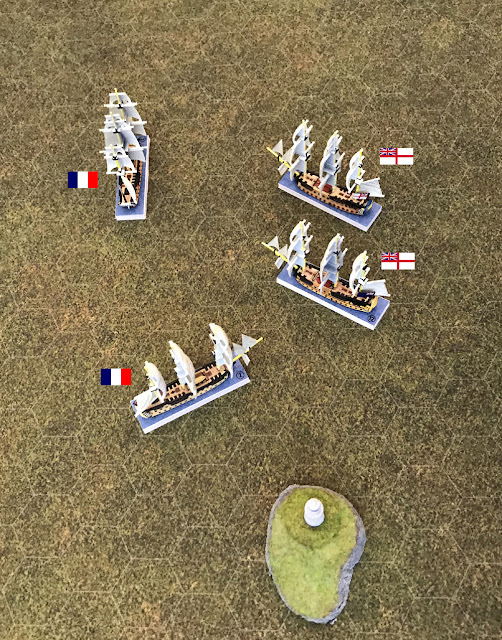 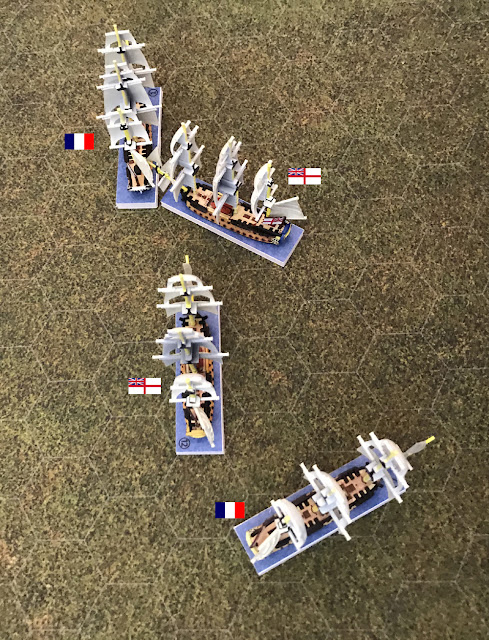 6)
HMS VANGUARD and the Generaux continued to exchange broadsides.

The captain of HMS BELLONA realised that the Commerce de Bordeaux had a large crew which was wearing his down and attrition would eventually beat him. So he ordered the his crew to un-foul the ships and cut the grapple. 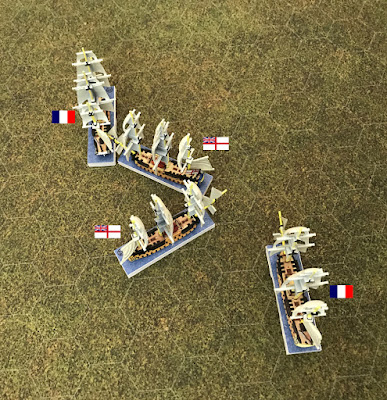 HMS VANGUARD and the Generaux were now running parallel downwind while continuing to exchange broadsides.

HMS BELLONA and Commerce de Bordeaux were now moving under sail again and exchanged broadsides By this time HMS BELLONA's rigging was looking shabby and her speed reduced. 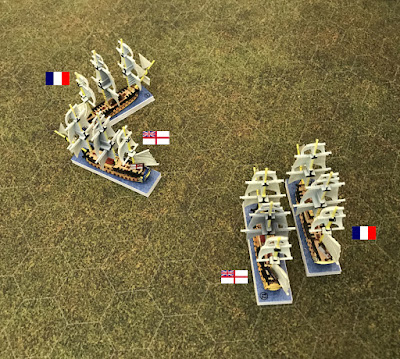 8)
HMS VANGUARD and the Generaux were still running parallel downwind while continuing to exchange broadsides. The Generaux  now had severe damage especially to her hull. 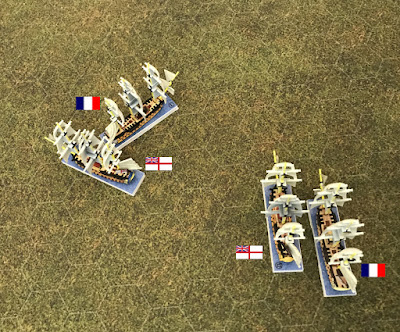 9)
The Generaux struck her colours as HMS VANGUARD fired a broadside raking her stern at point blank range. 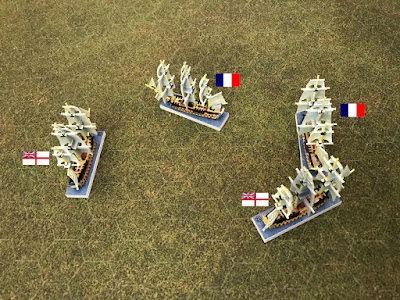 The Commerce de Bordeaux used her superior speed to retire from the action. On HMS BELLONA, the boatswain set about splicing the rigging, but it would never be repaired in time to catch her opponent.