HMS BELLONA under full sail heading out to sea. 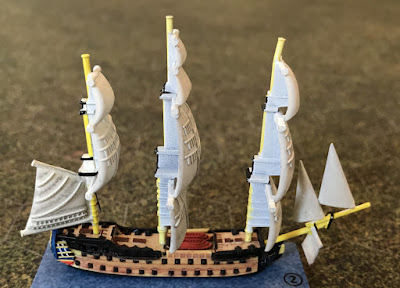 1)
Both ships moved straight ahead. HMS BELLONA attempted to change to battle sails but hadn't yet finished. Neither ship had it's opponent in its broadside arc. 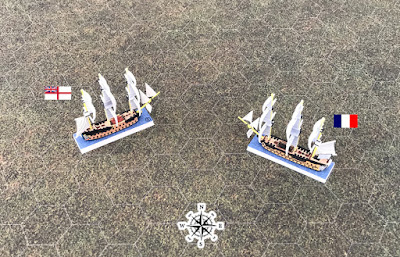 2)
Both ships turned downwind. Because HMS BELLONA was still moving faster with full sails, she managed to then cross the bow of the Commerce de Bordeaux, raking her with her initial starboard broadside. HMS BELLONA then changed to battle sails. 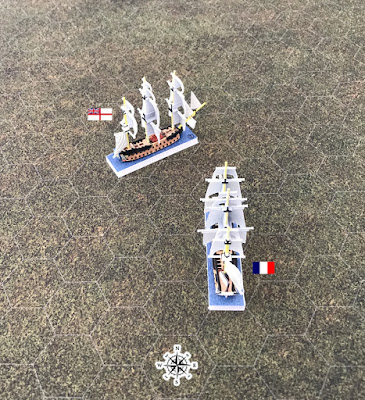 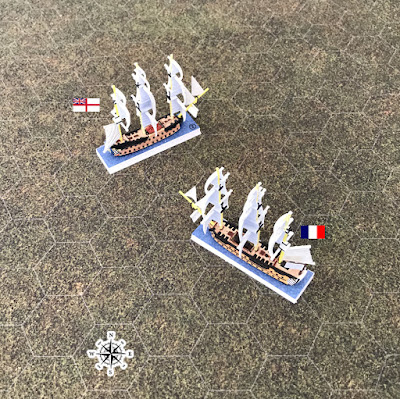 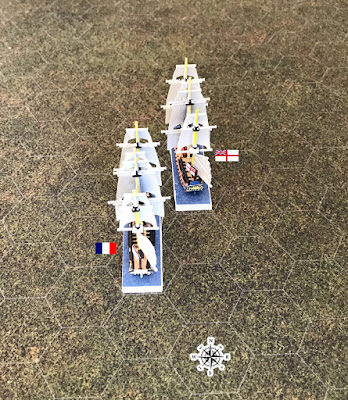 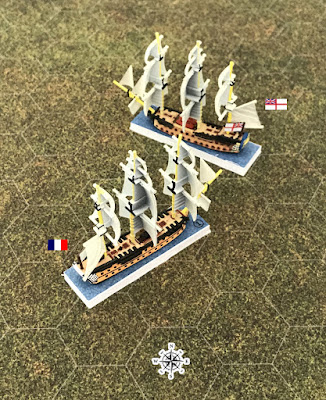 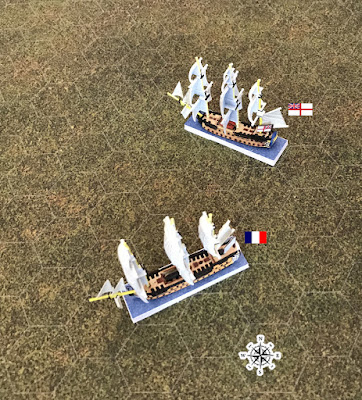 7)
HMS BELLONA continued forward at reduced speed while Commerce de Bordeaux turned back to follow the BELLONA. Both ships could fire at the extremes of their broadside arcs. 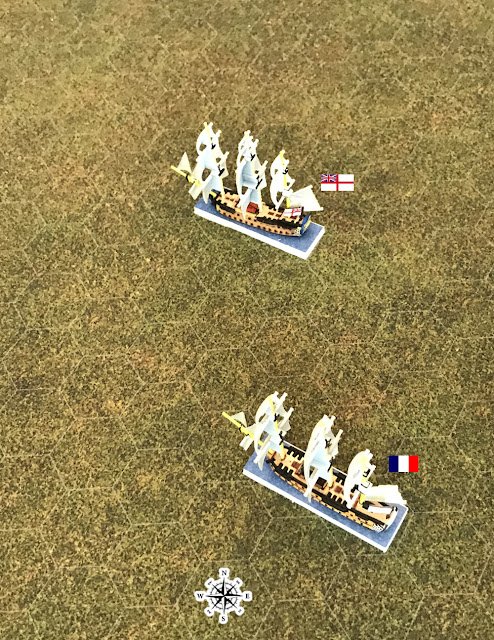 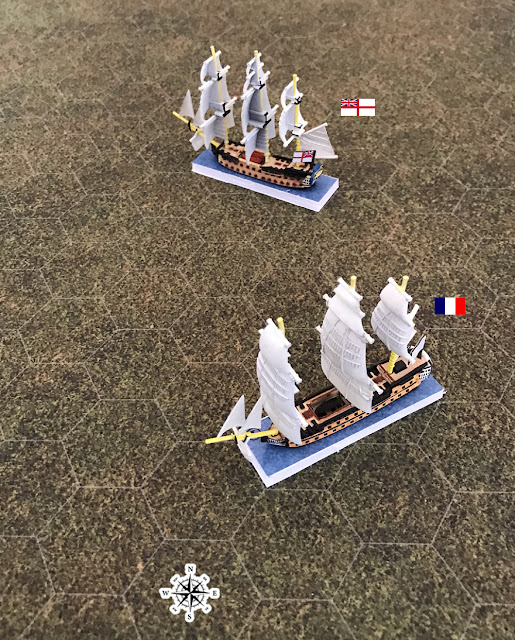 9)
The fire from the Commerce de Bordeau did enough damage to the rigging of the BELLONA that her speed was now reduced and she could not make any headway close hauled.

The fire from HMS BELLONA had seriously damaged the Commerce de Bordeau's hull, knocked out guns and killed large numbers of her crew.

Both Captains at this time decided to disengage and repair the damage to their ships. 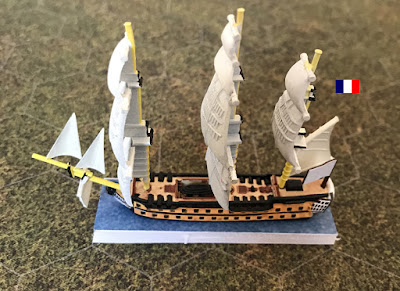 As a first test of these rules the game played well. There will be a few simplifications before the next game.

The slightly too small, and very green hexes worked great for play-testing but will need to be replaced by an ocean map with 40 mm hexes when the corona situation allows. Even playing via Skype worked well; better than expected.

Great fun was had by both sides.