This is the tenth scenario in our Battle for Malta campaign. The campaign follows the exploits of the Country of Dampshire 369 Squadron Auxiliary Air Force fighting against the Regia Aeronautica squadriglia d'aquila - two fictitious squadrons. We use the Wings of Glory WW2 rules, slightly modified to give faster play. We use the Wings of Glory planes where the right model is available, other manufactures are used to fill in the gaps.

The North African campaign was among other things a war of logistics. The logistics problems facing the Germans in North Africa were to be extremely challenging.

The primary Italian ports for shipping and embarkation to Libya were Naples, Bari, Brindisi, and Taranto. The main port in Libya was Tripoli, only capable of handling five cargo ships or four troop transports at a time.

A German motorised division required 350 tons of supplies a day or 10,500 tons a month. While reinforcements raised Rommel’s strength to 10 divisions — three German and seven Italian — they also increased his supply requirements to 100,000 tons a month.

Bristol Beaufort twin-engined torpedo bombers were based in Egypt and Malta and used to attack the Italian convoys. Although it was designed as a torpedo-bomber, the Beaufort was just as often used as a medium day bomber.

The Italian supply convoy had made it into port without the RAF being able to sink any ships. No.369 squadron was tasked with destroying the ships in port before they could be off-loaded. Two Bristol Beauforts were available to lead the attack being escorted by Pilot Officers Sir Price and Emmett Hollingberry in their Hawker Hurricanes. Flying Officer Cholmondeley Featherstonehaugh couldn't take part as he was still recovering from ditching the Beaufort.

They took of at dawn and flew in formation towards the port. 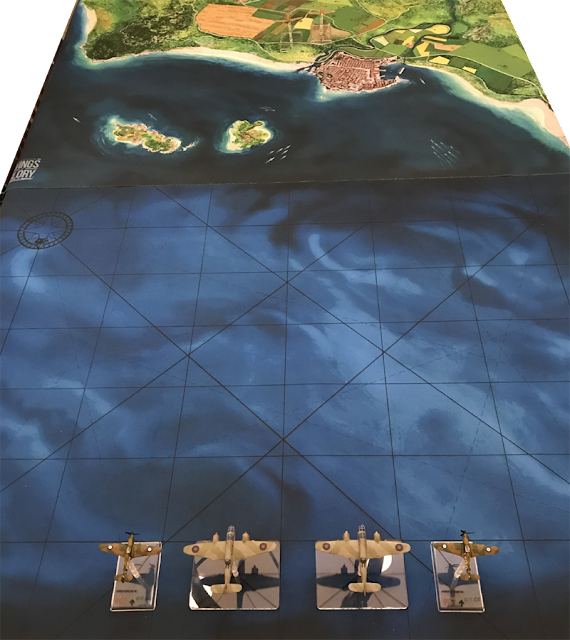 Two Regia Aeronautica Macchi C.202 Folgore (Thunderbolt) fighters were spotted over the target. These were flown by the Italian ace Capitano Vitello Tonnato and his wingman Tenente Luigi Macaroni.. 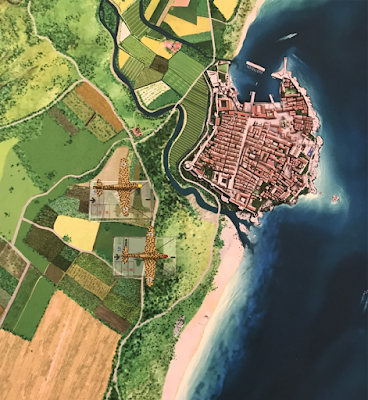 The two Macchi C.202's headed straight for the attacking British. While the British were concentrating on the Italian fighters, two previously unspotted Luftwaffe Messerschmitt Bf 109 E-4's swooped in. The were piloted by Battle of Britain Aces Oberleutnant Sepp Schlangenaugen and Leutnant Otto von Dasshausen. 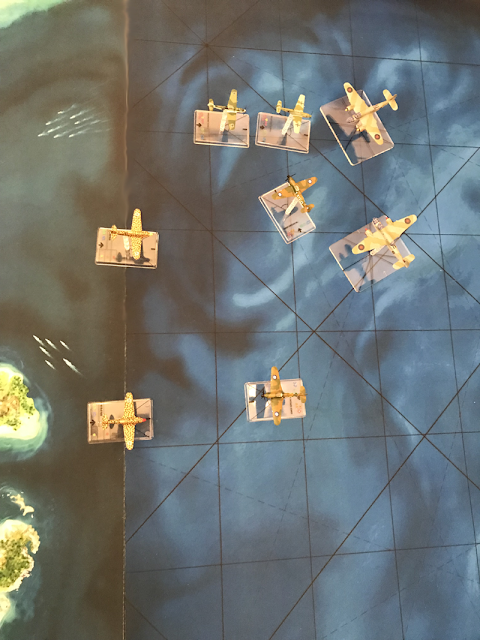 The 109's headed straight for the Beauforts. Shouting "It's the bloody krauts! Tally Ho!", Hollingberry headed in to protect his bombers. 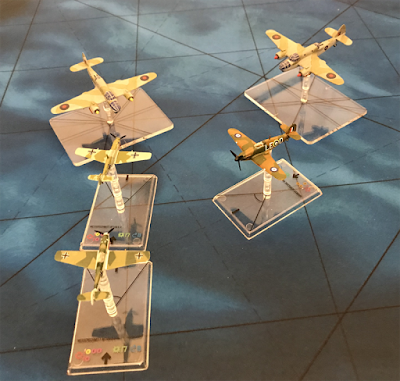 Sir Price never heard Hollingberry's warning about the Luftwaffe, so he took his Hurricane head-to-head with a Macchi C.202.

The fire from the 109's cannons was devastating and one Beaufort spiralled out of control.

However Oberleutnant Sepp Schlangenaugen was concentrating too much on his kill and bullets from Hollingberry's eight machine-guns combined with some lucky shots from the Beauforts caused his tail to break off and he had to bail out. 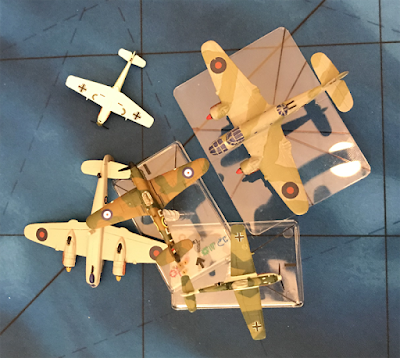 The remaining Beaufort continued on its mission, heading straight for the port.

Dasshausen in his 109 swooped round for another pass.

Hollingberry seemed to be out of touch with the fight. 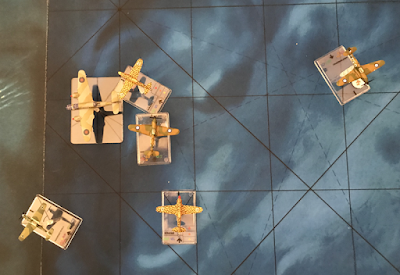 Sir Price misjudged the combat and turned away. Hollingbery was still out of touch.

The lone Beaufort couldn't take much more punishment and one engine burst into flames. 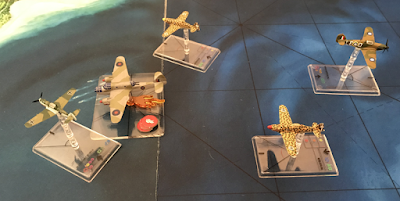 The Axis fighters continued to attack the flaming bomber, while its rear-gunner did his best to pepper the attacking fighters.

Sir Price and Hollingbery were too far away to defend the bomber. 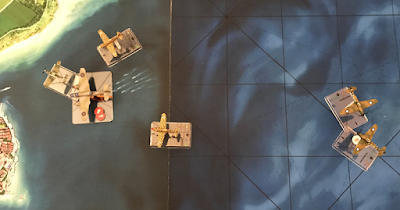 This was too much for the lone bomber to take, and it crashed into the see just short of its target. 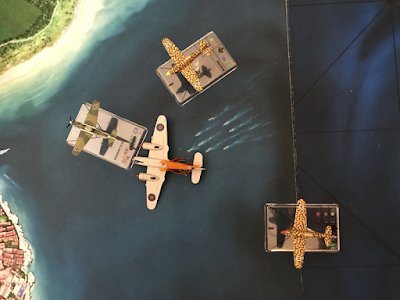 Having shot down the bombers, the Axis fighters headed for their airfield to re-arm, re-fuel and repair.

Hollingberry and Sir Price were left alone and with no opponents headed back to Malta with their tails between their legs.

The Macchi C.202 Folgore fighters are from Armaments in Miniature (AIM), an American company that has a range of unpainted resin models in different scales. Their 9mm (1:200) scale models fit well together with the WW2 models for Wings Of Glory. All the models are very reasonably priced, the fighters cost $5 each.