This is the second scenario that we have played with the Romans vs the Ancient British. We will use our simple campaign rules to link these scenarios. It was planned to use the three scenarios in Expansion 2 but it is beginning to look like we will add a fourth. We are "cheating" by combining both of Caesar's campaign in Britain in order to do so.

Previously we have been playing Commands & Colors Ancients with Baccus 6mm models. However we didn't have enough Ancient British models so we played these scenarios with paper cut-out flats by Peter Dennis and Helion Publishing.

In 54 BC, Julius Caesar launched a second invasion of Britain which was better planned and far more formidable than the first one. The invasion force consisted of five legions, auxiliaries, and 2000 cavalry, transported on 800 vessels. The Britons, awed by the size of the fleet, retired inland. This time the landing (near Sandwich) was unopposed. As Caesar moved inland, he encountered a delaying force of Briton charioteers and cavalry in front of the River Stour. The Romans found it difficult to come to grips with the elusive Britons at first, but in time they drove them back. The Roman cavalry played a key role in bringing the British chariots to battle. Post Battle: After retreating across the Stour, the tribal forces joined the rest of the Britons at an oppidum near Bigbury. Caesar promptly crossed the Stour, stormed, and captured, this fortified position. 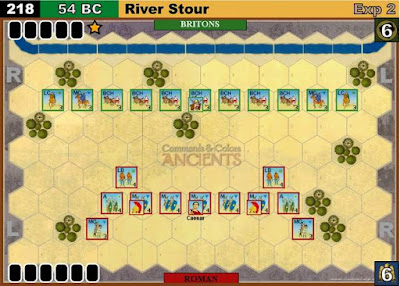 The British examined the Roman line advancing towards them, there didn't really appear to be any weak spots except perhaps the flanks. 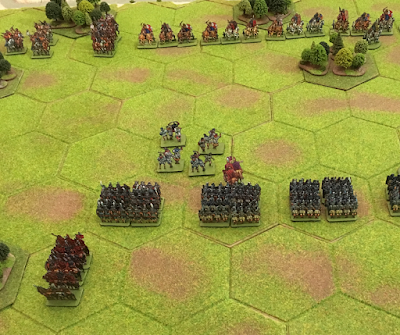 So the British decided to charge with the chariots on their right flank at the Roman left. Perhaps those Roman light troops could be routed before the supporting legionary cohorts could intervene. 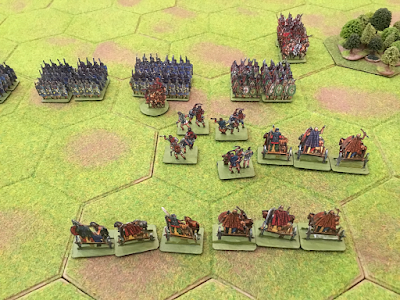 The Roman light infantry and half of the Auxilia were lost, but the British chariots lost heavily thanks to the intervention of the Roman general. 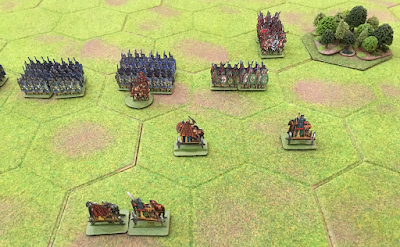 The Romans rallied their Auxillia and then counterattacked but the nimble British chariots evaded the slow infantry without loss. 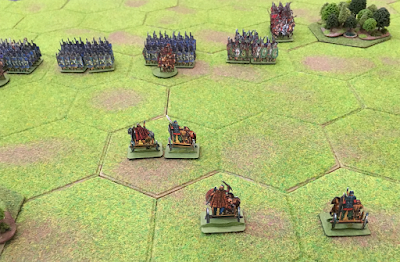 Seeing no other option than the flanks, the British decided to attack with their remaining strong chariot unit supported by the right wing's cavalry. While at the same time attempting to withdraw their under-strength chariots to safety. 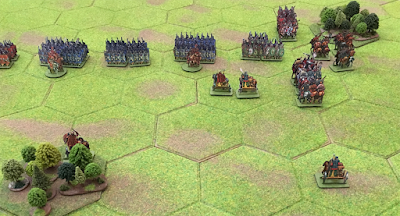 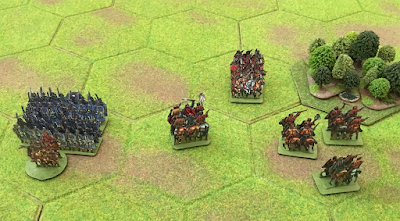 The Roman legionary cohort advanced on the British cavalry which immediately charged the Romans causing casualties before themselves being wiped out. Upon being charged by the Roman light cavalry, the British light horse evaded with few losses. 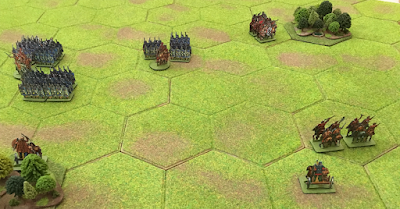 The British withdrew the remains of their right wing into safety, hoping still to be able to protect their army's flank. 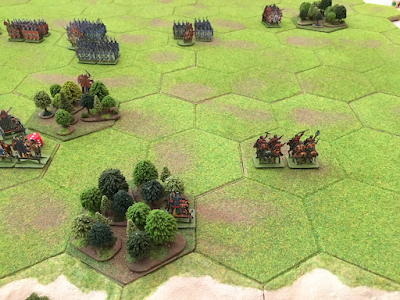 The Romans then advanced their battle line, slowly towards the awaiting British. 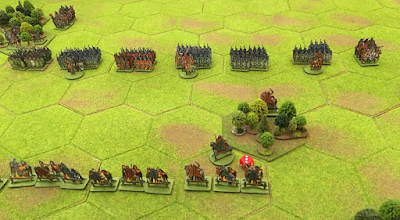 The British light horse skirmished with the flank of the advancing Romans, but without great success.

Deciding that the battle on their right flank was now hopeless, the British attacked with their left flank against the Roman right. 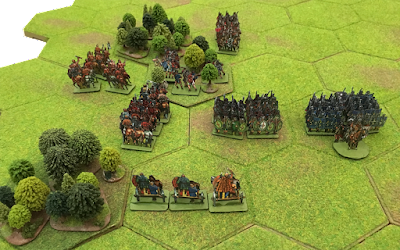 While the British light horse skirmished with the Roman light infantry in the woods, the British cavalry and chariots attacked the Roman Auxillia cohort. Half the cohort was destroyed, but not without losses to the British. 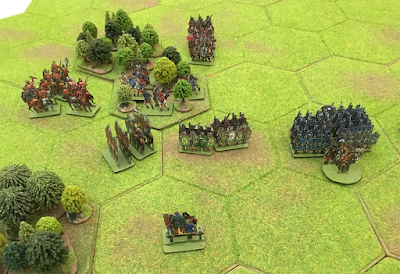 For the second time in the battle, a Roman general rallied an Auxillia cohort and sent it back into the fray. 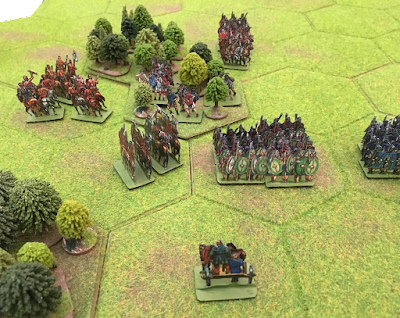 The Auxillia took losses but forced the British chariots and cavalry to retreat. The skirmish in the woods continued with both sides taking casualties. 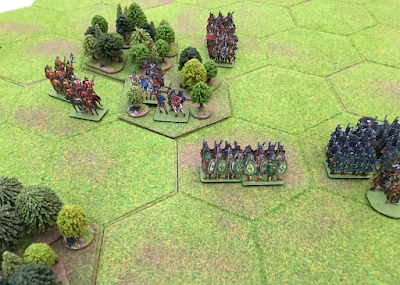 The Romans advanced their main battle line again, throwing their pila at the remaining British chariots causing casualties and some of the British to retreat into the River Stour which luckily was fordable at this time of the year. 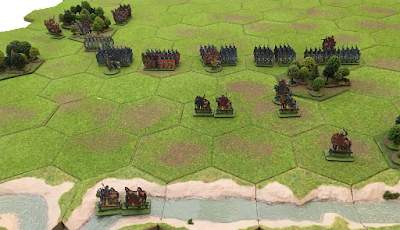 Seeing his chariots being destroyed around him, the British general decided on a desperate last attempt to swing the battle in his favour. He charged into the Roman centre with most of his remaining chariots and light horse. 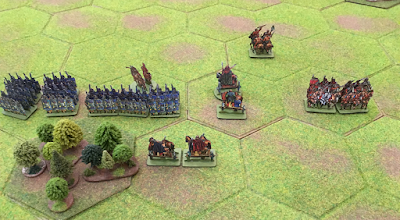 He nearly got away with it. The Romans lost heavily, but not enough for their army to break. 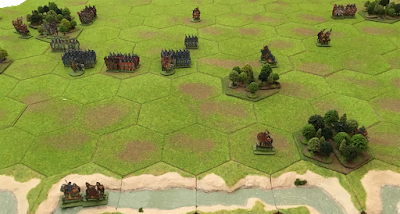 The British were now exhausted and seriously depleted; they withdrew from the field. On foot, the Romans could not pursue. Caesar claimed a victory because he held the field of battle and because he had caused slightly more casualties on the enemy than his troops had lost.

Realizing that their makeshift army was no match for the Romans, the British had only left behind the charioteers to harass the Romans. This was never intended as major battle, merely to slow the Roman advance while the British moved the inhabitants from the invaders path along with the cattle. This prevented Britons being captured and used as slaves and denied the Romans food in the form of British livestock. It worked!

Julius Caesar was worried, he was in trouble, his army was running out of rations and the retreating British had left no food behind. What was he to do; the campaign would need to pause while the food problem was resolved.