This is the sixteenth scenario in a Battle of Britain campaign that follows the exploits of the fictitious Country of Dampshire 369 Squadron Auxiliary Air Force. We use the Wings of Glory WW2 rules, slightly modified to give faster play, together with our own set of campaign rules. We use the Wings of Glory planes where the right model is available, other manufactures are used to fill in the gaps.

The RAF was being hit by pilot-drain. New replacement pilots were arriving at front-line squadrons with only a few hours training at OTUs. Experienced pilots were being rotated out of front-line service due to tiredness and strain.

The wounded Cholmondeley Featherstonehaugh was seen being driven off in the back of a Rolls Royce sitting close to the daughter of an Earl - or maybe the wife of an Earl, nobody was quite sure.

Sir Price and the fitter Walker we seen driving away in the squadron's shooting-brake, equipped with shovels and spades.

Half Pint and Foxy Moron were seen sneaking off before breakfast, which was very unlike them.

Sitting in the dispersal hut were the squadron's newly arrived replacement pilots, being watched over by Foxy’s troublesome dog. When the scramble came the two novice pilots looked about somewhat unsure, and then ran to their planes and took off. 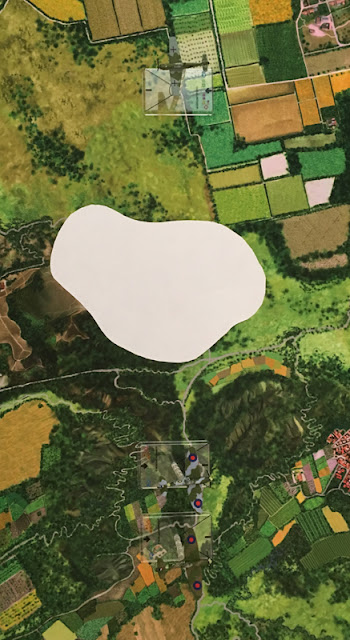 The sky way partly cloudy, but they soon spotted an enemy fighter and turned towards it. 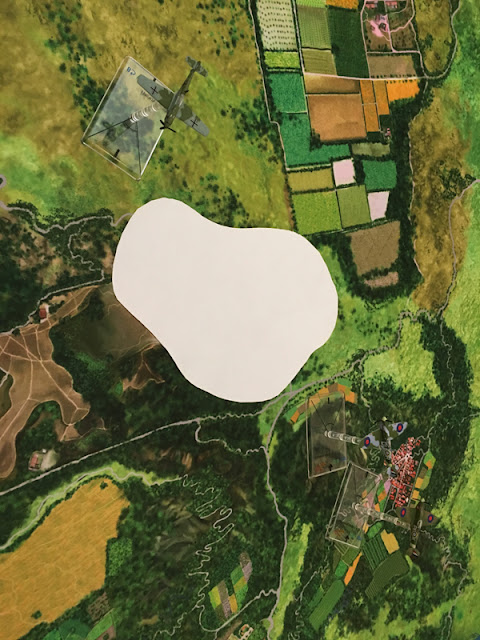 The Spitfires headed into a cloud and were followed into it by the Me 109. 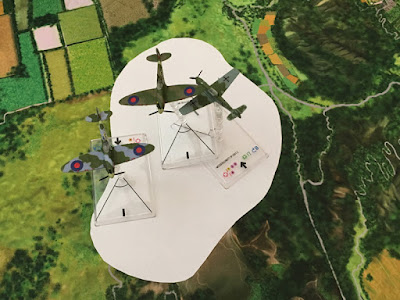 As they came out from the cloud, the Me 109 managed to get a burst of cannon fire into one of the Spitfires. 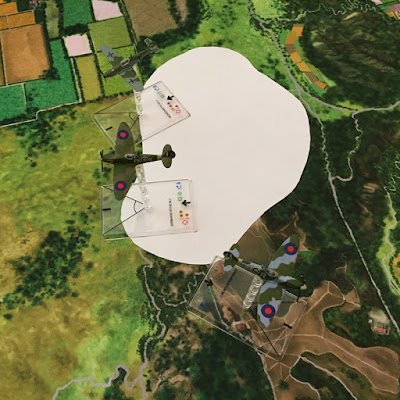 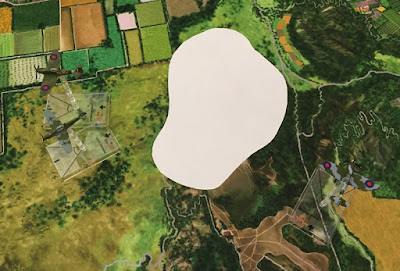 Pilot Office Wayne, more by luck than skill, managed to get onto the tail of the Me 109, but his burst of machine-gun bullets seemed to do no damage. 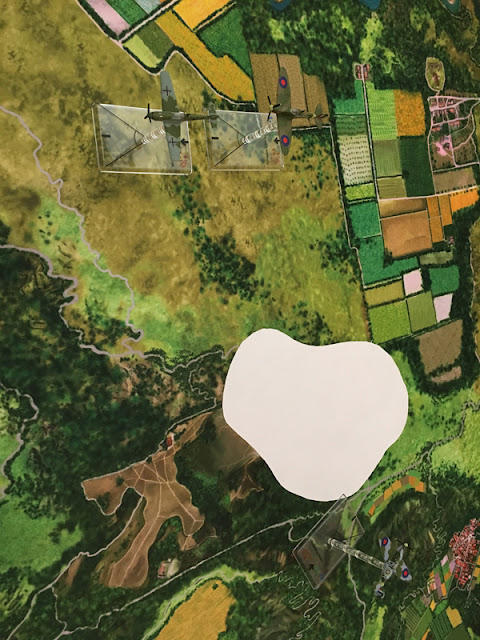 Unsure what was happening, Wayne stalled his Spitfire, allowing the Me 109 to open the range. 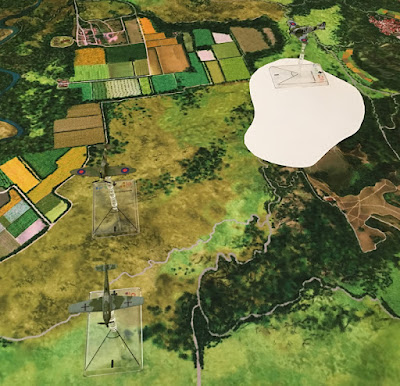 Dasshausen in the Me109, then performed an Immelmann which caused Wayne to overshoot and surprised Sinclair who came charging in. Sinclair had never seen an Immelmann being done before. 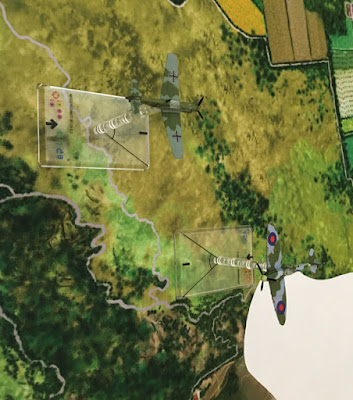 Dasshausen turned away from the fight... 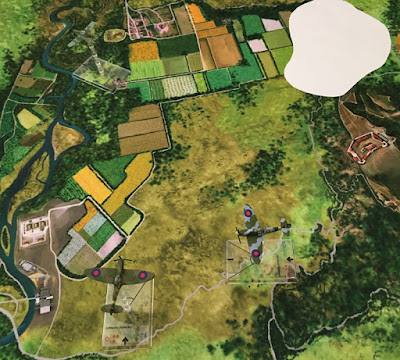 ...and the performed another Immelmann hoping to surprise the Spitfires yet again. 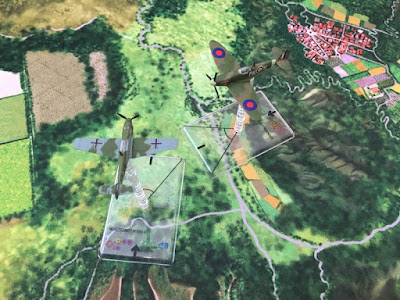 Dasshausen's deflection shooting was much better than the novice Bruce Wayne's. 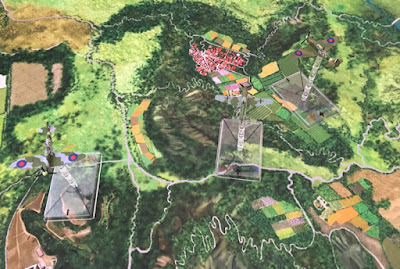 Bruce Wayne's Spitfire plummeted down towards the fields of Kent. 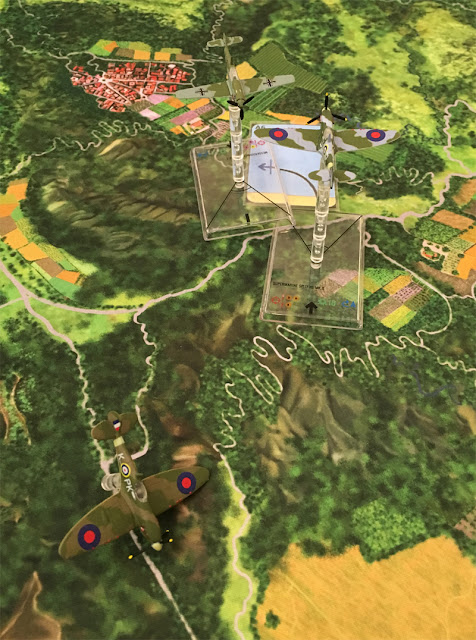 Both Dasshausen and Sinclair at this point decided that their planes were too battered to continue the fight and turned towards their home fields.

Pilot Officer Bruce Wayne baled out and landed in a back garden in the village of Bramley End.