This is the fourteenth scenario in a Battle of Britain campaign that follows the exploits of the fictitious Country of Dampshire 369 Squadron Auxiliary Air Force. We use the Wings of Glory WW2 rules, slightly modified to give faster play, together with our own set of campaign rules. We use the Wings of Glory planes where the right model is available, other manufactures are used to fill in the gaps.

The fine weather was what Göring had been waiting for. Earlier that morning the 3 Luftflotten were busily preparing for a major coordinated attack on the RAF. The intention was to hit as many RAF airfields as possible and to bring up as many British fighters as they could, which could then be shot down. 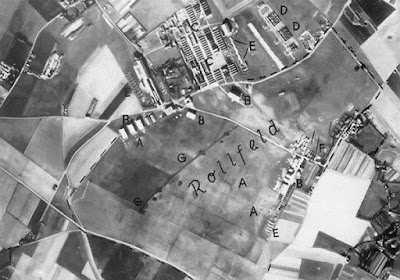 Pilot Officer Cholmondeley Featherstonehaugh was still being patched up by the squadron doctor when the alert came. So it was Pilot Officers Sir Price and Emmett Hollingberry who scrambled in their Spitfire Mk IIs to meet the incoming bandits.

Sir Price followed by Hollingberry tried to get behind the Huns, but the were spotted and the Germans turned towards them. 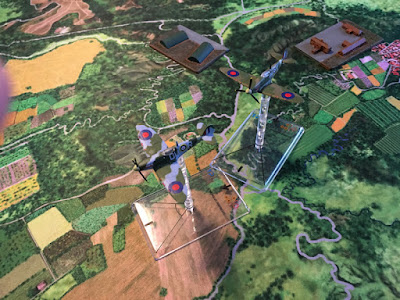 Soon a swirling dogfight occurred. Despite the Me 110's lack of maneuverability, it seemed to always have its forward guns pointing at a Spitfire. Somehow the Me 110 seems to lock onto Sir Price's tail! 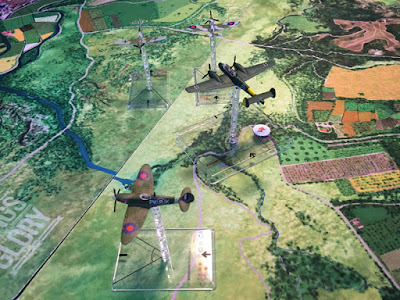 The Bf 109 didn't want to be left out, and after a head-on pass its cannon fire set Hollingberry's Spit ablaze. 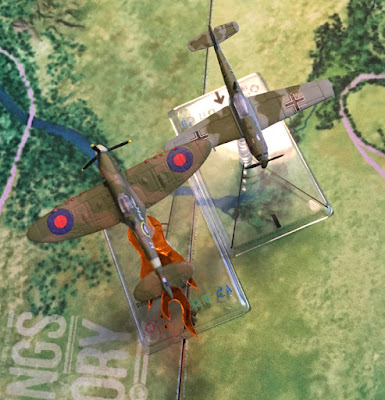 Sir Price couldn't shake the Me 110 off his tail in time; he had to bale out as his Spitfire disintegrated around him. 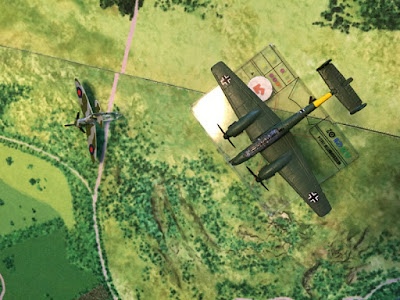 Hollingberry tried to get on the tail of the Me 110 in order to avenge his friend, but he couldn't manage it before a combination of the fire and the 109 behind did for him too. Even he baled out. 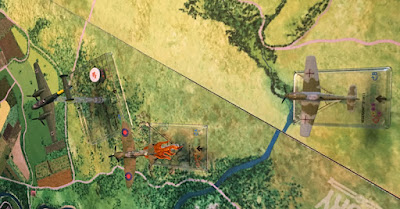 Both British pilots parachuted down into a field, unhurt and unhappy. As they walked back to the airfield they could hear the Germans shooting up the place.

Arriving back they found the Officers' Mess destroyed and the NAAFI van on fire. Walking past the van, Sir Price thought it still smelt of bacon.

But worse news was yet to come. The pilots would have to spend the night, sharing the bell tents located on the perimeter of the airfield with the "Erks". "We'll never get any sleep in the same tent as a snoring fitter", bemoaned Hollingberry.

As they walked slowly across the smoking airfield, they saw a Bedford OX pulling a Queen Mary turn only the airfield. Not normally an unusually sight, but what was strange and somewhat worrying, was that Cholmondeley Featherstonehaugh was at the wheel.

"What-ho the RAF!", exclaimed Cholmondeley.
"What you got there?", asked Hollingberry.
"They look rather tatty, clapped out I'd say old chap", offered Sir Price, "and what happened to the rest of it?".
"Just you wait and see when the fitters are done.", said Cholmondeley, "Cuckoo clocks you know!".