This is the twelfth scenario in a Battle of Britain campaign that follows the exploits of the fictitious Country of Dampshire 369 Squadron Auxiliary Air Force. We use the Wings of Glory WW2 rules, slightly modified to give faster play, together with our own set of campaign rules. We use the Wings of Glory planes where the right model is available, other manufactures are used to fill in the gaps.

Adlertag; the great assault which it was hoped would bring Britain to its knees. The bombing force consisted of dozens of Dornier 17s led by Oberst Johannes Fink. His headquarters was in a bus on the cliffs of Cap Gris Nez where he could actually see through his binoculars the defenses of Dover. Today he deserted the bus for a pilot’s seat in the lead bomber.

The plan was that the Dornier 17s were to be accompanied by an equally large number of Bf 109s. However there was a communication problem, probably the wavelength had been altered and the bombers’ radios had not been fitted with the new crystals required. The accompanying fighters had radios which were fully functional.

The weather turned out to be poorer than expected. When Göring got this disappointing news, he postponed the operation, but by this time Fink’s planes were already airborne.

The cancellation was radioed to the airplanes and the fighters received the message and turned back. The bombers didn’t get the message and pressed on. This despite the fact that one fighter pilot, seeing what was happening, flew in front of Fink’s Dornier gesticulating wildly, trying to send the message that the operation had been postponed.

The Dorniers bombed their target in Kent, but as they turned for home they were intercepted by British fighters. Unsupported by friendly Bf 109s, the Dorniers lost heavily. 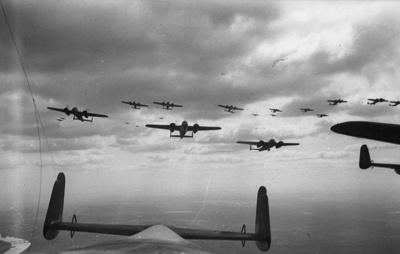 Having dropped their bombs on what they hoped was an armaments factory in the South of England, Leutnants Didi Schnell and Fritz von Spy und Spe where heading back to the continent. Their 109 escorts had disappeared when they crossed the French coast but the raid had gone well without them.

Pilot Officers Sir Price and Emmett Hollingberry were patrolling over Canterbury when the controller called them up and directed them towards a raid. Sir Price spotted the bandits and he and Hollingberry took their time working round to the bandits six.

Meanwhile Schnell and von Spy und Spe, with a cry of "Achtung Spitfire!", closed up their formation for better defensive fire. 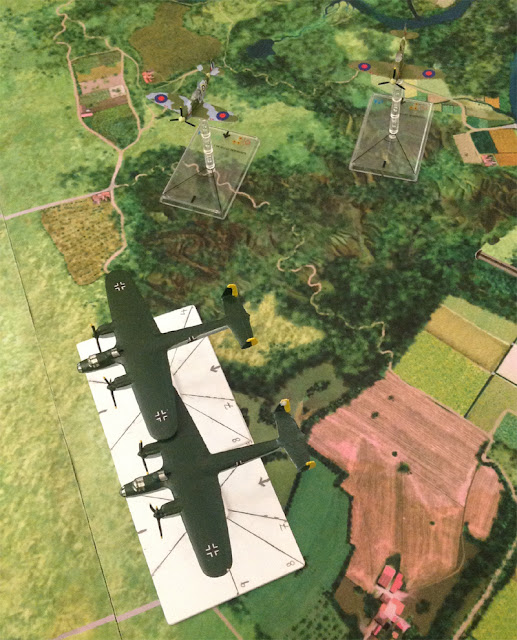 With a shout of "Tally Ho", Sir Price opened fire damaging von Spy und Spe's Dornier but the return fire from both the Dorniers' rear-gunners caused black fumes to bellow out from Sir Price's engine. 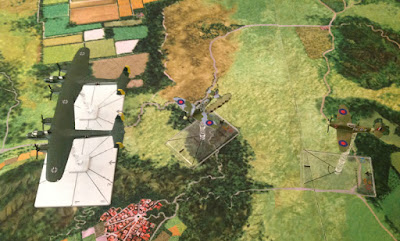 When Oberleutnant Sepp Schlangenaugen and Leutnant Adolf Halland heard that the escort came back early, they jumped into their Bf 109s, determined to get the bombers home safely. When they spotted the bombers under attack over Kent, they raced towards the fight.

Before the Bf 109s could intervene, some lucky shooting caused Sir Price's engine to pack up. However with his parting shot, von Spy und Spe's Dornier caught fire. 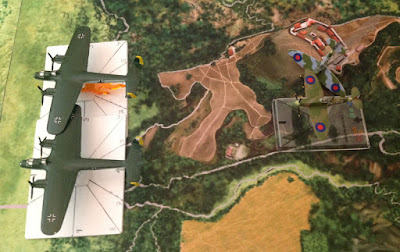 Hollingberry took up the chase, picking on the already damaged Dornier.

Schlangenaugen and Halland were a little too eager to get into the fight, and quickly overshot Hollingberry's Spit.

This gave Hollingberry time for another burst, which did for von Spy und Spe. 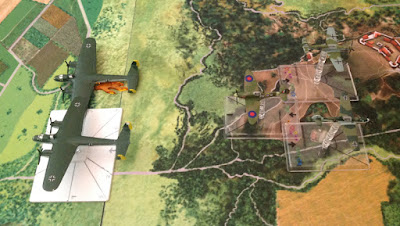 The 109s turned on Hollingberry, but too slowly, so he managed to shoot down Didi Schnell as well. 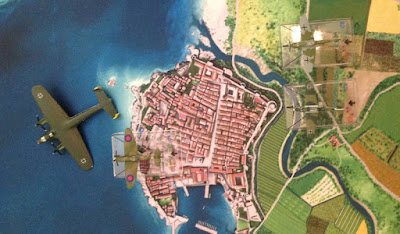 Too late to save the bombers, the 109s caught up with Hollingberry and downed him over the Kent beaches.

Sir Price, with his dud engine, glided down over Kent and landed in a farmer's field. He received a cuddle from a dozen or so Land Girls before being taken to the farmhouse. The farmer, who had seen the fight above and the plummeting Dorniers, gave Sir Price a huge tot of his homemade Apple Brandy and then sent him off back to the airfield with a large parcel of bacon for the Officers' Mess.

Emmett Hollingberry ditched is plane in the channel, just a few dozen yards from Hastings Pier. Despite being injured in what could only be described as a crash, he managed to get out and swim ashore. He was immediately taken to the Novelty Rock Emporium by members of the home guard who gave him tea while waiting for the local ambulance to arrive. Hollingberry was now an Ace and while recovering from his injury went to The Palace to be awarded the DFC.

Fritz von Spy und Spe and his crew baled out over Kent, landed safely and before they could be discovered, made their way to the coast near Rye where they stole a fishing boat back to the continent.

Didi Schnell's Dornier crashed into the channel with no survivors.

Sepp Schlangenaugen and Adolf Halland flew back to France, where they celebrated Halland's kill with liberated Champagne. Halland was now a double Ace. He was awarded the Iron Cross, First Class and traveled to Karinhall to collect it from Göring himself.

Back at 369 Squadron's airfield, Foxy Moron the Intelligence Officer was in a flap, one of his paintings was missing, he was so busy searching for it that none of the pilots got debriefed. William ”Half Pint” Carruthers had been away on one day's leave, he returned late in the evening with a black eye, about which he would not talk. Sir Price smuggled a parcel into his quarters, but it went unnoticed, as the nosey Fitter Walker was away chauffeuring the wounded Cholmondeley Featherstonehaugh.