This is the tenth scenario in a Battle of Britain campaign that follows the exploits of the fictitious Country of Dampshire 369 Squadron Auxiliary Air Force. We use the Wings of Glory WW2 rules, slightly modified to give faster play, together with our own set of campaign rules. We use the Wings of Glory planes where the right model is available, other manufactures are used to fill in the gaps.

Générale de Gaulle flew from France on 17th June and landed at Heston Airport. He visited Churchill at Number 10 Downing Street and discussed making a radio broadcast. The following day, De Gaulle broadcast an appeal which exhorted the French people not to be demoralized and to continue to resist the occupation of France.

The Vichy regime had already sentenced de Gaulle to four years imprisonment; on 2nd August he was condemned him to death by court martial in absentia.

De Gaulle and Churchill reached agreement on 7th August, that Britain would fund the Free French, with the bill to be settled after the war. A separate letter guaranteed the territorial integrity of the French Empire.

Having reached agreement, it could have been possible that Churchill invited de Gaulle and the American Ambassador "Joe" Kennedy to dine with him that evening at Chequers. 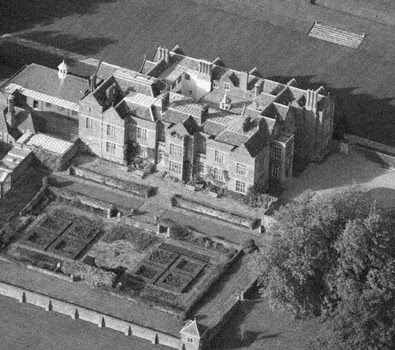 Information from a French spy in England had informed the Abwehr of the proposed meeting between Chirchill and de Gaulle. The Abwehr in turn informed the Luftwaffe who planned a raid on Chequers. It was to be a small raid, that could hopefully sneak through without being detected by RAF fighters. Because of the distance, it could not have fighter escort for the whole journey; fighters would escort the bombers to the limit of their endurance and new fighters would meet up with the bombers on their way out. Two Heinkel He 111 bombers would perform the raid escorted by two Messerschmitt Bf 109 E-4s. Oberleutnant Sepp Schlangenaugen and Leutnant Adolf Halland would fly the first escort.

The incoming raid was detected by RDF and a telephone call was put through to 369 Squadron. Two Hurricane Mk IIs were scrambled flown by Pilot Officers Cholmondeley Featherstonehaugh and Sir Price.

Having been warned in good time, the Hurricanes met the raiders while they we still over the channel. The Hurricnes, led by Sir Price, attacked directly.

The 109s were slow in responding, and the Hurricanes made a head on pass through the Heinkels before the 109s could come to their defense. 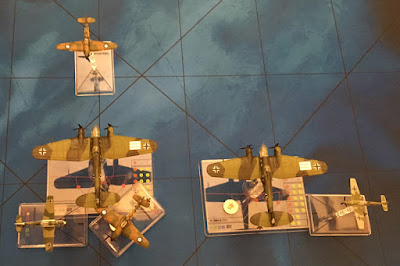 A close range burst from Featherstonehaugh set an engine of one of the Heinkels on fire. Both Heinkels forged ahead as quickly as possible, while a dogfight between the 109s and the Hurricanes broke out behind them. 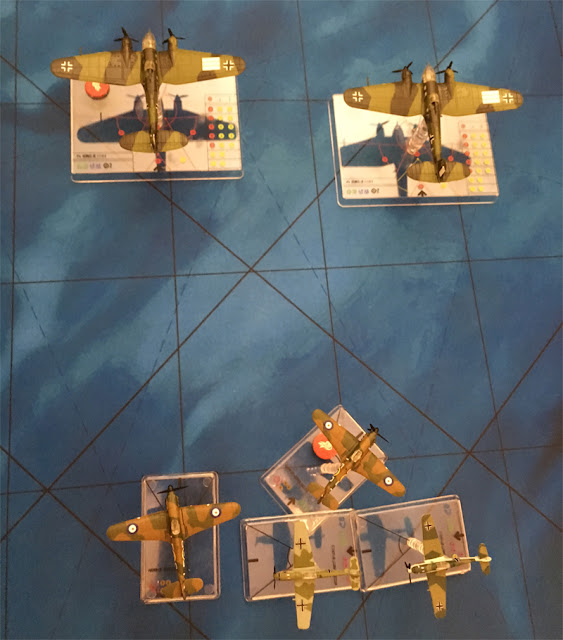 The dogfight gave the Heinkels enogh time to get clear. All the fighters took damage but a lucky deflection shot from Schlangenaugen caused Sir Price's Hurricane to catch fire and was last seen diving away in flames. A kill for Schlangenaugen.

The Germans were running low on fuel so they headed for France. Featherstonehaugh had lost sight of the bombers, so he nursed his damaged Hurricane back to base.

Sir Price managed to crash land his flaming Hurricane in a farmer's field. He decided that his previous crashes in the cold waters of the channel should have been appreciated more, compared to this hot escape.

When the controllers heard that the Heinkels had escaped they contacted 369 Squadron again, and scrambled another pair of Hurricanes. Flying Officer William ”Half Pint” Carruthers and Sous-lieutenant Napoleon Schickelgrüber took off in chase of the bombers. Napoleon Schickelgrüber, an Armée de l'Air fighter pilot, had recently arrived in England after fleeing occupied France.

They caught up with the Heinkels and picked one target each. Half Pint got on the tail of his Heinkel and shot it down just as it was lining up for its bomb run on Chequers.

Napoleon Schickelgrüber was slower and just as he was turning on his Heinkel he was damaged by defensive fire causing him engine trouble. 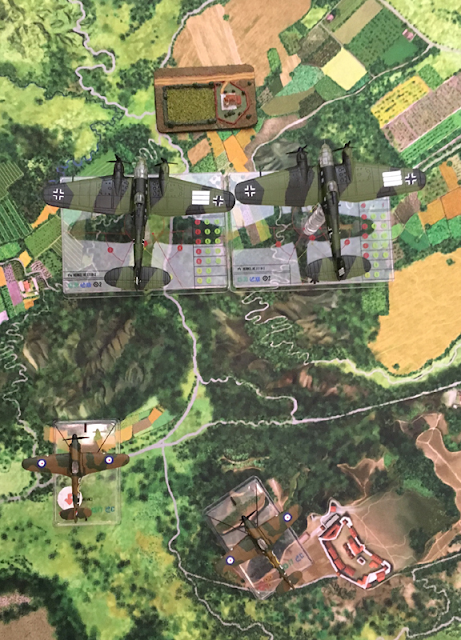 The remaining Heinkel, worried by the presence of the Hurricanes, made a quick bomb rum on Chequers.

Most of the bombload misses the target but one bomb lands on the terrace and bounces through the dining room window landing on the floor next to the dining room table. Churchill’s bodyguard, Detective Inspector Walter Henry Thompson, dives on top of the bomb to protect the Prime Minister from the blast. After a very very long 15 seconds – nothing has happened. Thompson gets up to the applause Winston and his guests, dusts himself down and throws the bomb back out the window. Where it of course explodes, destroying the dove cote, and providing the guard house with a good dinner. 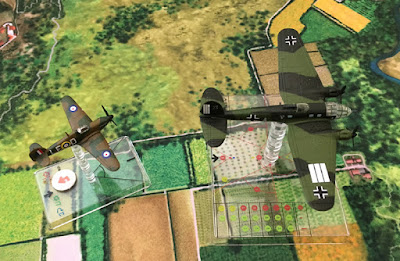 Half Pint tenaciously chased the remaining Heinkel and shoots it down as it turned for home.

Napoleon Schickelgrüber heads for home nursing his stricken engine. Leading Aircraftman Walker, a fitter, looks over the Hurricane's engine but claims he could find nothing wrong with it. Shouts of "le roast bœuf incompétent" and "bloody frogs" could be heard coming from the hanger, although they did not disturb the partying in the Officers' Mess.

Half Pint returns to base to be feted in the Officers' Mess. Squadron Leader Foxy Moron, the Intelligence Officer, rewards Half Pint with a glass of Pastis while being debriefed. With his attention elsewhere, Foxy’s troublesome dog relieves himself in Half Pint's flying boots.

The chateaux we used to represent Chequers came from Irregular Miniatures 2mm range.