Battle of Barrosa in 6mm - rematch

We decided to do a rematch of our first game of the Battle of Barrosa 5 March 1811. The first game was very close, so we decided to swap sides and see what happened.

Details of the background can be found in the first game, so I won't repeat them here.

The Battle of Barrosa has always interested me, and I have a print of it hanging on my wall. 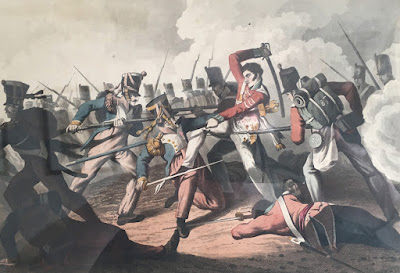 The first French eagle to be captured by the British was taken by the 87th Regiment of Foot from the French 8th Line at Barrosa.

The first British Army soldier to touch the eagle was a young Irish officer, Ensign Edward Keogh, although as his hand grasped it, he was immediately shot through the heart and killed. He was supported by Sergeant Patrick Masterson, who grabbed the eagle from the French ensign who carried it, reputedly with the cry "Bejabbers boys, I have the cuckoo".

Masterson was rewarded with a battlefield commission and the Prince Regent bestowed on the regiment the title The Prince of Wales’s Own.

The eagle was taken back to Great Britain and put on display in the Royal Hospital, Chelsea, from where several years later it was stolen: it's fate is unknown. The original staff is still held in the Regimental Museum. 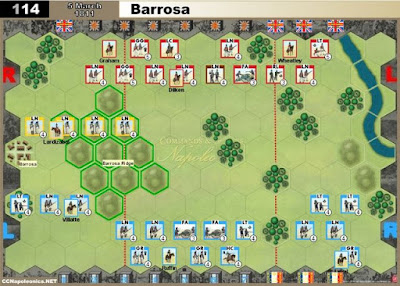 Knowing the importance of Barrosa hill, the battle started by the Allies pushing forward their Spanish line and supporting them with the British Foot Guards. To protect their right flank, they also occupied Barrosa village. In the actual battle, it wasn't a village but a look-out post. 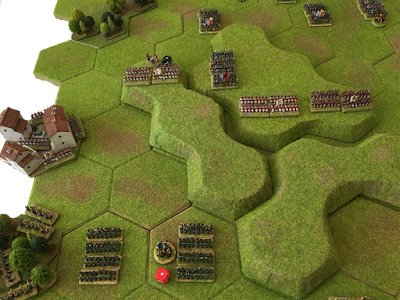 Just like in the previous battle, the French pushed forward their artillery in order to get a good line of sight on Barrosa hill. But this time they had learnt a lesson, and they supported the artillery with light infantry in the woods. 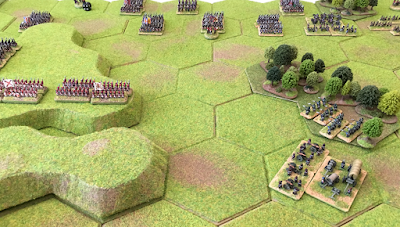 The French opened fire on the Spanish in Barrosa village, and they retreated with losses. 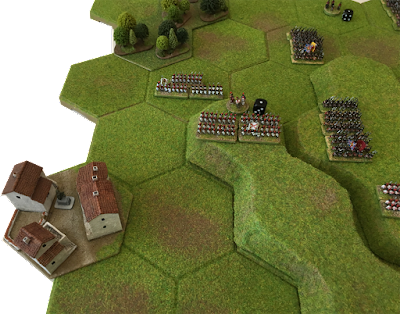 The British Foot Guards advanced and opened fire on the French causing casualties. 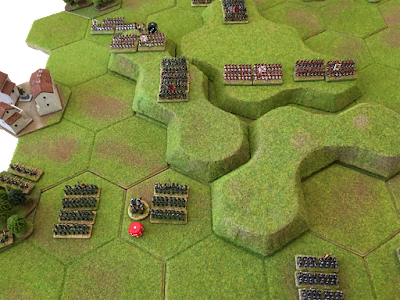 The French decided that just standing taking fire wasn't a good idea, so they performed a bayonet charge supported by artillery fire. 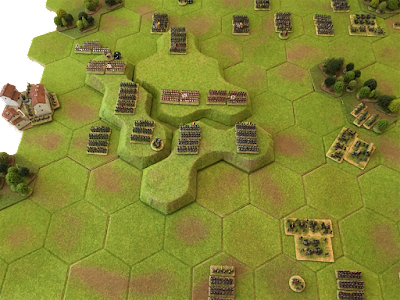 The bayonet charge was devastating; both the Spanish and the British Foot Guards lost heavily and the Spanish retreated expeditiously. A second regiment of British Foot Guards arrived just in time to support the first and they both advanced on the French. 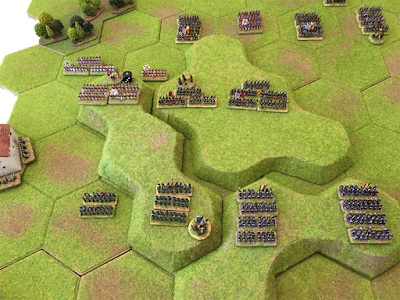 José de Lardizábal's Spanish infantry, opened a murderous fire on the French. One French unit was decimated, much to the surprise of all parties. 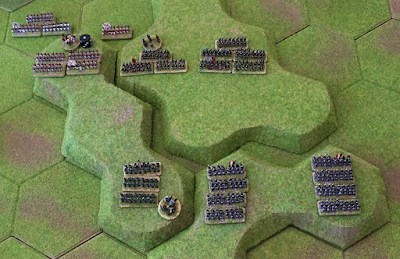 At the same time, the British artillery opened up on the French light infantry in the woods causing them to retreat with light casualties. However they didn't retreat far, so the still protected the flank of the French artillery. 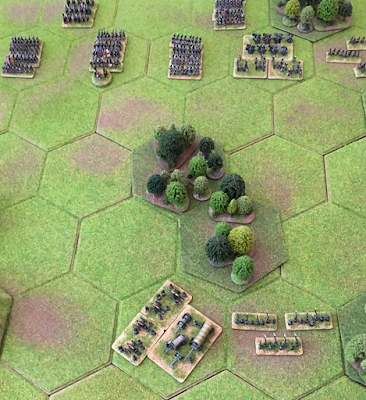 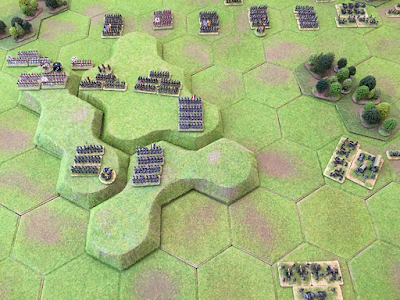 The charging French infantry was wiped out, but both Foot Guard regiments lost heavily. 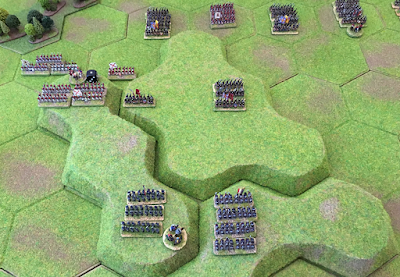 General Dilkes rode up and rallied the Foot Guards and brought up another British regiment in support. 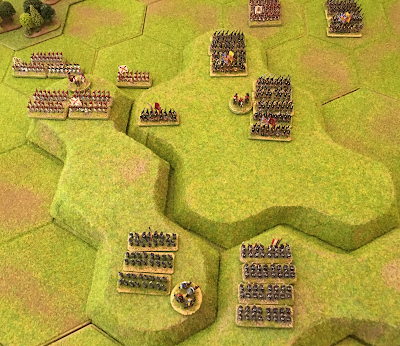 The Foot Guards opened a devastating fire causing the French to retire with losses. 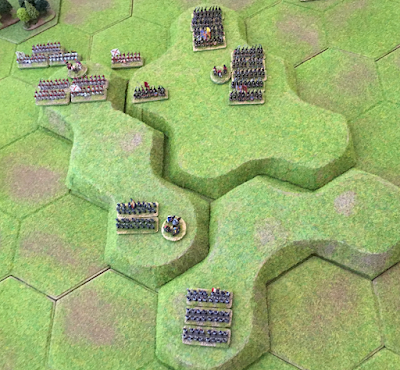 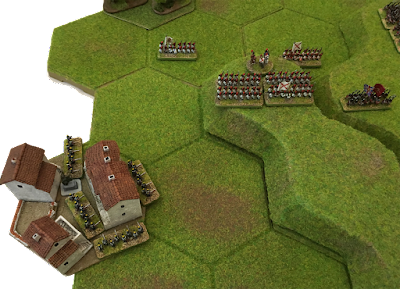 Meanwhile the Foot Guards on Barrosa hill continued with their withering fire on the French infantry. 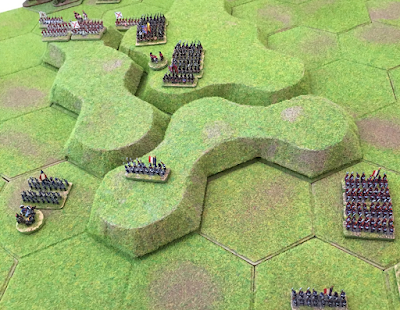 The French light infantry in Barrosa village continued to skirmish and snipe at the Spanish causing them more casualties. 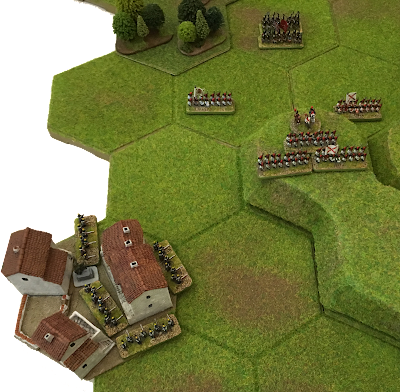 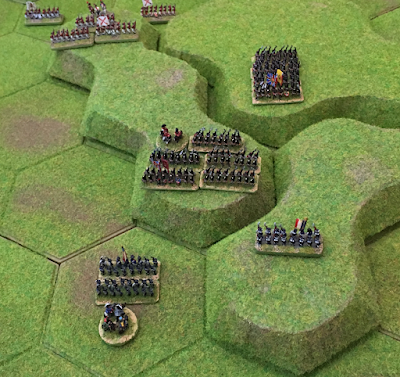 ...and the two regiments of French infantry in front of them just disintegrated. Meanwhile the French Grenadiers were approaching the hill in column of attack. 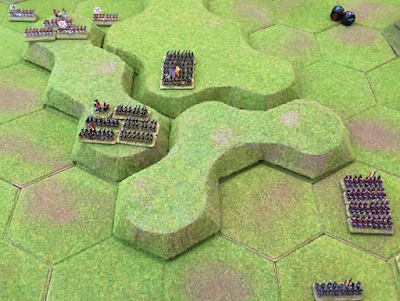 The two battalions of French Combined Grenadiers attacked the British infantry on the hill. The French were supported by a regiment of dragoons cantering up behind. 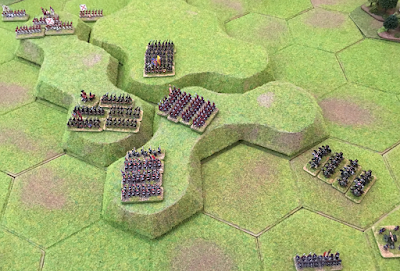 The French caused serious damage to the British regiments with only slight loss to themselves. 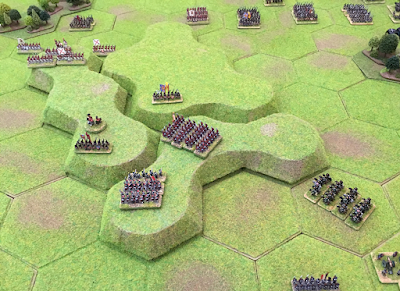 The battle for Barrosa hill continued, the British brought up some light cavalry to support the Guards and deter the French dragoons. However, General Dilkes was killed leading his men and the Foot Guards ceased to exist as a fighting force. 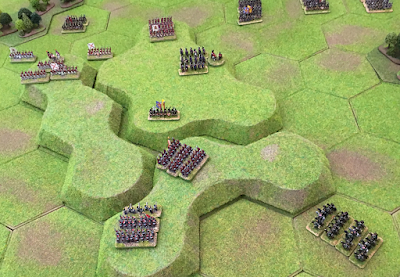 The French grenadiers overran the last remaining British infantry on the hill. 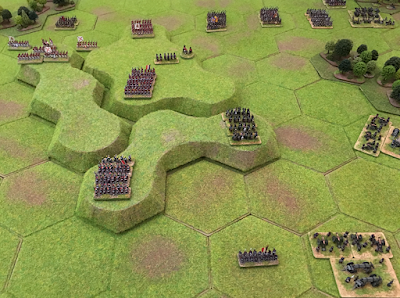 Realizing that they no longer had control of Barrosa hill, and that the French now threatened the coast road, General Graham ordered his troops to retire on Cádiz. The French in control of the field, claimed a victory.