This is the third scenario that we have played with the Romans vs the Ancient British. We will use our simple campaign rules to link these scenarios. It was planned to use the three scenarios in Expansion 2 but it is beginning to look like we will add a fourth. We are "cheating" by combining both of Caesar's campaign in Britain in order to do so.

Previously we have been playing Commands & Colors Ancients with Baccus 6mm models. However we didn't have enough Ancient British models so we played these scenarios with paper cut-out flats by Peter Dennis and Helion Publishing. Hex terrain from Kallistra.

When Julius Caesar resumed his march inland, the Britons united under their newly appointed leader, Cassivellaunus. He ordered his troops to avoid pitched battles with the legions. Instead, they were to just harry the flanks of the legions and to wear down the Roman cavalry by drawing them into skirmishes, only to retire after a brief fight. Caesar was impressed with the mobility and open order fighting capability of the tribesman. He countered by increasing the size of his foraging parties and emphasising the need for the legionnaires to support the cavalry. The next Roman foraging party was almost 20,000 strong, with three legions and all the cavalry. Caesar assigned the legate Gaius Trebonius to lead this detachment. Aware of the large amount of Roman infantry in the column, Cassivellaunus still broke his own rules and attacked – confident that his forces could strike and retire before the legions could close to battle. Trebonius ordered a counter attack and the Roman cavalry, closely supported by the legions, broke out of the attempted encirclement, The Roman cavalry then charged home and routed the Britons. The defeat broke the British alliance of tribes and gave Caesar temporary control of this part of the island. 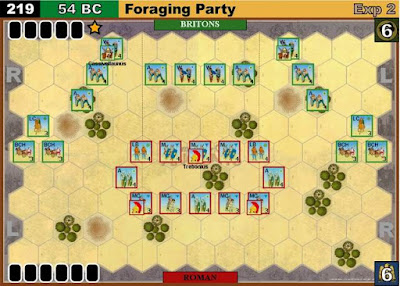 As the Romans advanced, the British threw some light chariots and cavalry against the Roman right flank. 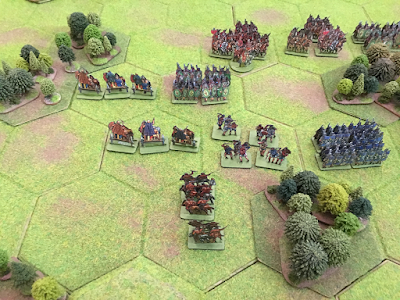 The British were repulsed with losses, but not without first causing serious casualties to the Roman auxilia infantry. 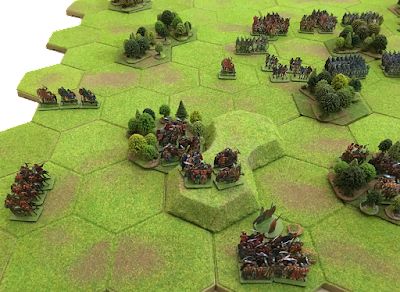 The Romans pushed forward the infantry in their centre. 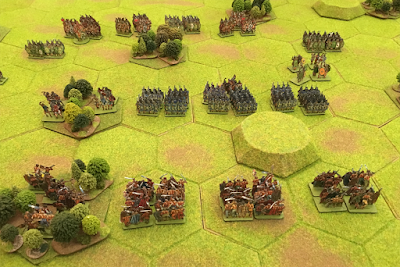 The Romans then through a single cavalry unit at the British right flank. 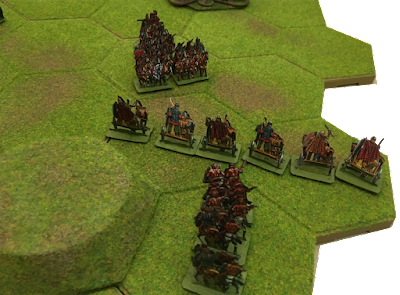 This attack pushed back one British light chariot unit. 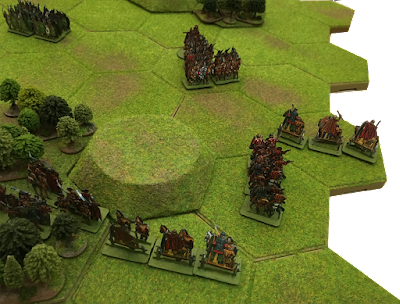 The British the counterattacked the Romans with a unit of light chariots. 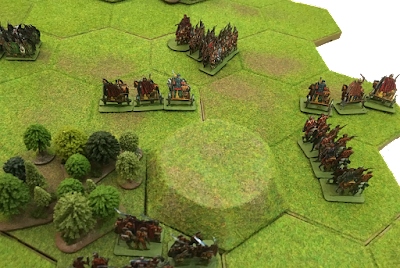 The Romans now attacked with their legionary infantry in the centre. 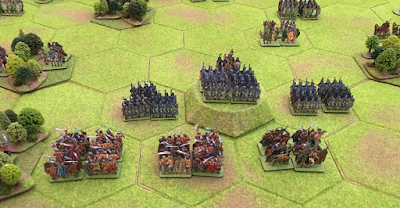 A nasty hole appeared in the British centre.

The British counterattacked in desperation. 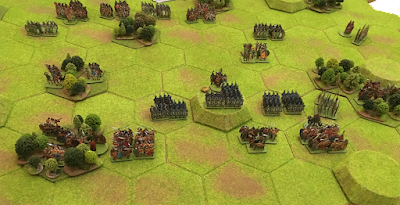 The British had the Gods on their side, the counterattack was successful. 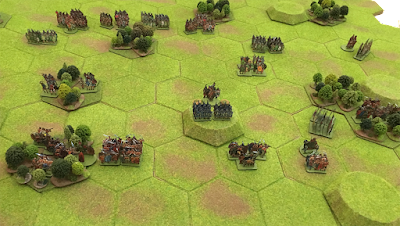 Deciding he was in a precarious position, the Roman general withdrew his lone legionary unit and advanced his other troops in support. 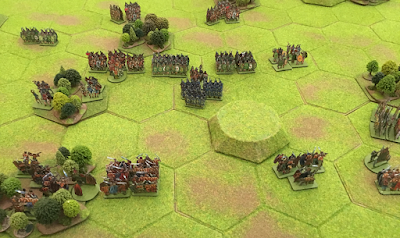 Seeing the Romans retire, the British threw everything they could at the Romans. 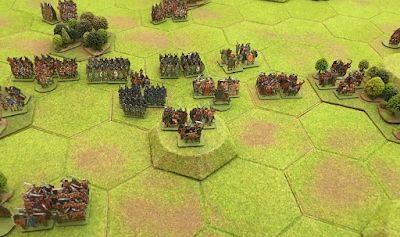 But the retiring Romans were still made of tough stuff; the British charge recoiled and the Romans went on the counterattack. 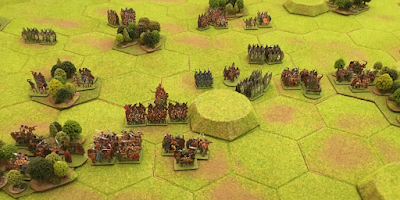 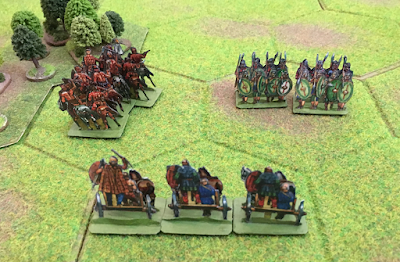 The auxilia decided that discretion was the better part of valour and retired. The Roman general then ignored the British troops on his right flank and instead attacked in the centre. 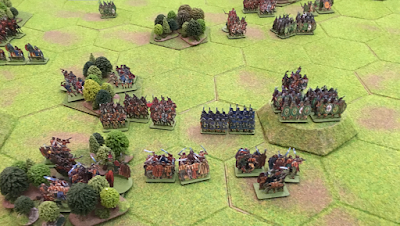 The Romans wiped out the last of the British warband and the rest of their army lost heart and fled the field of battle. 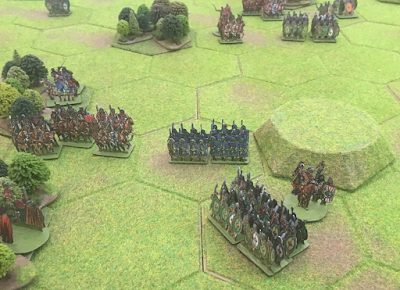 Roman marginal victory. Prior to the final attack, both sides had equal losses. The final Roman attack tipped the scales in their favour!

We have now played the three scenarios for Caesar's invasions och Britain in our mini-campaign. The Romans won all three battles which is fairly historical. However they lost an Eagle in doing so. We will now try and create a new fourth and final scenario in which the Romans must rescue "The Lost Eagle".