This is the second scenario in a Battle of Britain campaign that follows the exploits of The Country of Dampshire 369 Squadron Auxiliary Air Force, a fictitious squadron that didn't exist during the Battle of Britain.. We use the Wings of Glory WW2 rules, slightly modified to give faster play, together with our own set of campaign rules. We use the Wings of Glory planes from Ares where the right model is available, other manufactures are used to fill in the gaps.

On 12 May, Sedan was captured. Situated on the east bank of the Meuse, it gave the Germans a base from which to capture the Meuse bridges. Once captured, the German divisions could then advance across the open and undefended French countryside beyond Sedan, and to the English Channel.

The French believed that the Germans would need to bring up artillery to support the crossing but were surprised when the Germans used the Luftwaffe as flying artillery. This, on top of their already low morale, caused the French to break. 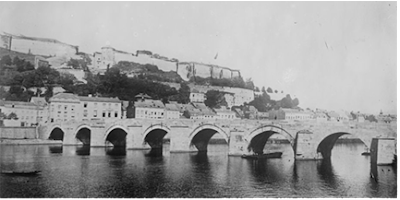 Having captured the Meuse bridges, the Germans poured troops and panzers across the river. On 14 May the British air forces, the Royal Air Force (RAF) and Armée de l'Air (French Air Force) tried to destroy the bridges, and stop German reinforcements reaching the west bank.

The bridges were protected by ack-ack and there was a standing patrol of two Messerschmitt Bf 109 E-3s (Oberleutnant Freiherr C.G.Sommarlath and Leutnant Adolf Halland). The ack-ack guns opened fire which in turn alerted the fighters which heading towards the incoming planes. 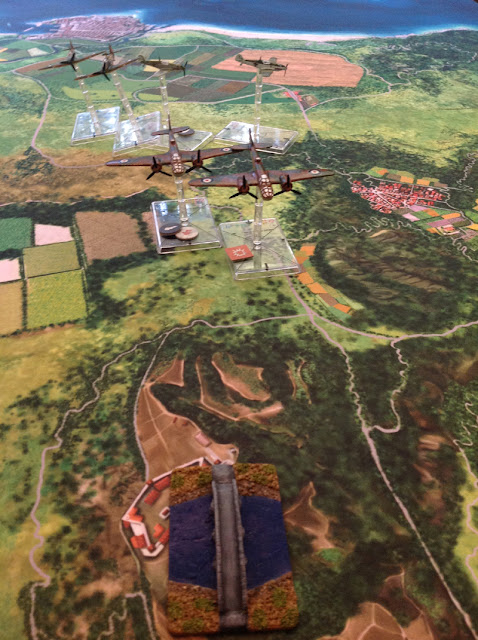 The inexperienced Sommarlath led the fighters head-to-head with the Blenhiems and a lucky shot caused one of their engines to start smoking. The defending Hurricanes then pounched on the 109s and soon Sommarlath's engine was smoking too.

While the Hurricanes kept the 109s busy, the Blenhiems only had the ack-ack fire to woryy about, but this was surprisingly ineffective. They lined up with the bridge for their bomb run. Both planes bombed successfully and then immediately turned for home and dived away from the pursuing fighters. The Hurricanes didn't stick arround, but escorted the Blenhiems safely away.