This is the scenario was not in the original design of the Battle of Britain campaign becuase I did not have any Bouton Paul Defiant models. However I managed to buy some from AIM (Armaments In Miniature) so this scenario could be added,

RAF fighters were getting scarcer and scarcer, and 19th July was the day that the Bouton Paul Defiant was sent into the battle.

The two-seater Bristol Fighter had proved a great success in WW1, and the Defiant was thought to be a modern version of it. However in 1940 the Defiant was already obsolete and proved a disaster. It's only armament, a dorsal turret, had problems firing forward - it couldn't fire through the propeller and had a minimum elevation of 19 degrees. One pilot said, “The Defiant could only attack another plane once it had past it”.

No. 141 Squadron’s Defiant fighters were in combat with the Messerschmitt Bf 109 Es of JG 51. Of the 9 Defiant fighters that entered combat, only 3 returned; none of these would probably have made it, had not No. 111 Squadron’s Hurricanes entered the combat to save the day. 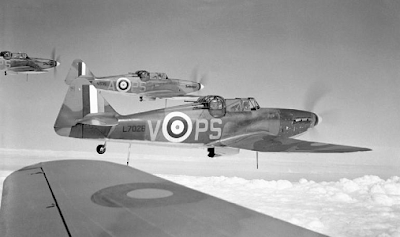 Two Bouton Paul Defiant fighters were patrolling over the south coast. They just flew clear of a cloud formation, when they spotted a pair of Messerschmitt 109 E-4s off their port wing. 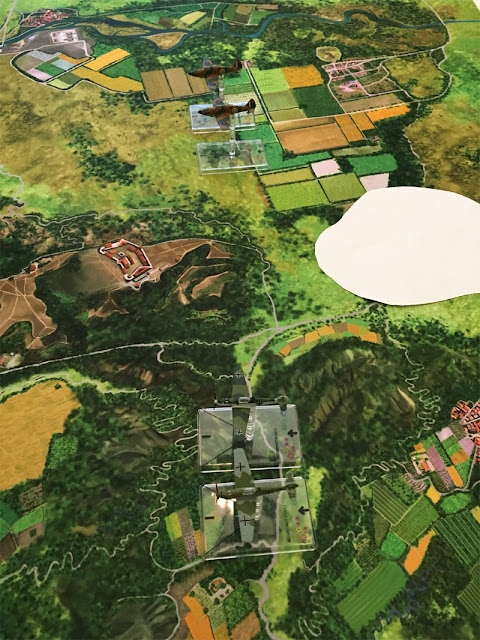 The Defiant pilots split formation, one turning sharply to starboard and the other to port. However the 109 wingman stuck tightly to his leader and held formation.

Accurate shooting from the Defiant's rear turret soon set one Messerschmitt on fire, wounding the pilot. 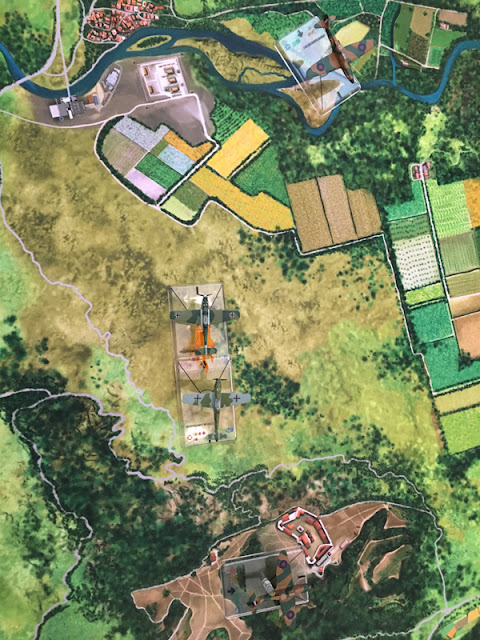 As the Defiants had separated, the 109 pilots could pick out one target and concentrate on it. Although the Defiant's rear-gunner bravely returned fire, his machine-guns were no match for the Messerschmitts' cannon. The first Defiant was soon a goner! 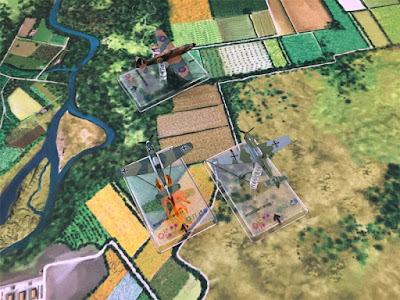 The Messerschmitts then ganged up on the second Defiant, giving it no chance to survive, even though the Defiant pilot had dived to give his rear-gunner as best a shot as possible. High above the fight, two Hurricanes led by Pilot Officer Percy Prune entered the fray. 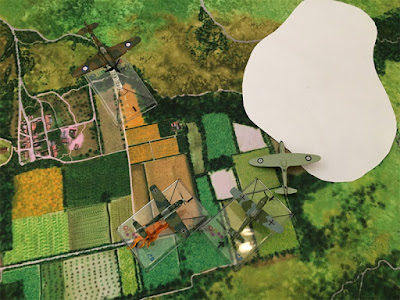 A snap shot by Prune on the flaming Messerschmitt was enough to do for the Hun, but in the same second the Hun's wingman shot down Prune's. 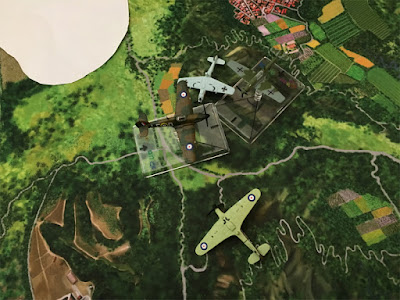 A tight turning dogfight ensued between the two remaining fighters, out of which Prune emerged victorious. 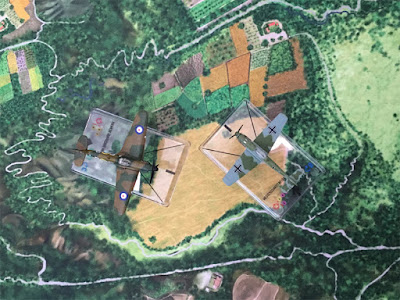 Pilot Officer Percy Prune was now all alone in the sky above the south coast. So he made a low level pass over the fields where his kills had gone in. There was a plume of fire where the flaming 109 had hit. He saw the pilot from his second kill climbing from the wreckage and a platoon of Home Guard running towards him.

Returning home, Plume performed a couple of victory rolls, first over his local pub (The Black Swan) and then over the airfield itself.

These forbidden victory rolls so enraged the Squadron Commander that he knew he must discipline Prune. But that’s not an easy thing to do when a pilot has just shot down two Jerrys. So instead he decided to transfer Prune to No. 369 Squadron, a squadron already full of known troublemakers!

British Victory - One Hurricane remained, master of the sky!

As this mission was added after the campaign started, we used new pilots; initially with no name, however Pilot Officer Prune did so well in his Hurricane that he was named.