This is the second scenario in a Battle for Malta campaign that follows the exploits of the Country of Dampshire 369 Squadron Auxiliary Air Force fighting against the Regia Aeronautica squadriglia d'aquila - two fictitious squadrons. We use the Wings of Glory WW2 rules, slightly modified to give faster play. We use the Wings of Glory planes where the right model is available, other manufactures are used to fill in the gaps.

Aircraft carriers were a rare sight in the Mediterranean. When the appeared they were used to protect convoy's to Malta and to trnsport fighter aircraft to Malta which they flew off at maximum range.

At Luqa airfield, three pilots of 369 Squadron AAF walked out to check their Gloster Gladiator fighters. Leading Aircraftman Walker, the fitter, showed Cholmondeley Featherstonehaugh round his Gladiator and said "No problems here, you are the squadron's Ace, we have faith in you!". "What-ho" said Cholmondeley "Let's name the plane Faith". Walker then showed Emmett Hollingberry round the Gladiator and then said "I hope you bring this one back in better shape than the last time when it was full of holes". "Great!" said Holliberry "Let's name the plane Hope". Finally Walker went round a Gladiator with Squadron Leader Foxy Moron. "We've got a Faith and a Hope", said Walker, "We should probably name yours Charity". "Bullshit", said Foxy, "I'll name it Butchery". Not long thereafter Faith, Hope and Butchery scrambled to protect an incoming convoy. However Foxy soon had engine trouble and had to turn back leaving the other two pilots to continue the mission.

The Italian High Command did not want any supply convoys to get through to Malta. Malta was to be under siege and if it couldn't be invaded then it would be staved into submission. When a convoy was spotted by an Italian float plane, Capitano Vitello Tonnato and the squadriglia d'aquila were ordered to attack; to sink the convoy and the aircraft carrier protecting it. The squadriglia d'aquila launched a strike consisting of Savoia-Marchetti SM.79-II Sparviero (Sparrowhawk) Torpedo Bombers escorted by Fiat CR.42 Falco (Falcon) biplane fighters. 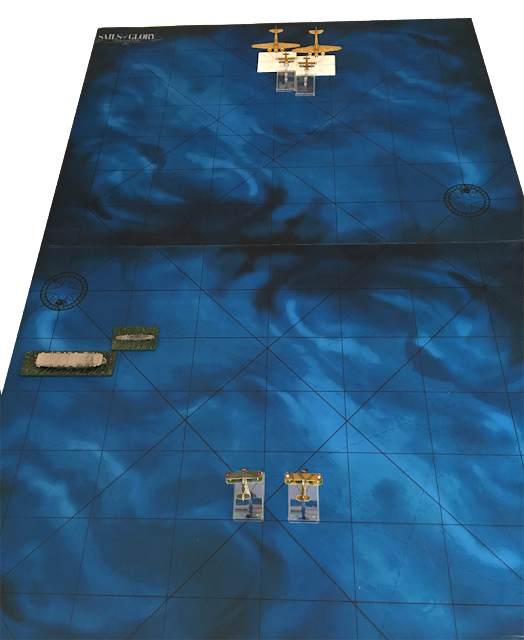 The Italians headed towards the British ships in a tight formation. 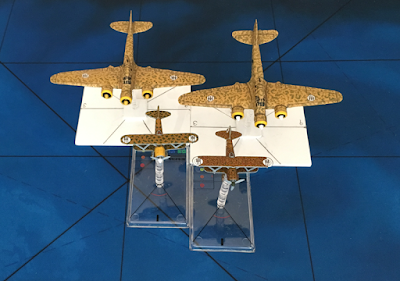 Cholmondeley and Hollingberry were patrolling in a loose formation, perhaps because Hollingberry had been known to clips his squadron mates' planes with his propeller when in tight formations. 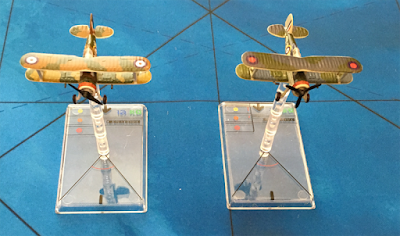 The Sparviero torpedo bombers turned towards the ships while the CR.42's headed straight at the incoming Gladiators. 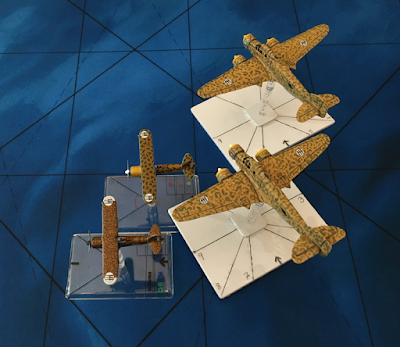 The two sides continued to close. 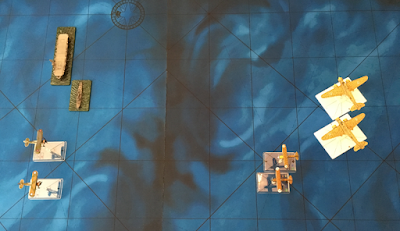 The Sparviero torpedo bombers lined up for their run at the ships. The anti-aircraft guns on the ships opened up on the CR.42 fighters. 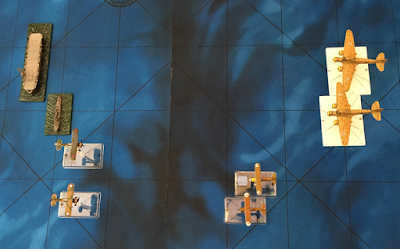 Cholmondeley and Hollingberry in their Gladiators head towards Capitano Vitello Tonnato and Tenente Gabriel Firenze Bossonova in their CR.42's and both sides open fire head-to-head. 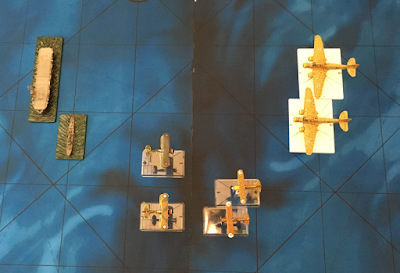 As the fighters raced past each other, Cholmondeley in his Gladiator exchanged fire with a Sparviero torpedo bomber. 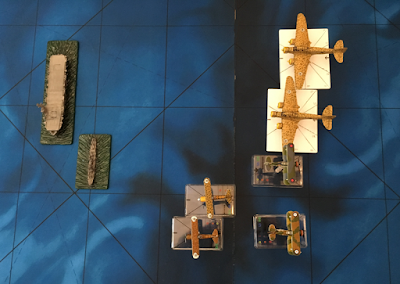 As the friendly fighters raced clear of the incoming enemy, the anti-aircraft guns on the ships opened fire again. The Italian fighters did an Immelmann to chase the Gladiators. 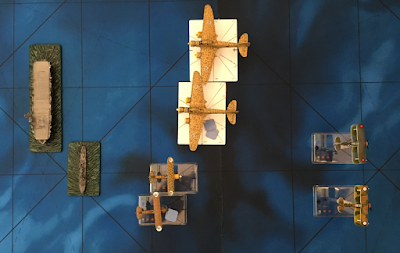 The Sparviero torpedo bombers drop their torpedoes as the dogfight between the Gladiators and the CR.42's continues. A lucky shot from Hollingberry, and Capitano Vitello Tonnato's engine starts smoking. 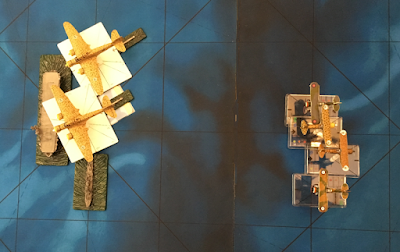 The Sparviero torpedo bombers come under heavy anti-aircraft fire from the ships as one torpedo hits the aircraft carrier and the second is still running. 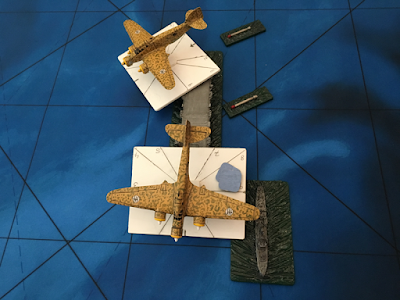 The Sparviero torpedo bombers turn for home as the second torpedo passes the stern of the aircraft carrier. Cholmondeley in his Gladiator turns somewhat belatedly to chase the bombers and leaves Hollingberry to tangle with the two CR.42's.

The bombers hug the deck and turn for home, hoping that the fighters will continue to ignore them. 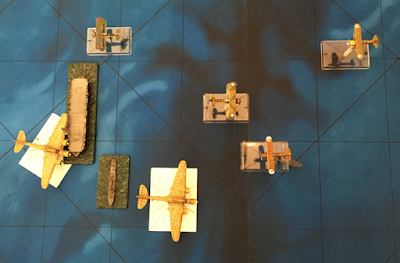 Cholmondeley turns to try and get on the tail of a bomber; Vitello Tonnato charges in to try and head him off. 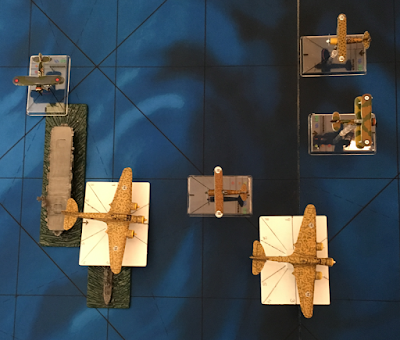 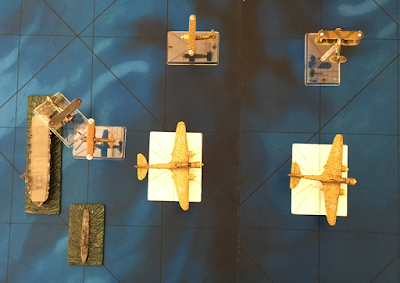 A lucky shot from Vitello Tonnato and Cholmondeley's Gladiator is done for. 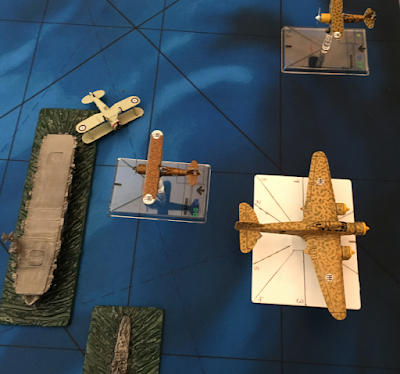 Both CR.42's now tussle with Hollingberry to give the bombers a good run for home. The bombers headed back towards their base with only a few parting shots from the ships' anti-aircraft guns. 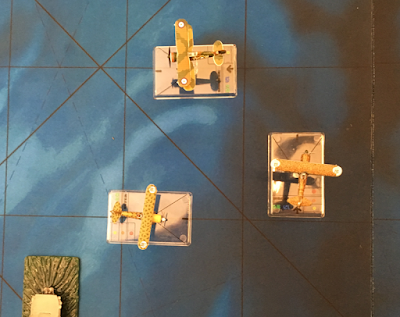 The mission completed, both CR.42's now head for home. Both were damaged and didn't want to stay and fight. They left Hollingberry to circle over the now limping carrier. 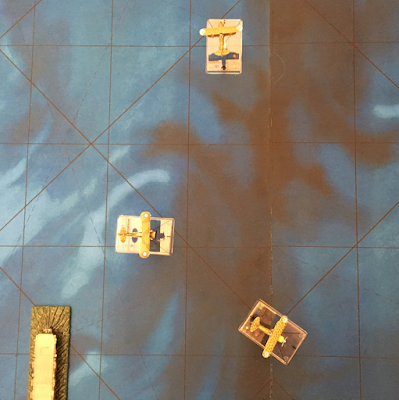 But the stubborn Hollingberry didn't give up that easily, he chased down Tenente Gabriel Firenze Bossonova's CR.42 and with a long range burst shot him down. 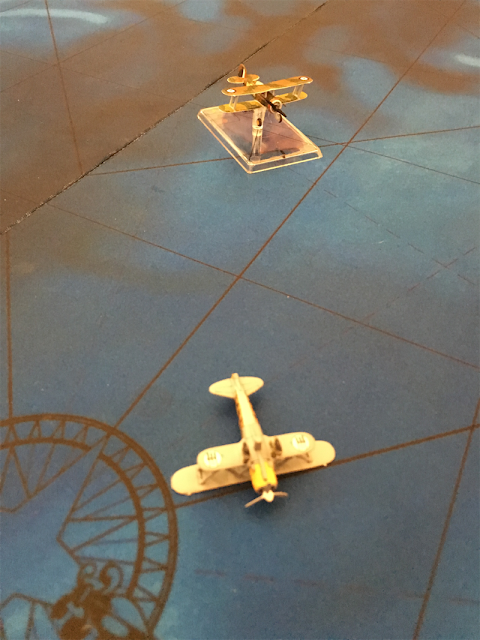 Flying Officer Cholmondeley Featherstonehaugh DFC and Bar ditched his stricken Gladiator near the Carrier's destroyer escort and was picked up. "I was right", he said, "it is muchwarmer than protecting channel convoys". He was injured in the crash, the doctor tried to patch him up and he was soon back in Malta.

Tenente Gabriel Firenze Bossonova ditched his CR.42 and like Cholmondeley he was picked up by the Royal Navy.

ARES has no Savoia-Marchetti SM.79-II Sparviero models so we used models from AIM (Armaments In Miniature).

The ships are 1:1200 Hallmark models sold by Magister Militum.