Battle for Malta - Scenario 11 - Dogfight over the Med

This is the eleventh scenario in our Battle for Malta campaign. The campaign follows the exploits of the Country of Dampshire 369 Squadron Auxiliary Air Force fighting against the Regia Aeronautica squadriglia d'aquila - two fictitious squadrons. We use the Wings of Glory WW2 rules, slightly modified to give faster play. We use the Wings of Glory planes where the right model is available, other manufactures are used to fill in the gaps.

The Messerschmitt Bf 109 E-4 that fought in the Battle of Britain was modified as the E-4/Trop varient to serve in tropical regions and was sent to Africa to support the Afrika Korps.

The 109s were more modern and better armed opponents than the Italian aircraft of the Regia Aeronautica.

Note: this scenario may seem unbalanced, but the Hurricanes and Bf 109 were flown by aces while the Lightnings were both poorer quality planes and had inexperienced pilots. 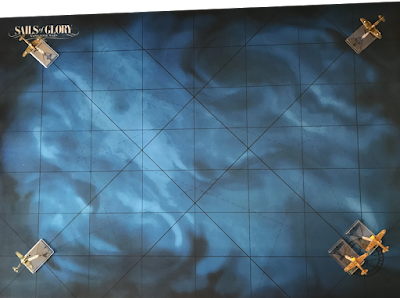 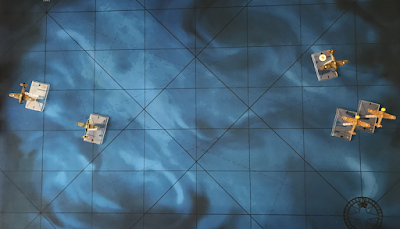 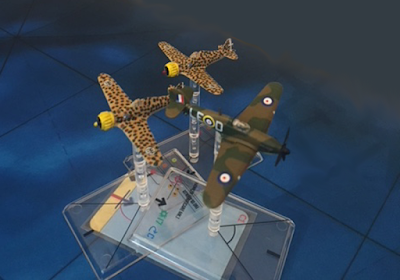 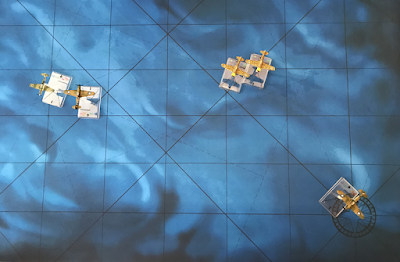 Schlangenaugen gave up circling and headed over to help his Italian friends. 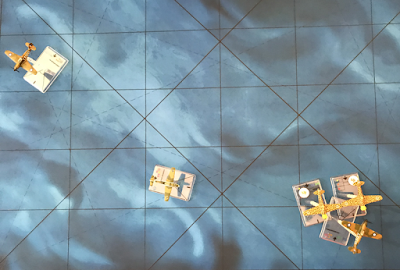 Another head to head firefight as Hollingberry flew over the Macchis who were climbing up to reach him. 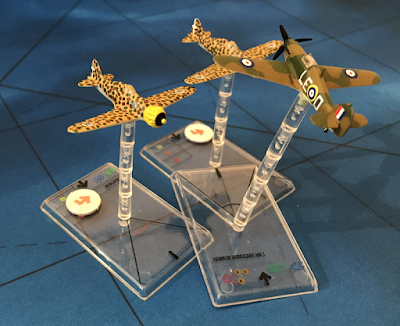 Schlangenaugen gave Hollingberry an unexpected burst of cannon fire from behind. 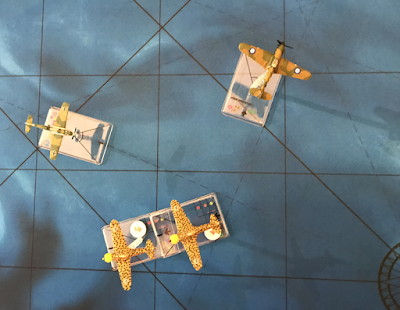 The Macchis were somewhat out of the fight. Featherstonehaugh was nowhere to be seen. 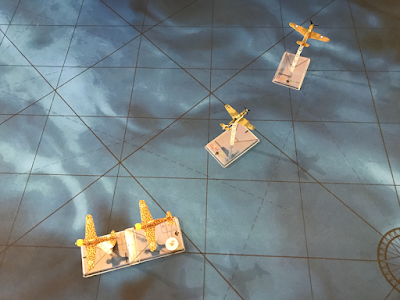 The lead Macchi was so badly damaged that it continued out of the fight. The second Macchi turned to enter the fight but was slower than the Hurricane and Bf 109. Featherstonehaugh was nowhere to be seen. 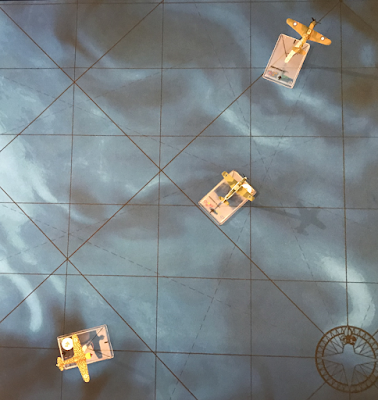 Hollingberyy managed to shake Schlangenaugen from his tail. The Macchi was far too slow to catch up. Featherstonehaugh was nowhere to be seen. 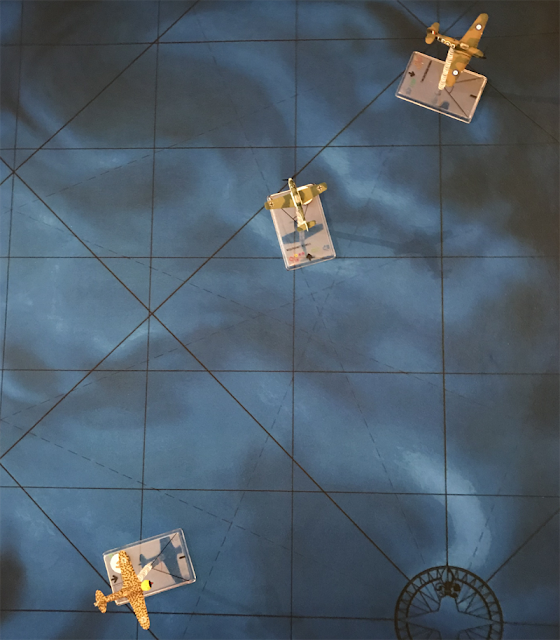 Hollingberry had gained a breathing space, and used it to flee the field. He was wouned and his Hurricane full of holes, he was lucky to still be flying.

Even Featherstonehaugh had fled the field of battle, he had taken much more serious damage at the start of the battle than anyone else had realised. Had he known, Schlangenaugen would have tried to finish Featherstonehaugh off instead of going for Hollingberry.

Having been wounded, Hollingberry was sent to hospital in Valletta to recover. The following night Valletta was attacked by the Regia Aeronautica and Hollingberry's ward was bombed. This delayed his recovery and he will now need to miss two scenarios.

The Macchi C.200 Saetta fighters are from Armaments in Miniature (AIM), an American company that has a range of unpainted resin models in different scales. Their 9mm (1:200) scale models fit well together with the WW2 models for Wings Of Glory. All the models are very reasonably priced, the fighters cost $5 each.