This is the nineteenth scenario in a Battle of Britain campaign that follows the exploits of the fictitious Country of Dampshire 369 Squadron Auxiliary Air Force. We use the Wings of Glory WW2 rules, slightly modified to give faster play, together with our own set of campaign rules. We use the Wings of Glory planes where the right model is available, other manufactures are used to fill in the gaps.

After Bomber Command’s raid on Berlin on the night of 24-25 August, Hitler relaxed his veto on bombing London. On the afternoon of 7th September Göring announced over the radio “I myself have taken command of the Luftwaffe’s battle for Britain”. The following day a huge formation of almost 1,000 planes, one third of which were bombers, headed for East London. The docks and factories on the river were the target.

Early on the morning of the 9th September, the Luftwaffe sent a Photo Reconnaissance Dornier Do 17 escorted by Bf 109s to photograph and report on the damage. 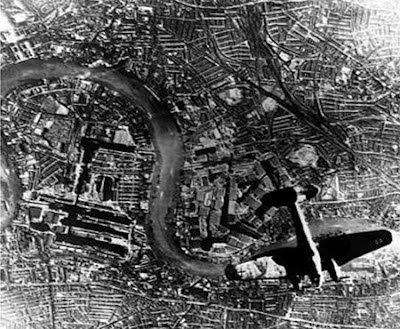 No. 369 Squadron had just landed from a patrol and were refuelling when a call came from the control room to scramble. Only two planes, those of Pilot Officers Emmett Hollingberry and Percy Prune were ready and these scrambled immediately followed a while later by Cholmondeley Featherstonehaugh.

Hollingberry and Prune flew in a loose formation as they were vectored towards the incoming bandits. 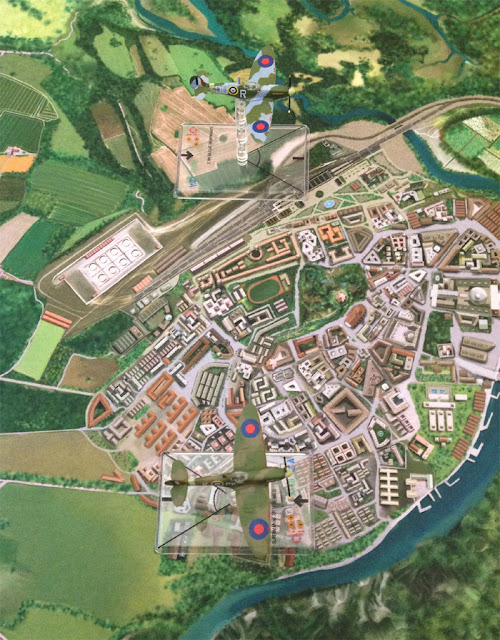 The Luftwaffe had attacked London yesterday with a huge formation of almost 1,000 planes, one third of which were bombers. They had targeted the docks and factories on the river. Now the Luftwaffe sent a Photo Reconnaissance Dornier Do 17 P escorted by Bf 109s to photograph and report on the damage. 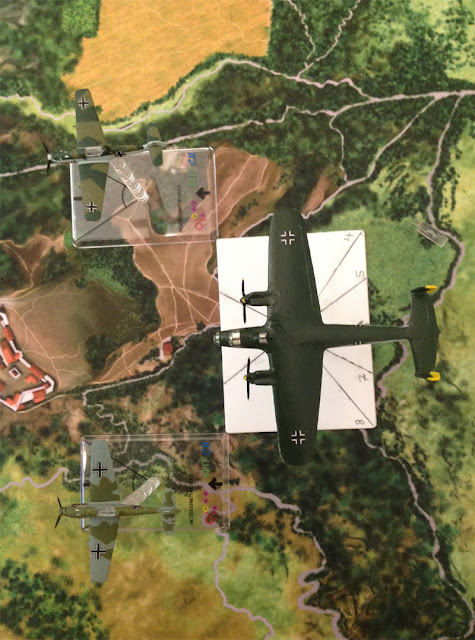 The Me 109 escorts headed towards the Spitfires in order to protect the Do 17 P. 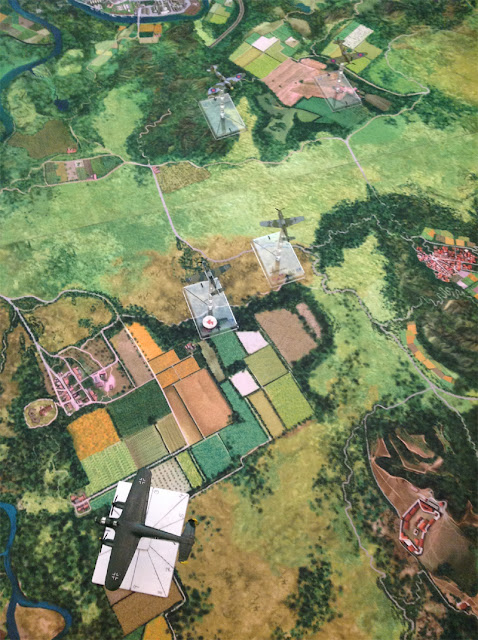 "Tally Ho" shouted Pilot Officers Percy Prune and charged towards the bandits without waiting for his wingman, Emmett Hollingberry, to close up. 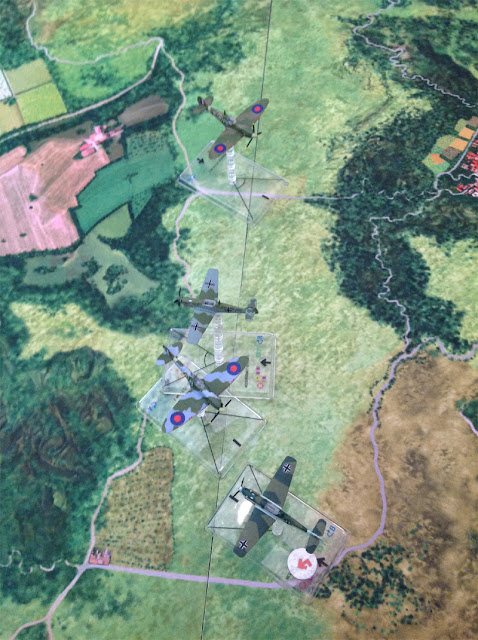 Prune broke through the 109s and headed for the Dornier while Hollingberry joined the fight. However one 109 stuck doggedly to Prune's tail. 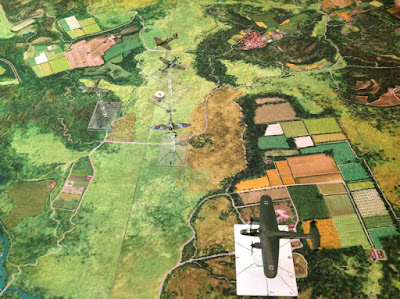 Prune's eight machine-guns peppered the wings of the Dornier without doing any serious damage. Prune was concentrating so much on his target that he never saw the tailing 109 that got him. Prune's engine died and he had no choice but to glide down towards Kent, crashing into a hedgerow surrounding an orchard. The farmer and his daughter pulled Prune from the wreckage. Prune was happy, he'd already lost count of the number of planes he'd wrecked. 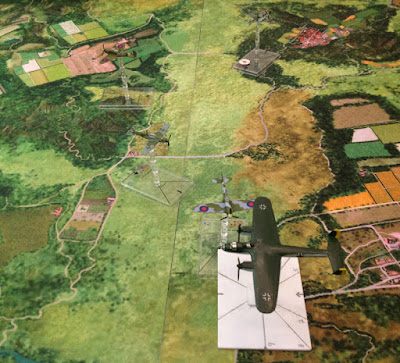 The dogfight continued between Hollingberry and the now smoking second 109. Meanwhile the first 109 circled back to help his comrade. 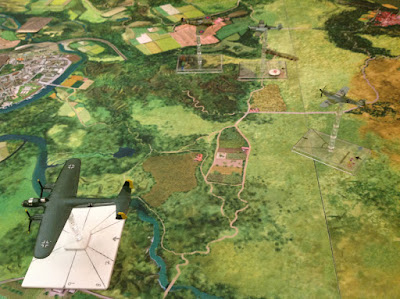 Hollingberry had been chased away by the two 109s, but the late arrival of Cholmondeley Featherstonehaugh caught the Germans by surprise and the Dornier was unprotected. Smoke could soon be seen coming from one of its engines. 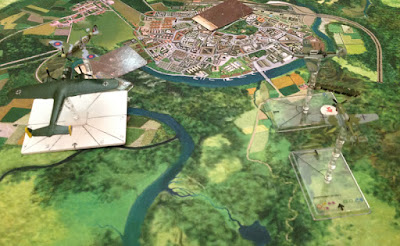 The return of the two 109s meant that Featherstonehaugh had to concentrate on them, leaving the Dornier to start its photography. 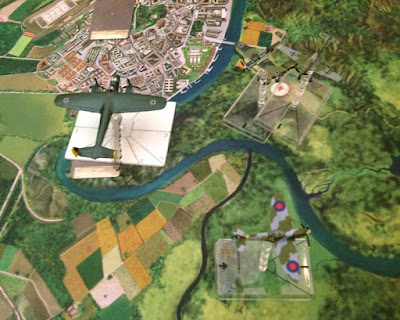 The Spits regrouped as the Dornier continued its photo run. 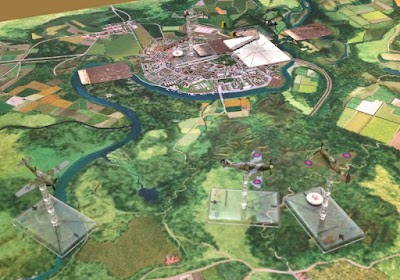 Hollingberry's Spit had taken lots of damage; a final burst of 109 cannon fire did for him. 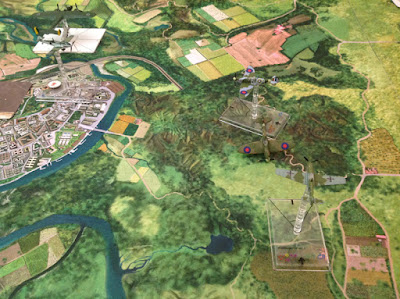 Featherstonehaugh, somewhat upset by the loss of his friend, charged the nearest 109 head-on. Cannon fire from the 109 shot Featherstonehaugh's Spitfire to pieces and as it fell about around him, he jumped for it and immediately pulled his ripcord. 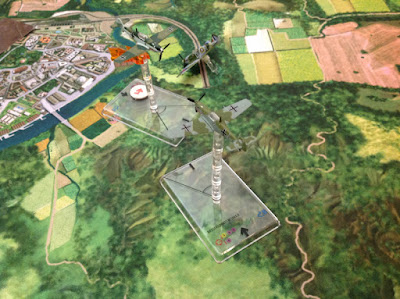 As Featherstonehaugh floated gently down towards the Kent countryside, he looked up past his parachute and saw the burning 109 which he had attacked.

Oberleutnant Sepp Schlangenaugen bailed out from his burning Me 109. He got out quickly and only his boots were slightly burnt. He parachuted into a farmer's field where he was surrounded by half-a-dozen land girls with pitchforks. He was going to draw his Luger, but decided not to bother. Being captured wasn't a problem, we would be freed when the invasion started in a week or two.