WWI Dogfight over the Western Front

This is my very first try with new rules that attempt to use Wings of Glory on a hex mat. They use hexes in order to simplify play over the Internet while staying isolated at home. Each aircraft has a number of different manoeuvres it can perform, but instead of being represented by arrows they are represented by hexes traversed. 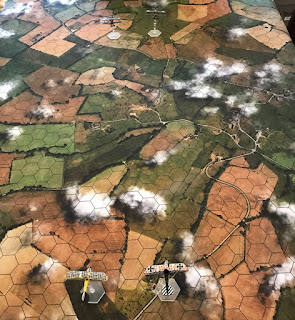 Turn 1:
The Camels tried some sneaky manoeuvring while the Huns headed straight in. 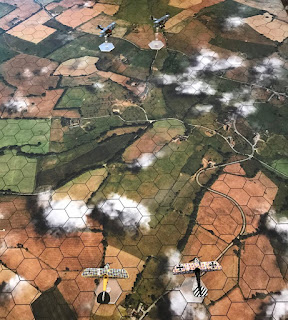 Turn 2:
The Camels turned back straight. 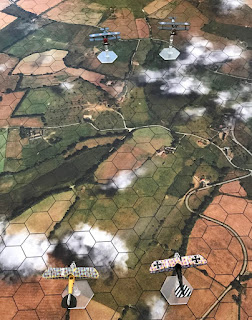 Turn 3:
The continued to close each other. 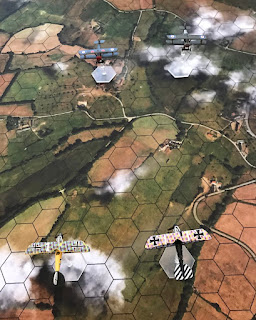 Turn 4:
The combatants met head on. 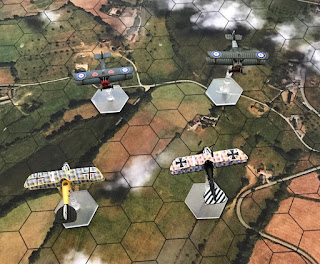 The RFC seemed to be slightly better shots. 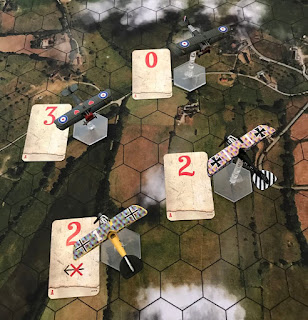 Turn 5:
The Huns tried to gang-up on one RFC Camel at a time 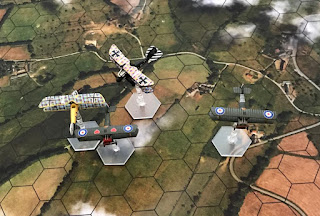 One Albatros D.Va got on the tail of Red Nose doing serious damage with a short range burst. 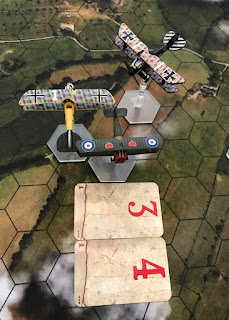 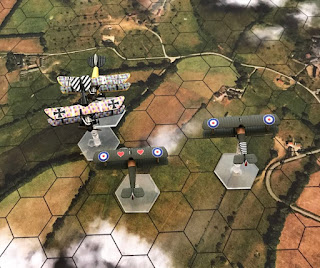 Yet again the Huns tried to concentrate on Red Nose but the black-bodied Albatros obstructed the shot of his yellow-bodied comrade. 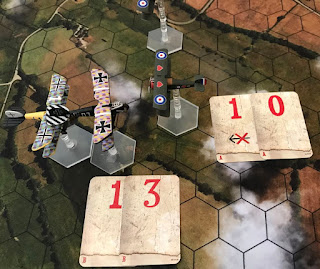 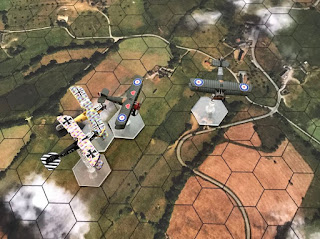 The yellow-bodied Hun fired a point blank burst into Red Nose. However, the black-bodied Hun chose to fire at Grey Nose which had flown straight in front of him even though the range was longer. 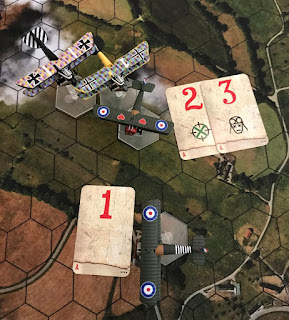 Red Nose could take no more damage, and plummeted earthwards. 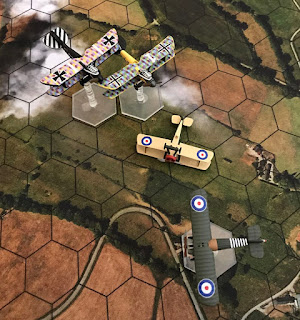 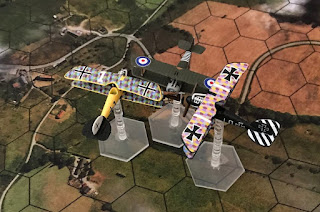 The collision did more damage to the Camel than to the sturdy Albatros. 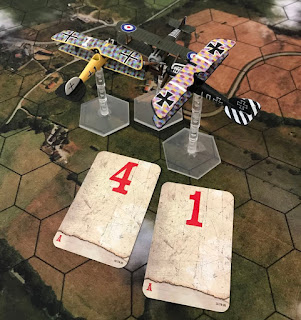 The black-bodied Albatros still managed to get off a burst of fire into the Camel. 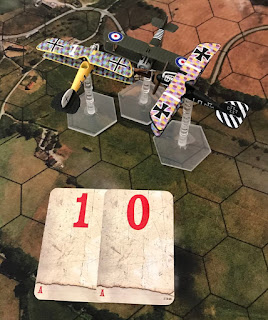 Turn 9:
Using the advantage of its rotary engine, the Camel turned tightly to the right, getting on the tail of the yellow-bodied Albatros. 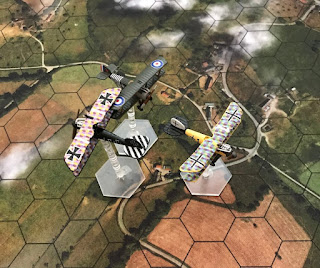 The Camels burst of fire caused major damage to the Albatros, hitting its rudder and causing smoke to start pouring out of the engine. 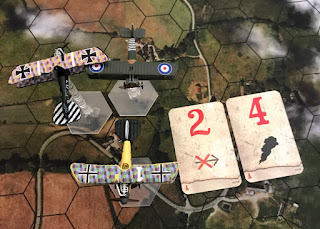 Turn 10:
Both the black-bodied Albatros and the Camel flew slowly straight ahead, while yellow-body performed an Immelmann turn. 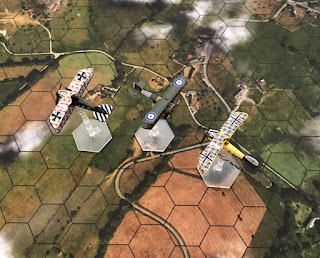 The bursts of machine-gun fire from the Camel did more damage to the Albatros than vice versa. 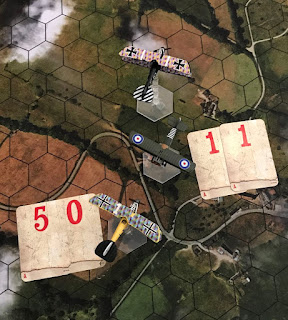 Turn 11:
Now it was the turn of the Camel and the black-bodied Albatros to Immelmann. 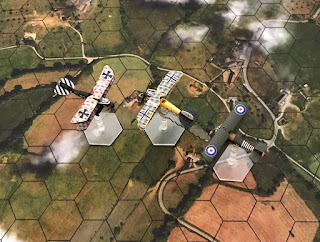 Which gave the Camel a close range tailing shot at the yellow-bodied Hun. The black-bodied Albatros couldn't get a clear shot at the Camel. 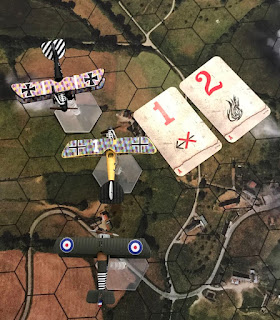 The yellow-bodied Albatros went down in flames! 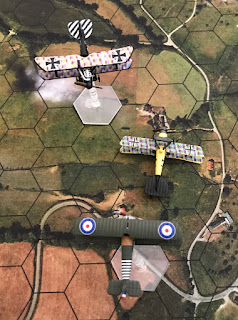 Turn 12:
While celebrating his kill, the Camel pilot made the mistake of letting the Albatros get on his tail. 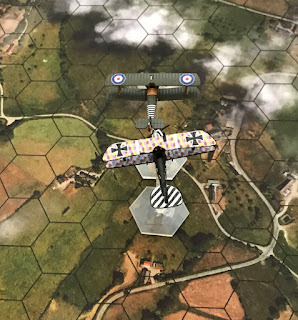 The Hun saw his machine-gun bullets tearing holes in the tail and fuselage of the Camel. Then all of a sudden he heard a loud "clunk" noise and then silence. The Hun's twin Spandau IMG 08 machine-guns had jammed. 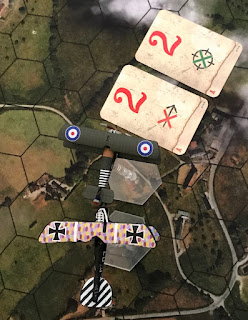 Both pilots turned and headed for home.