British briefing:
A smuggler, flouting the Continental Blockade, has reported two invasion barges anchored behind the lighthouse in Baie de Phare on the on the west coast of Normandy. These must be captured or destroyed. The barges are reported to be nearly 120 ft in length, rigged as a corvette and armed with 12 x 24pdr cannons. They do however appear to be very short-handed. In addition to your own HMS SWIFT (7) 18-gun Sloop you will also have HMS HARRIER (8) 18-gun Sloop and HMS WEASEL (no number) 10-gun Cutter.

French briefing:
Two invasion barges with skeleton crews, on their way up the channel to join the National Flotilla located in the port of Flushing in the Batavian Republic, were damaged in a gale and took refuge in Baie de Phare on the west coast of Normandie where they are anchored behind the lighthouse. The current westerly winds making their location unsafe, you are ordered to proceed with utmost dispatch to give them all necessary help so that they can continue their journey with safety. In addition to your own Bonne Citoyenne (5) 20-gun Corvette you will also have Gaieté (6) 20-gun Corvette.

HMS SWIFT with HMS HARRIER following in her wake and accompanied by HMS WEASEL leaving Plymouth Sound and heading out into The Channel.

Anchored in the middle of the bay were the two French Invasion Barges. I didn't have any models to represent anchored ships so ships under way had to be used.

They started 12 hexes apart, just out of cannon range. The wind marker shows the wind blowing from the bottom of the picture. 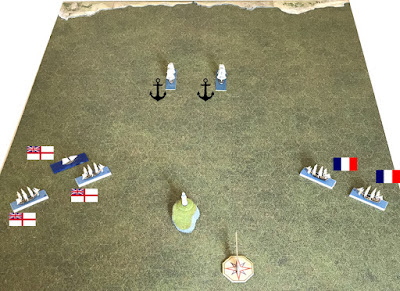 1)
Bonne Citoyenne and Gaieté headed towards both the British and the anchored invasion barges. 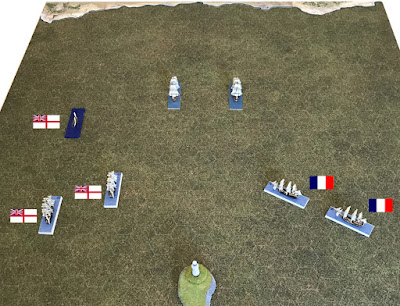 SWIFT and HARRIER turned towards Bonne Citoyenne and Gaieté. Both side withheld fire. 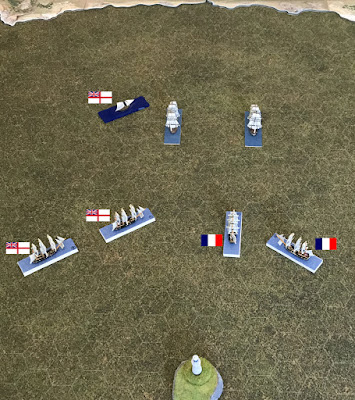 3)
Still under full sail, WEASEL crossed the stern of the invasion barge and opened up with a raking fire. WEASEL also reduced sail.

SWIFT and HARRIER exchanged broadsides with Bonne Citoyenne and Gaieté. 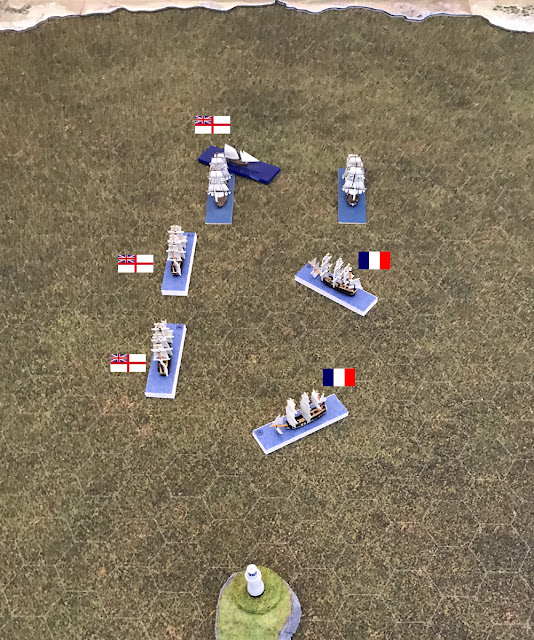 The wind now backed 60 degrees and started blowing from the bottom right hand corner of the pictures. 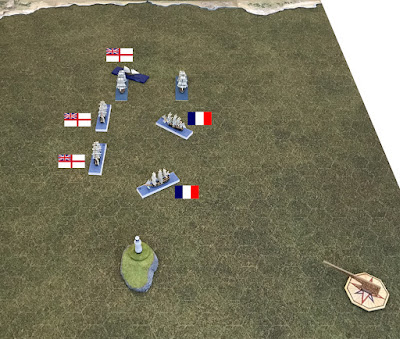 4)
WEASEL grappled the invasion barge, which struck without WEASEL's crew needing to board. 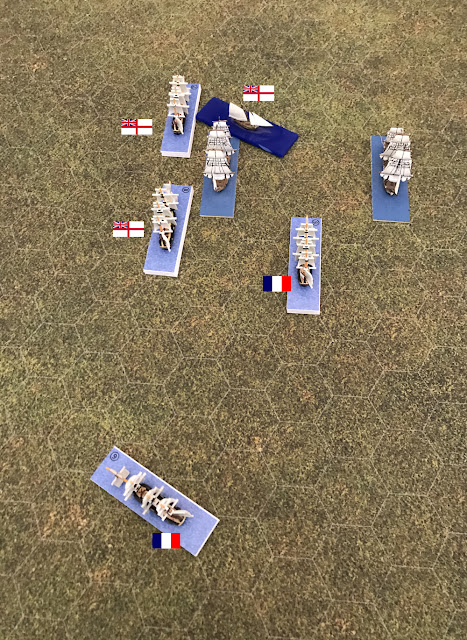 5)
SWIFT crossed the stern of WEASEL and opened fire on the Bonne Citoyenne. 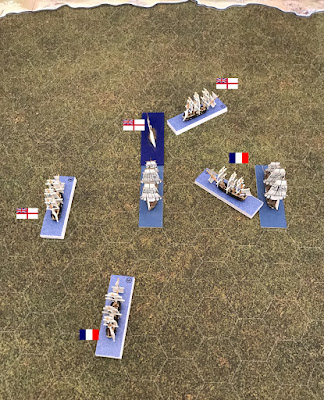 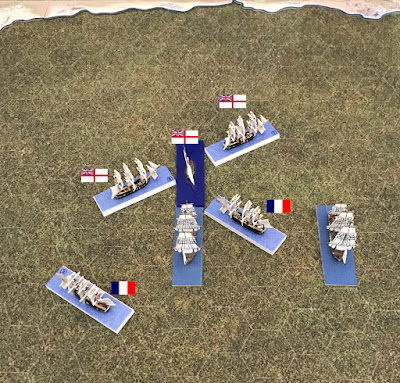 7)
Bonne Citoyenne grappled WEASEL and a boarding action was fought between them with SWIFT's boarding party in support. 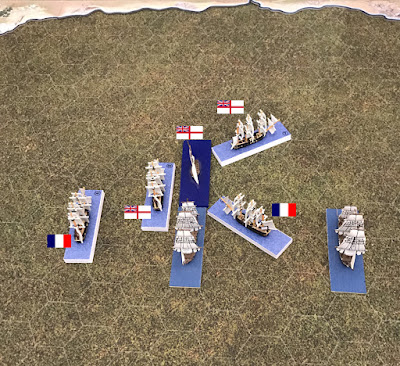 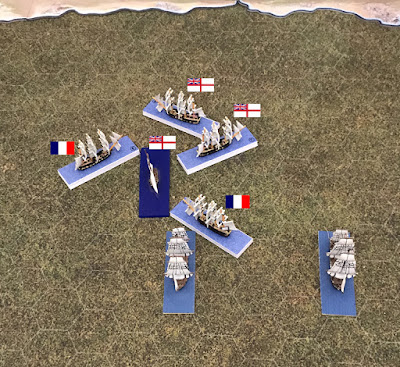 9)
The combined boarding parties from WEASEL and  SWIFT finally overpowered the crew of Bonne Citoyenne. 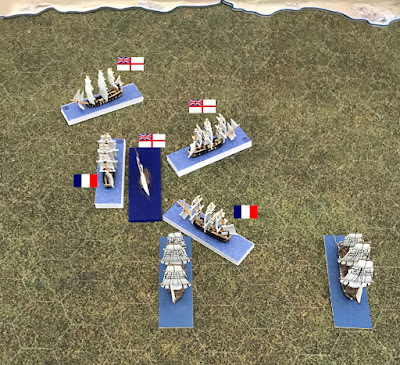 The British captains returned to Plymouth, the news of their success was telegraphed to The Admiralty and praise from Their Lordships was returned by the same method. Praise of another kind was received from their ladies, when it was time to use some of the prize money to purchase smuggled French lace and silks.